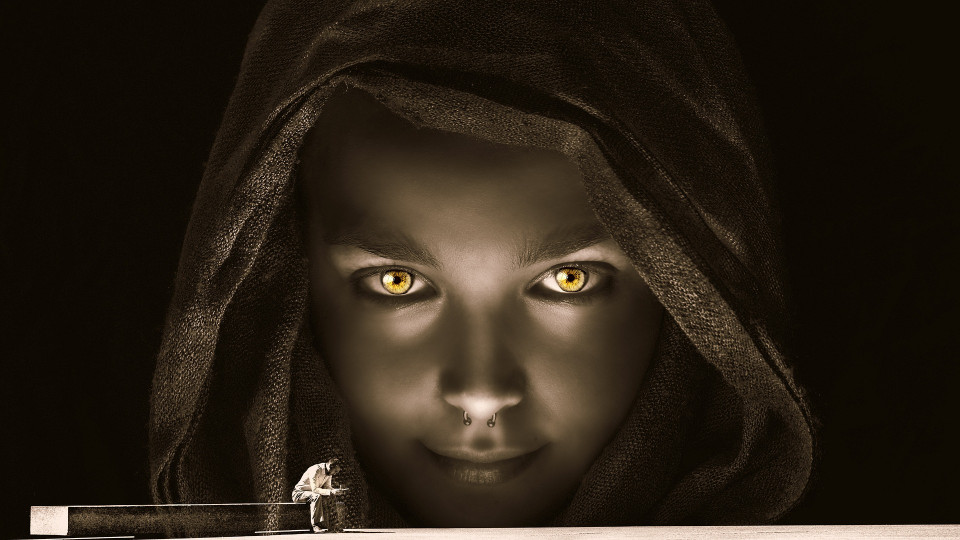 (00:00)
This is Kathy Biehl of Empowerment unlimited.net with Astro-Insight for the week of October 24th, 2022. We’ve got an ooky, spooky Halloween week, lots of stuff rustling in the bushes and in the shadows. Lots of opportunity to dress up. So you know, go in costume all week if you feel like it, even if it’s just wearing little vampire fangs when you go into the bank. There’s a terrific amount of activity. We have the next big eclipse this week, a solar eclipse, partial in deep, dark, intense, spooky Scorpio with Venus in attendance. Now, what does this mean? We’ll be resetting issues of deep personal power, resources that are intensely important to us, issues of control and secrets, and being able to perceive things in the undercurrents, and there’s a lot of that going on. The thing about an eclipse, even a solar one, is that something always leaves. So you can look at this week as starting a process that’s gonna roll out for a number of months, hitting the reset button and updating your ability to have what you really want.

(01:26)
Something will go to make room for that. And as potentially scary as an eclipse sounds, especially when it is in powerful, intense Scorpio, the feminine impulse is extremely active in this, particularly with Venus, right in the middle of the new moon, meaning that love can be steering this event. Maybe in some instances it will be tough love, but it will be birthing, nurturing situations, upgrades, reboots, fresh starts that are ultimately profoundly valuable and probably also extremely selective. As this is going on, our minds and our information flow, our conversations are all dancing with a number of big, big influences. We have adjustments coming involving fantasy, illusion, lies, deceit, ways we’ve fooled ourselves, maybe invitations to look at situations with more compassion and understanding as Mercury is quincunx Neptune. That’s an adjustment aspect, on the 25th, same day as the solar eclipse. Mercury also kicks our butts in gear.

(03:06)
It trines Mars on the 26th, which is a walk your talk, get things in motion, if you think it do it, conversations happening that actually cause a lot of things to start falling into place. And Mars and Mercury are both in air signs. Mars is in Gemini, about to go retrograde — hold onto that thought — and ruled by Mercury, all of which means conversation is gonna be just ratcheting up. Information flow is gonna almost be drowning. But since Mercury is in Libra, a lot of this could have to do with negotiations, with reaching agreements. And it’s not just sitting thinking stuff, it’s actually having an interchange with other people and setting a lot of action in motion. Part of this leads to what may be some hard conversations, some difficult realizations. with Mercury squaring Pluto on the 27th. There’s some stuff that you can’t just sweep under the rug, that you have to face.

(04:20)
This is the uncomfortable feeling in the pit of your stomach when you wake up and you go, Oh, I’m gonna have to deal with (fill in the blank). Then you realize, yeah, I do have to deal with (fill in the blank). You may be forced to be honest with yourself. You may be forced to be honest with other people. You may be forced to cut some way of thinking out or to streamline your communication, or just knock one topic off your radar like, Nope, don’t have time for that. Bam. That’s not important to me anymore. And this particular aspect is a lead in to Mercury changing mode. On the 29th, Mercury moves into Scorpio, the sign where the new moon is happening, Venus is already there. So this adds to the atmosphere of big things happening in our psyches, in our subconscious, with a veil being really thin between the worlds. A lot of telepathy of simply knowing of communication without using spoken or written words. Also of thinking and talking about matters that are very intense, very personal, very secretive, very power filled. All of this energy is incredible for research, for getting to the bottom of things and also for communicating across the veil, which is appropriate given that we are heading right into

(05:57)
Halloween long weekend. Before that happens, on the 28th, Jupiter, the planet that pumps up whatever action it touches, an expansive, magnificent influence, retrogrades out of high energy Aries back into Pisces, where it spent some of last year and the beginning of this year. In between now and the end of December, it’s going to finish its time in Pisces, finish its 12 year cycle through that sign, possibly making us all aware more of how we’re all interconnected, or seeing how things that happen in your life end up tying you to people in other places and situations. There’s just more of a universality of experience with him there. At the end of December, he’ll move back into Aries and then it’s every man for himself for a while. So we’re returning to some energy that feels vaguely familiar. And do note the preponderance of water in the sky.

(07:07)
So this is not a logic driven stretch, not a logic driven week, except that Mars in Gemini stations retrograde on the 30th. He will be retrograde until the middle of January. Because he’s in the sign of Gemini. It’s going to feel at times like a Mercury retrograde only much, much more. So Mars is a planet that does best win moving forward. It is the planet of action. When Mars retrogrades, there’s sometimes a sense of tripping or frustration. Do remember that as with any retrograde, there is the opportunity to go back over old experiences, undo some misunderstandings, clarify things, clean up some old business. This will particularly involve paper and communications since it’s in the sign of Gemini. And take note that since Mars rules things with movable parts, mechanical breakdowns are a bit more likely with Mars retrograde than they are when Mercury is retrograde.

(08:25)
So just keep all that in mind. And as he does this, his first big action is to show us where maybe we need to tweak how we’re going about things. It’s possible that some kind of intense deep level, almost like, uh, irrational, let’s use that word for it, force comes up out of you and you realize, ooh, this is spookier scarier than I really want to deal with. Uh, it may be that you hit some revelation or core truth and recognize, oops, I need to change things. You may run into a situation where a will that is far higher and more powerful than yours is at play. And so it’s time to change course. All of this comes from an adjustment aspect or a quincunx between Mars and Pluto on the 30th, kicking off the Mars retrograde, showing us that maybe the mission that we were hell bent on needs to be pulled back a

(09:34)
Little bit. Rethink, adopt, adapt, improve.
Homing thought of the week: Listen to my gut.
Song of the week: I have two. One is Stronger by Kelly Clarkson and the other is incredibly obscure. If anybody has this, knows it or can figure out where to get it, please let me know. I have it on an ancient cassette tape from the nineties. Gonna Love You to the Grave by the Tetes Noires, which was a Bay Area band, I think.
And the image of the week is: X-ray goggles.
You’ll learn a lots more about this in my forecast for the Scorpio New Moon solar eclipse. And in my talk about the Taurus Scorpio solar eclipses called Living in the Material World, which is in the shop at my site, empowerment unlimited.net, where you can sign it from my mailing list and book a session with me. I’m Kathy Biehl, a professional astrologer with more than 30 years experience. I host the show Celestial Compass on OMTimes Radio on the first and third Monday of every month at 5:00 PM Eastern. I also host Lively conversation on Facebook at Empowerment Unlimited and the group the Astro-Insight Lounge. I have lots of bonus content at patreon.com/kathybiehl, including discussions of the Mars Retrograde and of the US Pluto return, and I’m deeply grateful to the people who support my work there. I’m on Instagram at @kabiehl and on YouTube at the Professional Aquarian Channel. Talk to you next week, and happy Halloween.