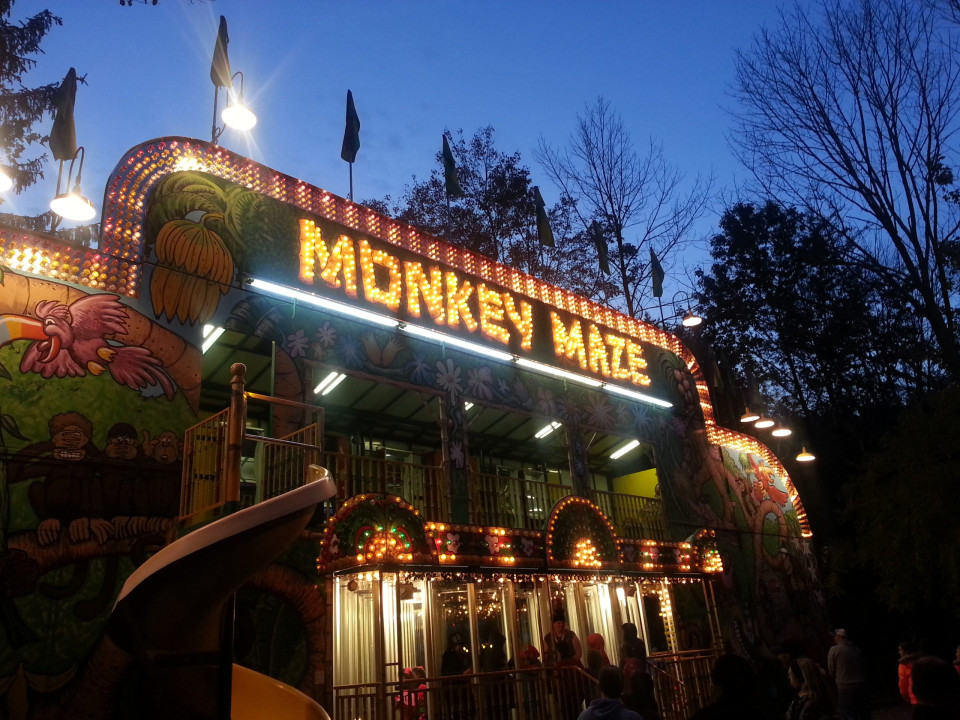 Productive is one positive way of describing this year’s Pisces Full Moon. Cathartic is another. Gentle, sweet, dreamy? Well…probably not this time. This one’s traveling through choppy waters. Dramamine and a life vest may help, but take heart. The force that’s rocking the boat is also parting clouds, lifting fog and making haze evaporate.

Not one for water? How are you with amusement parks? This Moon is also a funhouse that plays with your perceptions – wacky mirrors that distort reflections, rooms lined with perfect mirrors that obscure the way forward, unexpected blasts of air or noises or movement adding further disorientation – yet somehow pushes you along to the exit and a solid reality.

Keep these images in mind as you move through emotions and dramas crashing and cresting now. Bumpiness may be short-lived. Bumpiness may not be about what’s on the surface. Not everything is as it presents. You may be soaking up other people’s issues and mistaking them for yours. Some people may be messing with you. You’re not stuck in any of it. Forces are propelling you through, and the way out may differ from what you think. And if any of this sounds like situations you’ve suspected were already going on, this Moon may extricate you from their emotional hold and offer to take you out of them altogether.

A Pisces Full Moon is inherently woozy-making. It pits boundless, unearthly connectedness and emotions against sensible, worldly, boundary-aware logic. Free-flowing imagination vs. a neatly order to-do list. Blurring the edges of ego and sanity vs. sobriety, intactness and health consciousness. The unhinging end of each of these equations has a greater presence in this Moon, because it is traveling with dreamweaver Neptune, ruler of Pisces, font of compassion and highest love and keeper of the cosmic fog machine. Neptune is cloaking emotional expression and experience with fairy dust, with fog, with gaslighting and misdirection, with romanticism, with a bottle of wine or plate of edibles, with the distorted visions of funhouse mirrors.

As waves build and crest, life may have an air of unreality. We may wonder about our perceptions or sanity; we will probably wonder about what other people are up to. It’s unlikely we’ll wonder in silence. Questions may not get answers; messages may or may not be trustworthy or reliable, but words will certainly be flying. That’s because of the Full Moon’s t-square to Mars, ruler of our drive, in Gemini, the communication hub of the sky. Mars is the pressure point in the back and forth between logic and la-la, between boundaries and all of creation, between the Sun and the Moon. This configuration is behind the Moon’s bumpiness and churning waters. And the t-square’s tension is forcing communication, assertive, aggressive, at times confusing, at times barreling down several paths at once, at times actually managing to make the fog and clouds and smoke clear.

The result has us making like a dog shaking off water after a swim. Our experience may not be as natural as a dog’s; agitation could be driving some of the shaking, as we react to the discomfort of a semi-sextile from the Moon to Chiron. The aftermath puts us in a better place, though. Processing, expressing and releasing free us from some of the emotional tides, particularly the parts we’ve soaked up from other people. We may be a bit soggy from them, but we’re no longer immersed in them.

As for what’s next, this Moon holds out the possibility of other outcomes, of new horizons, of tangible, practical changes that lead away from past patterns. What’s been stirring within you and around you since early July? It’s in reach with the Moon’s sextile to Uranus conjunct the North Node. It may not be that the change materializes just yet; the change may be in your relationship to whatever’s stirring. You might have an opening to move toward it (but not yet to it). You might have an opening for emotionally accepting the prospect of change. You might have an opening for imagining it as reality, or for injecting some compassion or forgiveness or outright divine intervention into the ground around the prospect.

So get ready to ride some waves. Be prepared for a little turbulence. Don’t believe everything you see or hear (or even think). A lot clears up when this is over.