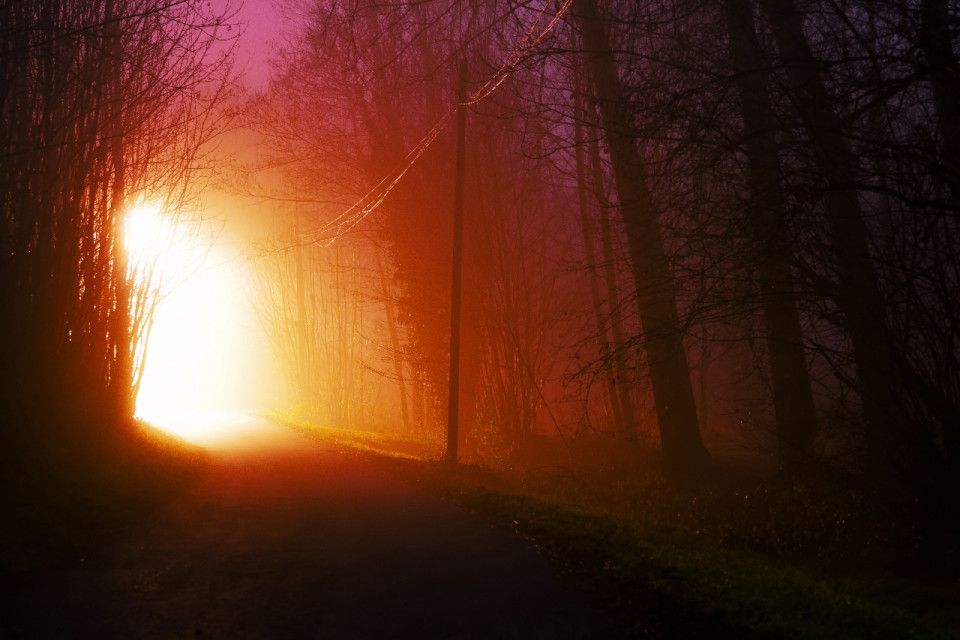 May is a month of revelations, of rethinking resources and values, of crossed wires and do-overs, and of not being able to let things slide. Going with the flow is going out the door and giving way to boldness and aggression.

It feels as if we’re emerging from a dream. The epidemic is subsiding of wondering what day it is. Instead, everyone and everything is off and running without much concern for what the calendar says. Not that we’re not aware of time. We are, acutely. And we’re making up for lost.

The world is coming back to life The month is energizing, life-changing (yes, that again) and still a bit confusing, as we look with new-found clarity at the state of our lives, relationships, bank accounts, etc. and wonder: How did this come to be? And then jump in.

Eclipses dominate the action: the Taurus New Moon that kicks off the month with lightning strike plot twists , and the Scorpio Full Moon that brings a lot of chapters to dramatic conclusions.

The New Moon is technically on April 30, but its complex energies play out for weeks (months, to be honest), birthing wildly new relationships to creature comforts and each other – and inviting more and more disclosures and conversations about power and money.

The Scorpio Full Moon on May 15/16 is a cavalcade of dirty little secrets and power games and all kinds of situations we normally keep private. Fears, paranoia and ulterior motives may be in the mix; so might be issues of sharing, trust and betrayal. It’s not all the stuff of horror films, of course. The eclipse might be as simple as lighting up attitudes about money, possessions and investments and particularly how and where we invest. Change is a given, not just because a lunar eclipse is at work, but also because it’s setting off an action-demanding t-square to Saturn, planet of order, adulting and rules.

Learn the eclipses’ themes and impact on the signs, selected countries and public figures in my talk Living in the Material World.

Between the eclipses, the astrological framework changes dramatically. The lights come up; ignitions turn on; pilot lights erupt into flame. Our social mode moves from airy fairy, I don’t know what day it is and furthermore I don’t really care to Woohoo! Outta my way! Venus drops her mystic ways May 2 and goes all hunter when she enters Aries, where she’ll spend almost the entire month.

Jupiter follows on May 10, revving everyone’s engines until the end of October, when he returns to Pisces briefly for last-minute business. Jupiter in this bold, instinctual, impulsive fire sign boosts moods and emboldens action. That will only grow more boisterous when Mars enters Aries May 25 and no one’s being subtle.

But first, back to the eclipse gauntlet: The first seven days of the month are hop-hop-hopping. Mercury invites disclosures and important conversations when his trine to Pluto becomes exact May 1. It’s all just a first step; there’s more and more to be discussed and, just as importantly, revealed. Pluto’s stationed retrograde, Mercury is inching toward his own about face, and the pair will meet two more times in the coming weeks.

This first pass, though, promises to be huge. Everything’s supersized with Jupiter sextiling Pluto May 3. The potential is watering the garden, or softening hardened ground, or pouring spiritual overtones into the deconstruction of foundations and institutions (which could be in your life as readily as in the outer world).

Plot twists from the Taurus New Moon explode like overloaded light bulbs May 4-6, as Mars (action), the Sun (purpose) and Mercury (communication) link with quick-change artist Uranus. Electrical jolts break our grip and open us to other possibilities. A sextile between the Sun and Mars offers the drive to push ahead May 7.

Still, something is holding our ankles and preventing leaping unfettered into the future. That would be Mercury stationing retrograde May 10, the same day that Jupiter moves into Aries. Mercury is beginning his retrograde in his airy home of Gemini, whipping up minds and mouths and, of course, snafus – who’s going to be thinking ahead, with all that fire and Uranian electricity? — and moving back into Taurus May 22. The return to earth-bound Taurus facilitates exploring and reworking some of the financial and physical business dredged up at the solar eclipse, especially when Mercury makes the second of three trines to Pluto May 25.

Mercury’s retrograde runs until June 3. Learn more about it in my guide for OM Times.

Last month’s heightened feeling of unreality returns as we come out of the eclipse gauntlet. The atmosphere is weirdly soggy, despite the Aries traveling party. Soft-pedaling, indirectness and gentleness are in the air as Mars, ruler of our drive, joins transcendent Neptune. Maybe you’ll be inclined to nap and daydream, or to come up with plans to implement creative insights that found you during last month’s conjunctions of Venus, Jupiter and Neptune.

Beware, though: this conjunction could feel like permission to lose yourself in drink or drugs. If you’re predisposed to that, take care.

Clarity arrives when the Sun trines Pluto May 19 and we redraw lines. The air lightens somewhat with the Sun’s move into Gemini May 20 – except for those redrawn lines, which get underscored by Mars’ sextile to Pluto May 22. Mercury slides back into Taurus that same day, turning thoughts and conversations to tangible evidence and, above all, money.

“Show me!” is a rallying cry, inspired by Mercury sextiling Mars (walk your talk, why doncha) and the indulgent assumptions of the Sun sextiling Jupiter, both May 23.

As Mars jumps into Aries May 24, the sky gives us a fighting chance to moderate and reign our behavior in. Possibilities present themselves to structure your campaigns and quests, trather than rage on, with Venus sextiling Saturn.

Some of your desires, though, are up for restructuring – or cutting out. That’s the demand of the square May 27 between the two planets of desire and money, Venus and Pluto. It may be a case of a monkey with his hand clutching fruit in a jar with a neck too narrow for the hand and fruit to both come out. Or it may be a case of a hidden entanglement coming out in the open. Or maybe being forced to let something – or somrone – go.

The aftermath is paradoxically calm but motivated. The atmosphere settles into enjoying life in the moment. Venus enters her earthy home of Taurus May 28 for a four-week stay. While she encourages savoring the physical pleasures of existence, Mars flies into overdrive with a conjunction to Jupiter May 29.

The month ends with the Gemini New Moon, deeper and more complex than the sign‘s norm. Its ruler Mercury is retrograde, earthbound in Taurus, and fraught with overtones: the destined feel of its closeness to the North Node, the ongoing excavation work of its ongoing trine to Pluto, and a retrograde-heightening square to woozy-making Neptune.

Don’t fear getting sucked back into Neptune’s hat tricks and confusion. The cosmos is nudging us all month long with the discomfort of an ongoing semi-sextile between stabilizing Saturn and Neptune’s mindbending ways. Be mature; be responsible; take the higher path. Those approaches will ground you as you move through May’s fire and intermittent fog.