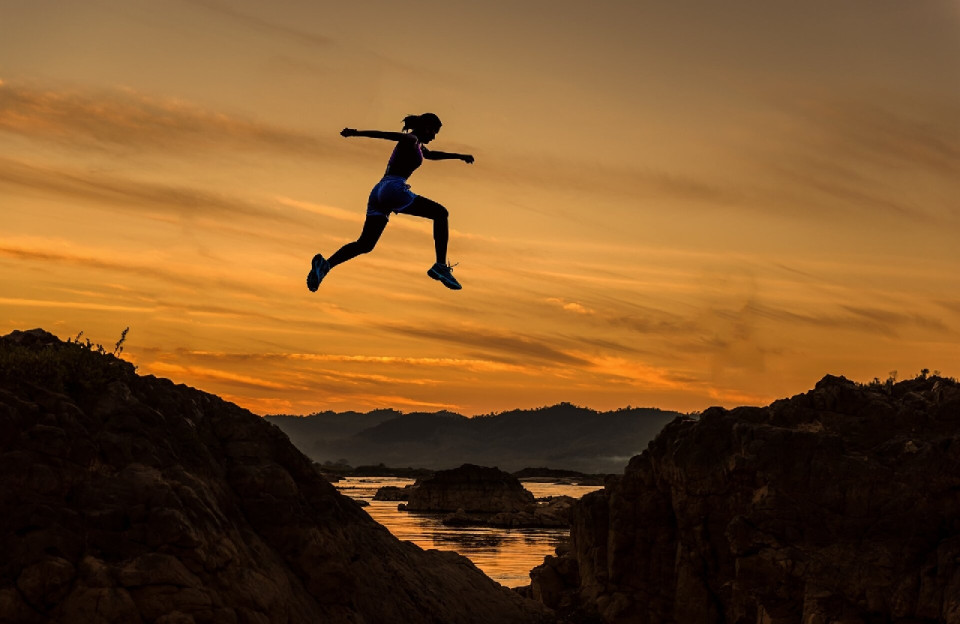 ACTION! Feel the fire? It’s igniting inside you, a gift of the Aries New Moon. It’s the first new moon of the season, 10 days after the equinox and instilling the sign’s bold get-up-and-go in all of us.

This energy is impulsive, self-starting and reactive, triggering responses without being asked or thinking things through. It’s both excitable and exciting, raw and prone to dashing headlong into risks.

It comes with the natural force that pushes a sprout out of a kernel and shoots it out of the dirt and toward the sun – kickstarting the intentions, plans and next phases that launch under this Moon. The force is an antidote to diffuse, confusing, inspiring mists coming off Jupiter and Neptune traveling together in Pisces. The New Moon is piercing those mists and the atmospheric anesthesia they’ve emitted, and awakening us all with a jolt of caffeinated moxie.

Everything that starts now launches with great force and enthusiasm, not to mention disregard for perils that may come. This Moon is also boisterous and loud. We’re not just running around, but also hooting and hollering and yelling about what we’re doing.

Nothing subtle here. Inside voices? Good luck finding yours (or any). Mercury in Aries, close by the New Moon, is firing up our minds and mouths. We’re using our words to coax our seeds into being – more like shout them into shape – without giving a thought to feelings or politeness or niceties.

The combo is great for speaking up, for pitching projects, making bold moves and strikes and in general pushing yourself. It definitely supplies an instinctive, unquestioning nerve many of us need.

There will be more than that, however. Some of what gets blurted has the finesse and maturity (not!) of Bart Simpson (Outta my way! Eat my shorts!) Some is combative, provoking, angry and bullying. Some is mean and triggering, deliberately and not.

All those less friendly Aries potentials are enhanced in this lunation because the New Moon is not merely with Mercury, but also Chiron. The Moon is actually sandwiched between them, operating with their influences bearing down and molding the energies.

Chiron in Aries has been stirring issues of anger and aggression, the power (or lack of it) of the individual and – seen evidence of this one? – toxic masculinity. Watch warring words heat up, exchanges about war heat up, and outbursts from angry men heat up.

New growth is possible from all this. People will certainly be motivated to speak out, and to articulate unconventional approaches (thanks to the Moon’s discomfitting semi-sextile to Uranus.) Dialogue may well follow, especially arguing about, and ultimately dealing with, war and aggression (and maybe even angry men).

More fuel for forcefulness comes from the Moon’s wide sextile to Mars, the ruler of Aries. This aspect opens opportunities to act, to leap and to push ahead, with an emphasis on friendships, group situations and communities.

Mars is putting a restraint at our disposal that is uncommon for Aries. The warrior and first responder of the gods is hurtling toward a conjunction with Saturn, which is exact April 4. When these two meet, frustration can result, akin to having one foot on the brake and one on the accelerator. Another playing out is possible, though. Saturn’s presence reins in Mars’ impulsivity and hotheadedness – and, more importantly for the long run, adds staying power that encourages sustained action (rather than a burst that fizzles when we lose interest).

Although forethought or premeditation is not likely, inspiration can guide all of the Aries’ launches and forays. Mars and Saturn are semi-sextile Jupiter and Neptune, a link that just as easily nudges us to act for higher purposes as it does irritate us into escapism. Add to this a decidedly fated overtone, with Mars and Saturn squaring the Nodes (Saturn exactly). All our excited and exciting projects, launches, actions and communicating are pivoting us from the tried and true toward a different collective set of values and experience of resources.

So go for your dreams. Take risks. It’s what you’re supposed to do now.