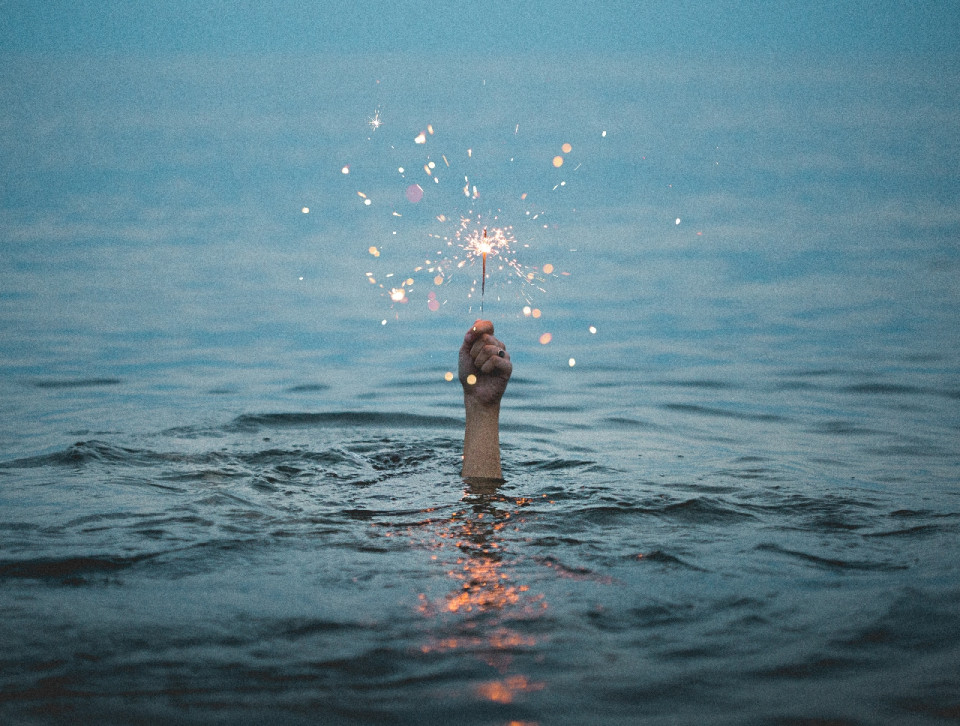 We’re setting sail in April. All aboard the Love Boat, destination Fantasy Island – nostalgia is in the air – and magical, mystical points beyond.

The defining aspect of the year is peaking – the meeting of Jupiter and Neptune in Pisces – and taking us on a journey, through time/space, into the clouds, into waking dreams of unicorns and mermaids and poetry and rainbows, wrapping us in soft, gentle gauze, numbing harsh realities and lulling us to sleep…sleep…sleep…

If only. Immerse youself in any quiet magic you can grab, because the rest of the sky has other activities in mind.

On team escapism: The ringleaders, indulgent Jupiter and boundless Neptune, meeting in the all-connecting waters of Pisces. Their conjunction is amplifying all of the best qualities of the sign: imagination, kindness, compassion, forgiveness, magic, miracles, divine connection and guidance, uniting humanity in commonality of experience. Other possibilities are escalating, too, of course: delusion, spaciness, deceit, and all the many forms, including chemical, of unhinging from mundane reality.

It’s unlikely that any of us will have a strong, clear sense of the personal and collective meaning while this pair is at max strength. They’re birthing developments that may slip past notice at first and prove definitive as years go on. Case in point: the last time they met in Pisces, in 1856, Charles Dodgson adopted the pen name Lewis Carroll, under which he wrote a fantasy series featuring a female protagonist that has molded our collective imagination for a century and a half so far.

As they meet, they’re moving toward a sextile with the ruthless, relentless transformational imperative of Pluto in Capricorn. The Pisces pair may soften the ground that’s under unavoidable renovation. It could turn the turmoil into art, theater and music. It could inspire a greater coming together of humanity, relief efforts and gentle kindnesses. The sextile could also invite an outpouring of prayers and miracles and intervention that defies reason, and just might be angelic.

This is an unparalleled, truly once in a life time assist for any creative endeavor. The conjunction is exact on April 12, but in effect all month. Allow yourself time to be fallow and quiet and dream. Be open to whatever flows through you; capture it by writing it down, typing it onto a device or recording your experience. You may be too spacey to recall the gems pouring into you.

Also on team escapism: Venus, goddess of love, ruler of creativity and lover of indulgence, the worldly counterpart of magical, mystical Neptune. Venus starts April in the friend zone of Aquarius, filling the atmosphere with detachment and pack animal preferences (pals and team members, the more the merrier).

She joins the Pisces party on April 5, inspiring stars in our eyes, gentleness, nostalgia, romance and viewing life as a rom com, inviting seeing the best in everyone and everything and in general endangering abilities to wrap up tax returns accurately and on time.

Her poetic inclinations build through the month. She prolongs the peak Pisces energy by meeting her higher love overlord Neptune April 27, then whipping up desire and indulgences with Jupiter April 30.

Before she floats off into Pisces, though, counterbalancing influences are already at work. The first launches the month, shooting bursts of energy into us like flames igniting on water in an amusement park ride. Drive and gumption come back on line with the Aries New Moon April 1. It ignites minds and communication as well, with a conjunction to Mercury. A sextile to Mars adds to the energy; his growing conjunction to Saturn gives us a fighting chance of not running amuck and leaping wildly and acting like fools.

That conjunction becomes exact April 4 and delivers a grounding cord just before Venus floats off into fantasy land. The promise of last month’s Venus/Mars conjunction comes to earth, slows, perhaps to the point of pausing, hits a wall, meets structure, finds stability. Even a no provides form.

Openings for more information follow quickly. Mercury sextiles Saturn April 8 and invites us to get clarity, calm down and take responsibility for what we’re sending out (or listening to).

And then, we’re off! A door opens to walk our talk and put ideas into action, when Mercury sextiles Mars April 8. Powerful information is soon forced out. Hard, important conversations ensue when Mercury squares Pluto April 10. As secrets fly out, ask questions and bring up issues that scare you. Watch the air clear and your thinking simplify.

Real-world matters fill our minds and conversations starting April 10, after Mercury moves into show-me Taurus. He fixates us on the here and now and the tangible, with an assist from the Sun sextiling grounding Saturn, as Jupiter and Neptune slide into the exact conjunction April 12. One side effect of this coinciding is questions like how can I make this download real? How can I master this? How can I monetize this?

Another question enters the mix when Mars moves into Pisces April 14: What can I do to help those in need? This sign is not generally considered favorable territory for the warrior god. He deals better with pushing ahead, and pushing in water can be unpredictable. Watch for efforts to be gentler, soft-pedaled and indirect (to the point of being passive-aggressive, possibly). Overly forceful action in water can go in unintended directions, not to mention come back at the sender.

Relationships, agreements, dealing making and issues of getting along crest at the Libra Full Moon April 16. Opportunities to talk, to coordinate, to negotiate and to mediate are possible, thanks to a sextile from Mercury to the Full Moon’s ruler Venus. Nothing’s a sure or safe bet, though. Mercury is conjunct radical change agent Uranus, so plot twists, epiphanies, changes in thinking and out of the blue developments are coloring the action.

Our hearts and relationships may get on board with some of the wacky shifts, when Venus sextiles Uranus April 18. The atmosphere is not flowers and chocolates by a long shot, though. Huge internal shifts are at work; subterranean forces are roaring up and forcing power realignments internally and between us and others, as the Sun squares Pluto.

More focus on earthly matters follows. If the Sun’s entering Taurus April 19 doesn’t sufficiently put tangible reality in the spotlight, Mercury’s square to Saturn draws it there by forcing issues of responsibility and accountability.

A higher meaning or purpose is within reach, and so are imaginative or inspired approaches, as Mercury sextiles Neptune and Jupiter (April 24 and 27). We have opportunities to concretize and put into words the fruit of the Jupiter/Neptune conjunction, as Venus adds more glamour and glitter to it April 27 and 30.

Even with the clouds and romance and inspiration, our minds are getting clear and focused. Mercury trines Pluto April 28, once again revealing secrets and the workings of power. The revelations and laser cuts facilitate the first eclipse of the season, the Taurus New Moon solar eclipse April 30. Let your heart guide you to let go your grasp – not so much let go and let God, but let go and let good.