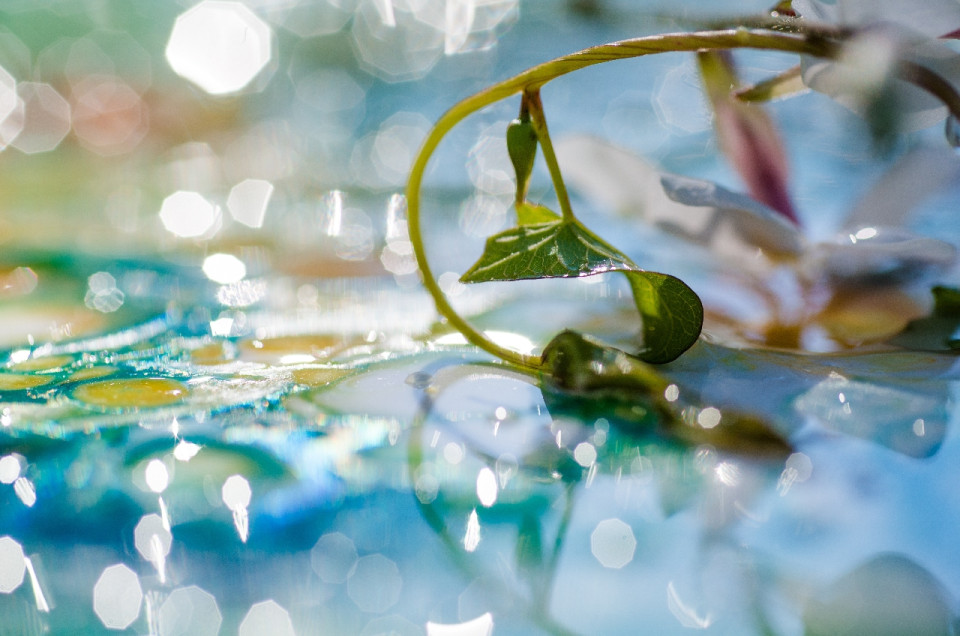 This year’s Aquarius New Moon comes with a grounding cord and a supervisor. The fresh starts it heralds aren’t the stuff of celebration or exuberance, but they have the promise of staying power – if we commit to them and work.

It’s quiet, still, solemn, and sober (or sobering). Life is on slo-mo, with Venus and Mercury motionless as they complete their retrogrades (Venus stationing on January 29; Mercury inching toward his direct station February 3). The sense of being suspended encourages really contemplating what you’re intending, what you’re planting, what you’re setting in motion. This Moon’s seeds are lacing the progressiveness and farsight of Aquarius with practicality, realism, and steadiness. Nothing willy-nilly or slap-dash or fast-tracked is growing out of this moment. Slow, steady development is on the schedule.

Something in the air is encouraging patience and acting responsibly, maturely, like an adult. That would be Saturn, planet of order and adulting, looming over the meeting of the Sun and Moon. He’s signaling – and will prove it if you test him – that moving abruptly or quickly will run into obstacles or walls.

His presence lays a blanket of heaviness over the Moon’s potentials, which have built-in limitations, burdens, delays, and obligations. Life feels serious – not ominously so, but realistically. (That word again.) The Moon resonates simultaneously with the moment and with the long-game, as in the early stages of a chess game.

Disruption and instability are detectable, yet little of that is erupting openly right now. Instead, it’s mostly historic, echoes of the rattling, cracking and crashing of networks and institutions and systems last year. Their current condition is the playing field for this New Moon. (Or garden. Or launch pad. All those metaphors work.) Whatever is set in motion now is emerging from areas that were tested and worked over last year.

That’s because the aspect responsible for that testing and working over locks directly into this New Moon. The aspect was a dynamic, action-demanding square between the two rulers of Aquarius – the serious, structure-oriented ancient ruler Saturn, and the erratic, disruptive modern ruler Uranus. Saturn is conjunct the New Moon, and Uranus squares it. Saturn is imposing order and constraint; Uranus is impelling breaks from the norm, innovation, and unconventional perspectives.

Last June and December may well tie to this Moon’s births. The Moon is just about at the location Saturn occupied during the mid-June square. Uranus is still at the degree of the December square.

You may be able to draw a line from developments then to the growth stirring now; they play a role somehow. The Aquarius New Moon provides the distance and perspective to acknowledge and accept that changed conditions are with us. Instead of fighting them, ignoring them, or denying them, it’s time to use them as the starting point for what comes next.

The presence of Saturn and Uranus is a gift to this process. Saturn is providing stability and durability to the fresh starts. He’s imposing structure and grounding for the epiphanies and liberation and re3sidual debris from last year’s squares to Uranus. (See if you don’t find see ways to stabilize your life.) And Uranus is pushing the fresh starts along, zapping ideas, intentions, seeds and other new growth with genius and surprises and electricity, and preventing the process in general from getting stuck in slo-mo. (See if you don’t find freer perspectives or approaches.)

Uranus is one reason the ponderous atmosphere won’t trap us in slo-mo. The other is the Moon’s semi-sextile to Venus, an irritating aspect that nags us into facing the discomfort it’s causing. This one is another reminder that conditions have changed, and so have we.

The semi-sextile ties the New Moon to a second recent astrological influence, Venus’ six-week retrograde review of what we once valued. It gave information about yourself as you are now, through reminders of what and who used to be important to you and of relationships and situations that current you would not imdulge.

Time to act on it: That information is needling you – not as disruptively as a Uranian jolt, but persistently, until you handle it, in a way that breaks from your previous m.o. The information has a place in the New Moon’s seeds and intentions. The semi-sextile is another indication that old conditions, old ways, and old approaches are behind you. Push through discomfort. Saturn has a grounding cord, and he’ll reward the effort.