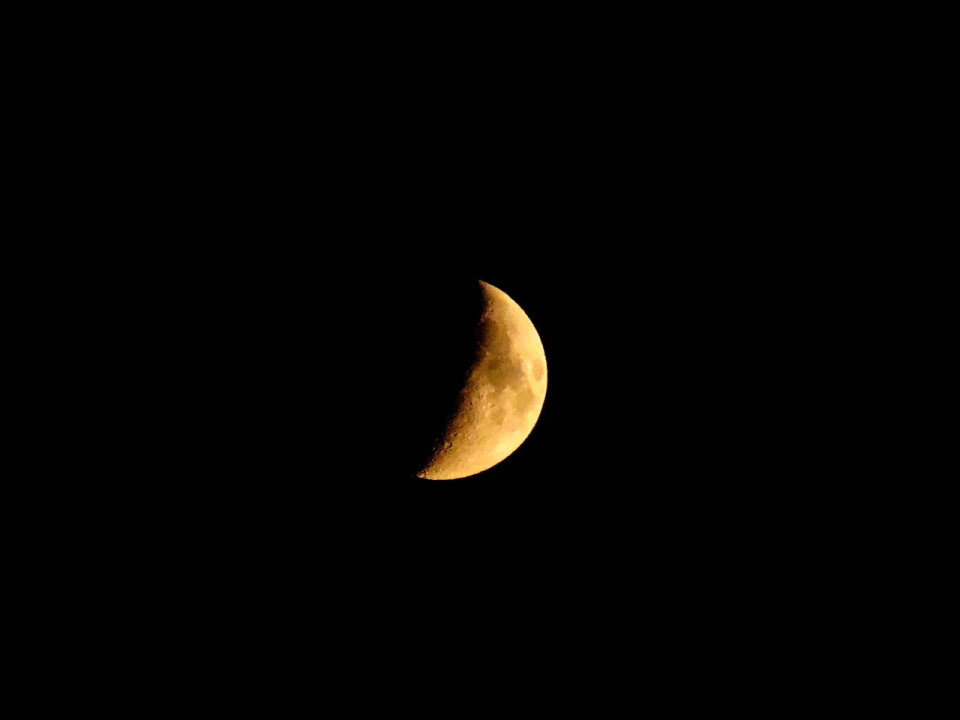 The intensity of recent weeks is finding relief and release in the Taurus Full Moon.

It’s a powerful milestone and comes on organically, and probably without struggle. It supports making important changes with ease, and leaving lots of attitudes and dramas in the past (and some people, too). And it has a yeast-like quality that causes seemingly tiny developments to expand and expand.

Which doesn’t mean it’s not going to be emotional.

Every Full Moon brings a high tide of emotions. The waves and crests and crashes are even greater when the Full Moon is a eclipse. Throw bigger-is-better Jupiter into the mix and … events are bound to be memorable.

Focus is on creature comforts and how safe and secure ours make us feel. Taurus is the “show me the money” sign, preferring comforts that we can experience with the senses and, preferably, take to the bank. A Full Moon in this sign energizes the Taurus/Scorpio polarity, which runs from the material world to huge forces that operate and steer outside our sight.

This axis is the site of the eclipse action coming over the next couple of years. We’re shifting gears right now from Gemini/Sagittarius themes of the role of information and beliefs to a tangible revisiting and rebooting of money and resources – what you earn, where and how you invest, what return you get.

December’s Sagittarius New Moon is wrapping up the outgoing cycle, with a solar eclipse that shoots us into new horizons.

While that wrap-up is building, this Taurus Full Moon launches the next cycle with the revelations and endings of a lunar eclipse (this one partial). Under this influence, jobs, people, situations and attitudes leave, never to return. It may help to look at the hubbub as clearing the way for upgrades to come.

Some departures and changes of heart are immediate, like a switch flips, because the Moon’s ruler Venus is in a tight trine to Uranus, cosmic quick-change artist. You may be in a conversation or in thought and suddenly BAM! A situation changes.

Some shifts and departures, possibly most, are outgrowths of longstanding upheaval in foundations or family systems – inevitable developments and unstoppable change whose time has come, courtesy of the Moon’s trine to Pluto, cosmic agent of unavoidable change.

All of it is intense, deep, penetrating, swirling with monsters and secrets and details you hadn’t seen lurking below the surface. This spooky, unsavory lot has been popping up lately, as communication chief Mercury has linked with Pluto, keeper of secrets and Scorpio’s modern ruler, and with action hero Mars. Mercury is close enough to be pouring his intel into the Full Moon, which is processing the data emotionally. Mars, the traditional ruler of Scorpio, is in the sign too and inspiring stealth manuevers and strikes. He’s stirring up change as well from his opposition to Uranus, which adds tension to destabilizing, liberating impulses.

Mars and Uranus are widely pressuring Saturn, ruler of order, the status quo and adulting. The comings and goings – mostly goings – of this Full Moon are part of the lead-in to the next big stress test coming in December, when Saturn and Uranus form their third exact square of the year. The practical impact? Leftover debris from the Full Moon will shake, rattle and roll – to the ground, out the door – when the third square hits.

As if the participation of Uranus and Pluto in a lunar eclipse weren’t enough of a prescription for change, the cosmos is adding a strong, “And I really mean it!” All the dramas and developments, departures and changes of heart are supersized by the Full Moon’s t-square to Jupiter, the guy that enlarges everything he touches. His influence is far from heavy handed, but it’s unmistakable. He’s an advocate for excess and, like Taurus’ ruler Venus, he deals in indulgence.

Jupiter makes each end of this see-saw demand more dominance, and then more. As the Moon grows to fullness, our hearts are going to want comfort and security we can touch and taste, while our minds and wills consort with cloaked power that may not be entirely conscious. As the push-pull escalates, a lot of what we’ve been holding on to no longer feels good. Grips break. Situations snap. Desires change. People leave. No point in fearing or dreading any of this. A lot of it will simply unfold, and unfold simply. A lot has been in the works, even though the playing out may startle you. And some of it you are going to instigate yourself.

Wrangle the eclipse’s energies with my visualization Working With Pluto.