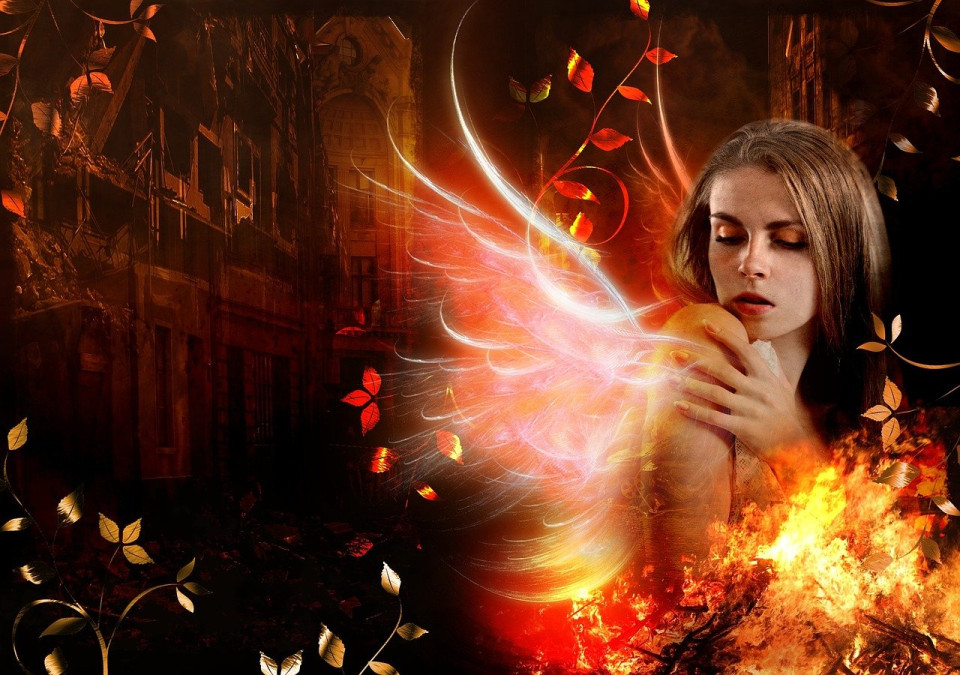 The Aries Full Moon spotlights the challenge of balancing your needs with those of another person. The equation has been trickier than usual in the past couple of weeks. Now it hits a point of long-simmering change, with no going back.

A Full Moon brings heightened emotions and dramas, which swell and crest and eventually release. They tend to be boisterous and rough when the Moon is full in Aries, which adds fieriness, impulsiveness and forcefulness to the mix.

The sign is ruled by warrior god Mars, planet of push, whose skills and methods are not compatible with the softness generally associated with the Moon. This is not brooding, gentle, expressive territory, but the stuff of bold action, fearlessly rushing into blazing fires, and hair-trigger tempers.

Relationship issues have been hot and rearranging since the Libra New Moon two weeks ago, which was laced with action and aggression and quick-change adjustments. Now we measure what has been developing since that Full Moon. It’s not a contemplative exercise, but one that forces hands and – that word again – action.

This Moon likely has you letting off steam, making bold pronouncements, and standing up for yourself without hesitation. You have plenty of provocation, and plenty of pushback from the other side. Befitting Libra’s push-me-pull-you tendencies, this Full Moon has one influence that favors the side of the individual and another that pushes the agenda of the partner or relationship.

In the individual’s corner is Jupiter, in the opportunity aspect of a sextile to the Moon, fanning flames and inspiring going over the top and then some. He’s acting like the corner man in a boxing ring, telling the fighter (that would be you), “You can do it!” – not to mention in general winding the fighter up to go in with maximum power.

And who is that championing the other side of relationship equations? It’s the Moon’s ruler Mars, over in enemy territory, traveling with the Libra Sun. Mars was exactly conjunct the Libra New Moon and has been running with the Sun since. Mars’ continuing presence directly links the current emotional harvest (or drama) to the New Moon, and reminds us that processes are by no means at their conclusion. His opposition to the Moon puts other people’s agendas on the table, defends the other side or the relationship, and triggers as well as blocks individual outbursts.

This kind of stand-off could go back and forth and back and forth. The tension between “me” and “you” is extreme and unresolvable on its own. Resolution and release are, however, very much in the picture, due to the intervention of a far greater force. The Aries Moon and Sun/Mars conjunction in Libra are bearing down from opposite directions on Pluto in Capricorn, which has been plowing through foundations and structures and dredging up secrets, nasty truths, compulsions and terrors.

The configuration is a t-square, and it is activating monumental transformation. Let the sayings unroll: Something’s gotta give. Resistance is futile. Let go and let God.

A lot of what gives way now has been getting quite the workover all year, and particularly with recent squares to Pluto. Situations and structures are coming into this Full Moon significantly destabilized. The pressure will shake them more and force tectonic plate shifts. How you navigate it is getting an upgrade, another perk of Jupiter dangling offers to the Moon. Think of this Moon as accelerating your evolution. Or leveling up your personal superpowers.

Figure out first hand how to grapple with evolutionary forces in my Working With Pluto guided vosualization.

Image by Jasmin Key from Pixabay