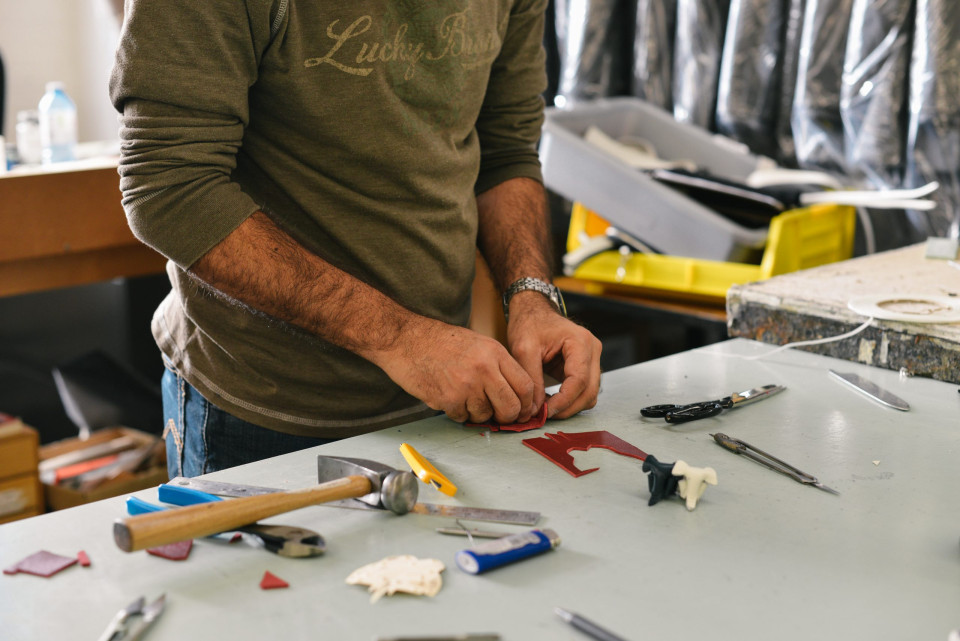 All that work you’ve been doing? That effort you’ve been expending? It’s not going away; it’s going differently. And September proves that doesn’t have to be dull. In fact, this month, it’s anything but.

We’re working smarter, digging deeper and, sometimes, hitting paydirt. It feels like we’re getting somewhere, finally, even when the process takes us backward, or drops bits of the past into our minds or path, or sets the stage for revisiting and do-overs.

The reason is one of the month’s big themes: retrogrades. All the outer planets – five in all – are traveling backward, joined at the end of the month by Mercury. The outer planets’ journeys invite bearing down on issues that have been popping up all year.

No need to freak out! All the outer planets go retrograde every year, for long stretches at a time, and it’s common for their retrogrades to overlap. The multiple retrogrades have the probability of revealing details and plot lines you missed or dropped, and inviting picking them up, cleaning them up and carrying them further.

Look at this occurrence as a grammatical gift, handing you the prefix “re,” which you can affix in front of verbs throughout the month. Rethink, revisit, redo, readjust, for a few examples. You’ll be the passive recipient of some of the “re”-ing, of course, and sometimes more the observer than instigator or participant.

Three of the outer planet retrogrades warrant special attention. Jupiter, retrograde until mid-October and the most nuanced of the lot, is revisiting the late degrees of Aquarius, which he most recently traveled from April to mid-May. He’s breathing new air into developments from then, amplifying them and very likely bestowing some benefits and bonuses. Be on the lookout (he’s subtle!) for helpful messages, ideas and conversations around September 20, when Mercury trines Jupiter.

Retrograde Saturn and Uranus are bearing down on the persistent structural change that’s been rocking our lives, the world and the year and preparing the ground (and us) for their final square in December. What they unleash in September rattles the framework even more, revealing flaws, stresses and considerations that escaped notice or addressing before.

Additional information is coming about the parts of your life that have been rearranging. You could get a handle on a lot when Mercury trines Saturn September 4. A liberating moment hits you directly when the Sun trines Uranus September 6 and opens you to alternate viewpoints, perspectives and possibilities (not necessarily gently, but ultimately freeing).

Relationship and financial structures are tested when Venus squares Saturn September 17. The impact forces hands – demanding commitment, maturity and accountability, stressing the cost and return on investment, imposing consequences for falling short. Tensions mount when Venus opposes Uranus on the 22nd. The standoff prolongs excitement, anxiety and a desire for change, which linger in the air until Mars comes to the rescue.

Stability, progress, a blow for order and implementing negotiated agreements arrive when the sky’s first responder trines structure-oriented Saturn on September 25. Efforts lock into place. Do-overs succeed. Whatever we promote or implement gains acceptance by the old guard, whatever that may be, and shores up networks and communities. Our hearts and minds get on board by the end of the month, when the Sun and Venus trine Saturn as well.

While we’re navigating the retrogrades, daily life undergoes some atmospheric shifts. The first 10 days of the month continue late August’s blend of sociability and worker bee mode. Both deepen dramatically midway through that stretch, when Venus squares Pluto and Mars trines the agent of evolutionary change September 5 and 6. The first aspect heightens desires, obsessions, power and money, and pushes some out in the open that you might have preferred to keep quiet. The second link facilitates efficient and effective action, likely zeroing in on the highest priority (no matter how imposing it may be).

The work vibe gets a power-up at the Virgo New Moon September 7. Its fresh start comes with surprises and innovation, flowing from a trine to Uranus, agent of radical change. A blast from the past might be literal and alter your plans and the phases that launch now.

Starting September 10, the social mode switches from graceful Libra to intense and mysterious Scorpio, as Venus changes signs. A blanket of privacy falls on desires. Meaningful connecting and plumbing depths are more appealing than the pleasantries that have marked our interactions of late. Secrecy, power, high stakes and at times animal magnetism swirl through everything she rules – money, love, creativity, values.

Venus is in Scorpio until early October. She was last in this sign during October 2019. Given all the retrograde activity, it’s not unlikely for issues and people to resurface that were significant then.

We may be playing our cards close to our chest, but the playing nice vibe soon resurfaces. Mars leaves his Virgo work station for Libra September 14. Until his departure at the end of October, he’s directing energies toward negotiating, cooperating and creating at least the appearance of trying to get along.

Mars in Libra has a knack for soft-pedaling, for indirectness and for backhanded approaches that safeguard the underlying motives and more of Venus in Scorpio. He also has a gift for putting words into action, putting action into artistic pursuits and advocating or fighting for social justice.

His marching orders from Venus aren’t direct or comfortable. The pair is in an irritating aspect by sign. The upshot is that all month long and into next, Venus in Scorpio is whispering what she wants, or transmitting it via telepathy. As that sinks in discomfort will be nudging Mars into action, translating her impulses into words and making them appropriate for polite company.

A rest station offers shelter and escape September 20, with the Pisces Full Moon. Neptune’s near enough to the proceedings to inspire kicking back and unhinging from responsibilities for a bit … or maybe just taking stock of ways in which we’ve been doing that.

The Equinox follows on September 22, when the Sun enters Libra and launches autumn in the northern hemisphere and spring in the southern. The season starts with monumental developments that are fiercer than Libra’s comfort level. Profound, game-changing information abounds, forced out by the Mercury/Pluto square, and the revelations will reverberate until the December solstice.

If you make it through the month without giving much attention to the retrogrades, that will change as the month ends. Mercury’s final retrograde of the year begins September 27 and lasts until October 18, taking him from 24 to 10 Libra. He’s backtracking over not just his recent steps, but Mars’ path as well. Look at do-overs, unfinished matters and misunderstandings as prep for Mars – cleaning or setting up situations that Mars will push forward as he moves through the sign.

The usual Mercury retrograde cautions apply: Allow extra time for travel. Don’t assume participants in a conversation mean the same thing, even if they’re using the same words. Double-check details, even if you feel like an idiot doing so. Look for the benefit in every snafu, snarl and delay. For more, review my Mercury retrograde guide at OM Times.