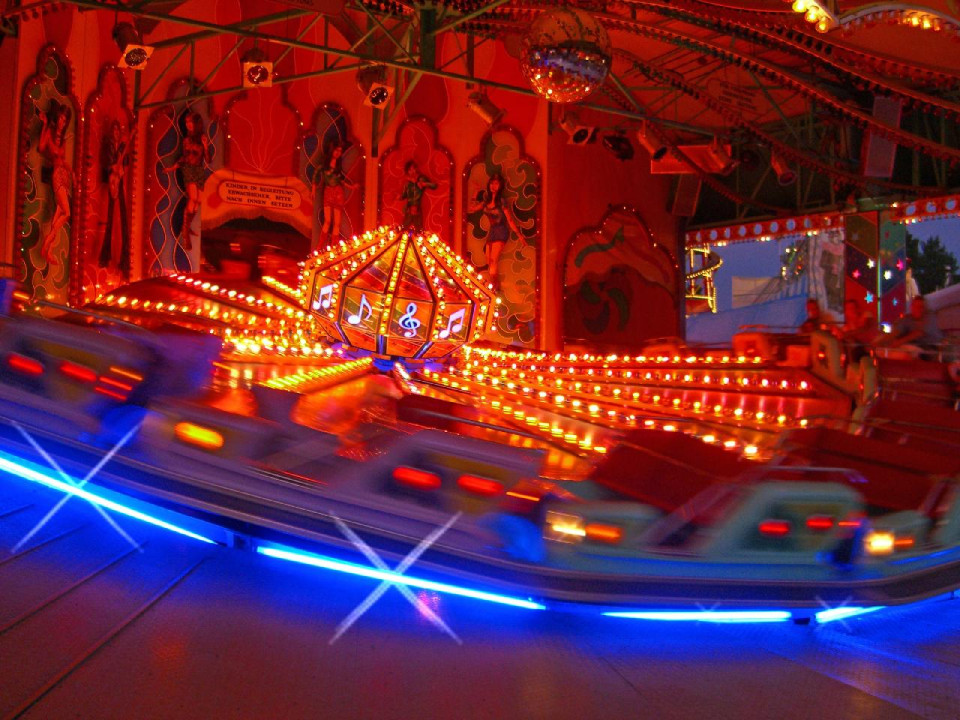 Welcome to Mercury Time! The quick-footed master of multiplicity, mirth, and mischief is taking the lead this May. He’s got quite the adventure in store for us: boisterous, chatty, increasingly fast paced and ultimately, not all as it seemed.

The festivities launch with clarifying messages and conversations, awareness of truth and power, and focused, streamlined perspectives, with Mercury and Pluto in a mutually supportive trine May 2. A spoonful of sugar helps all this go down, from a sextile between Venus and Neptune, the guardians of love and inspiration, which offer compassion, kindness, and fuel for creativity.

The noise level immediately goes up. On May 2, Mercury flies into his airy home sign of Gemini, and minds and mouths instantly reflect his new-found freedom of movement. Life shifts into multi-tasking, darting from idea to idea and person to person, making light, playing games, and dodging questions. Sift carefully through the clatter and clutter, if you can. Some of what glitters may indeed be gold, or at least a lead-in to the return of the Gemini/Sagittarius eclipses and Mercury’s next retrograde, both coming at month’s end.

Venus follows Mercury into flibbertigibbet mode on May 8, after getting uncommonly direct and clear about what she wants. Her trine to Pluto May 6 brings hearts into focus and lightens our loads, days before socializing moves into palling around, the buddy system (with a frequently changing buddy), and short attention span theater. That goes overboard her first day in Gemini, which has Venus and Jupiter whipping up each other’s most indulgent tendencies. We’re more selective about what we want, and whatever that may be, we want more, more, more.

These newly honed yet expanded desires pour into the physical reality taking shape at the Taurus New Moon May 11. How you nurture them may veer from what you’ve done in the past. Brainstorms rewire how you go about tending to them. Opportunities to fast track them pop out of the blue.

Info and ideas continue to flow like wild. They take coherent shape May 12, as Mercury trines stabilizing, order-loving Saturn. The contact supports linking with people who can benefit from an idea, or help bring it into fruition. That possibility continues to grow as Venus moves into the same link with Saturn, exact May 19. Responsibility and commitment are in the air, making it easy to stick with one particular buddy, to formalize a creative or financial project, and to, even in this Gemini whirlwind, put a firm label on a relationship.

Within the gauntlet from May 12-19, your attitude may change. What you want at the end may differ from what you think going into it. Inspiration is yours for the grasping May 13, when the Sun sextiles Neptune. (This contact may also soften your relationship to yourself.) Evolutionary shifts come, invited or not, when the Sun trines Pluto May 17. Releasing the outmoded is as organic as breathing. Change how you describe or present yourself; drop a habit; proceed from a place of inner empowerment.

Could life get more active? Why, yes. That happens when the Sun enters Gemini May 20, and the activity now creates a sense of wooziness. So much chatter. So much information. Some of it strains credulity. Some of it pushes you to speak up, and what comes out may not be connected to conscious or rational thought.

Expansive Jupiter is upping and straining the action. He sneaks into Pisces May 13, while Mercury, Venus, and Saturn are keeping thoughts and relationships attached to terra firma. He floats into the universal waters through July 18, in a preview of his tour of duty next year.

The first tap on the air brakes comes May 23, when Saturn stations retrograde. He’s inching ever so slowly toward his second square to Uranus and bearing down on the degree where that will happen June 14. Signs are already apparent of what is due for stress testing at that square. That includes every bit of stabilizing that happens this month, every commitment that you take on, every responsibility you assume, every group or community connection you make. Think of each construct as a building, and know that forces will be coming at it to check out its structural integrity.

The ride starts feeling decidedly different by the Sagittarius Full Moon May 26. It’s a lunar eclipse, escalating and ending a chapter in the role of beliefs and systems of thought, such as prejudices, bigotry, laws, the media, and life philosophies. Developments and departures promise to be cartoonishly large and impossible to miss, thanks to the Moon’s square to its ruler Jupiter. (This point in the carnival ride might inspire some passengers to flee their cars, or at least the ones they’re occupying with you.)

The ramifications take a while to sort through, possibly as long as till November. The early returns may be confused or confusing. Be alert to an air of unreality, with clouded hearts, possible deception, and in general the cosmic fog machine sending out more spin than usual. A square between Venus and Neptune, guardians of love, is the culprit. Not everything you hear or think is true. Not everything you see is real. Fantastical thinking abounds. So do lies and gaslighting. Find that grounding cord that Saturn installed May 19 and hold tight.

The air brakes noticeably hit May 29, when Mercury stations retrograde. You may feel in the days right before and after as if time has paused. The pace, the noise, and the information flow will soon pick back up, as the Himalaya ride sends us all backward on the track we have just traveled. Expect second looks, revived conversations, renegotiating, do-overs, and discoveries of overlooked or misunderstood points. His second retrograde of the year lasts until June 22 and coincides with June’s solar eclipse, in his home sign of Gemini. Yes, it promises to be … wild.

Learn more in the May 17 Mercury Madness episode of Celestial Compass on OMTimes Radio with guest Donna Woodwell, and in my Mercury retrograde guide.