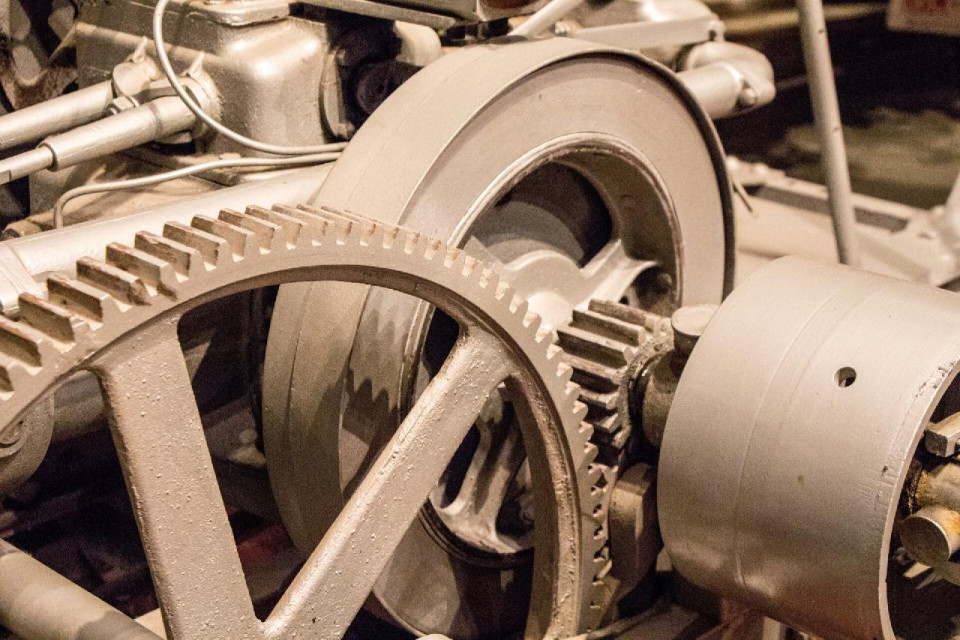 And we’re off! April promises significant activity, significant productivity, and significant gear shifts that push progress along. The way forward is fairly clear of traps and tricks, too, with little lying in wait until nearly the end of the month.

Plot a course if you like; that will at least give you a target. Plotting and plodding, though, are not in fashion as a navigational approach, for at least the month’s first half. The effective moves are energy-driven, acting on impulses rising up from within, or drifting by on the breeze.

We feel the openings for maneuvering most immediately in how and what we’re thinking and hearing and talking about, and how and where we’re moving around. Minds are emerging from fog, racing like mad, and then settling into something closer to certainty than we’ve experienced for a while.

After months of lingering in only two signs, the cosmic messenger Mercury darts through three in April: otherworldly Pisces, fire-powered Aries, and show-me Taurus. He leaves the boundless, formless, telepathy-inducing waters of Pisces on April 3, but not without making a dramatic exit. His swan song, a sextile to Pluto, invites confronting primal pain and clarifying truths, and dropping baggage at the door.

Impulsivity, daring, and speaking without filters add to the where’s-the-fire? atmosphere when he zips through Aries until April 19. Caution is in short supply; gutsiness drives all kinds of behavior, particularly where sharing or seeking information is involved. (Take a risk April 9, especially if what you’re after stresses your comfort zone.) Payoffs are possible within days, offering messages that bring certainty, or connections to allies and people in authority. Meanwhile, our dealings with each other are high-energy, for the first half of the month, as Venus continues in Aries huntress mode. Risky leaps just might hit the mark at the Venus/Mars sextile April 6. Bold expressions of desire have a probability of follow-though; dare to go for what you want and the door will likely open.

Efforts hit a patch of fog April 9, when Mars in Gemini squares Neptune in Pisces. Though the impact may stir confusion and worse, it’s as likely to confront deception, gaslighting, and magical thinking, to require blending words, thinking, and action with kindness and recognition of interconnectedness, or lead to advocating for the less fortunate.

Desires quickly burn through the fog, when the two planets of indulgence, Venus and Jupiter, urge each other to go for more April 10. We want connection! Adventure! Adrenalin rushes! Whether you give in or not, fiery goings on soon collide with primal, undeniable urges and forces. Nothing remains neat, tidy, or hidden from view. The Venus/Pluto square April 11 pits conscious desires against subconscious stirrings, and something must give way, or must be cut away. No brushing under the carpet; no going back to bed. The challenge isn’t going away. It colors the Aries New Moon April 12, which is also squaring Pluto, and which sets the tone for the next four weeks.

Then gears shift with hints of calm to come. Venus enters her spring home of Taurus on April 14. The change orients our desires to physical interaction with the world and each other. It wants the reliability and comfort of people and cash and cherished objects close enough to touch. It encourages sinking into the the sensuality and physicality of life, spending time outdoors (hugging trees and putting bare feet onto earth), wearing fabrics that feel pleasing on the skin, taking in the sights and scents of flowers, savoring the taste and sensations of food and drink.

Trusting your intuition is the assignment April 15th, no matter what logic tells you. It could help to expand your concept of what’s possible and to let friends and networks into your vision. Accept the cosmic invite or not. Either way, refocusing yourself is inevitable. A square to Pluto April 16, as the Sun is approaching the door out of Aries, reshapes priorities and slices off aspects of prior life that are no longer sustainable.

The information flow goes into hyperdrive April 17. Mark it as a high-volume, high stakes day. Opportunities surge to get up and move around, a lot; forcefulness, directness, and risk-taking meet cooperation and progress. And then, as Mercury heads for the door, he contacts Pluto’s clarifying scythe once again, except minus any choice in the matter. The impact forces out demons, secrets, and subterranean motives, and demands shedding baggage. We assimilate it all quickly, when the Sun merges with Mercury April 18, as their final Aries assignment.

Then the pace slows, noticeably. The Sun and Mercury shift into leisurely, earthy Taurus April 19, making us all nature boys and girls, for the moment. Staying on familiar turf is edging out earlier impulses to run about. Also back in fashion: tending to your home, preparing your own food, serving it to loved ones, clucking over them, and thinking in concrete, practical, worldly terms.

The urges come with a rough-hewn edge. Warrior god Mars is in sensitive, nurturing Cancer from April 23 – June 12. His tour of duty brings army boots into the kitchen, and protectiveness and willingness to fight to caregiving. Our feminine sides may be on board. Venus lounging about in Taurus could be perfectly fine with the masculine bringing her sustenance, especially if he cleans up the dishes.

As he begins his tour, Mars has allies in upending norms: Venus and Mercury meeting with changemaker Uranus April 23 and 24. The conjunctions are a flurry of lightbulbs popping, chains and hearts and minds breaking open, plot twists affecting and awakening desires, creativity, relationships, finances, information and perspectives. The homing thought “Show me another way to look at this” isn’t necessary. We’re in a gauntlet of other ways to look at most everything.

Forcing changes in the rules is likely. Demanding structure, reliability, and commitment is likely. Getting any of those is another issue. Venus and Mercury are challenging Saturn, planet of order and adulting (and the issuer of the cosmic “No”) April 24 and 25. Whatever happens or doesn’t happen, gives or doesn’t give, our hearts and minds are united in their resolve, as Mercury and Venus meld after the clashing, on April 25.

More purging follows. This round comes with the sense that it will be ongoing. The Scorpio Full Moon on April 27 brings a full moon’s qualities of emotional intensifying and releasing to the sign that traffics in both. The event has a cathartic, purifying edge, but all may not be as definitive as it seems. There are rumblings of more to come, more to surface, more to be cut away, from Scorpio’s ruler Pluto stationing retrograde on the Full Moon. The station injects the Moon with the sensation of an ocean liner laden with freight slowly and painstakingly changing direction. The rumblings continue through October 6 and will gain strength and texture as the other outer planets move into their retrogrades through the summer.

As we’re feeling the churning, a glimpse is possible of a bigger picture or of higher meaning, with Mercury sextiling Neptune April 29. The month ends with more exploding lights bulbs, more awakening, and more liberating, this time intensely personal, as the Sun meets Uranus April 30.

Underneath it all, throughout the high-octane action and the settling down and gravitating to home and  comfort, is a constant reminder of the need for structure and order, for responsibility, for consequences, and for the new constructs that locked into place at the December solstice. They may give the appearance of stability but pay attention: Wired into that undercurrent is the stress test that lies ahead  for those constructs. Saturn spends this month, next month, and much of June at the degree where he will square Uranus June 14. He’s bearing down on it and anchoring it and everything it portends into structures and foundations. Don’t be so certain that this month’s situations and developments will continue in their current form. There’s more to the story. There always is.