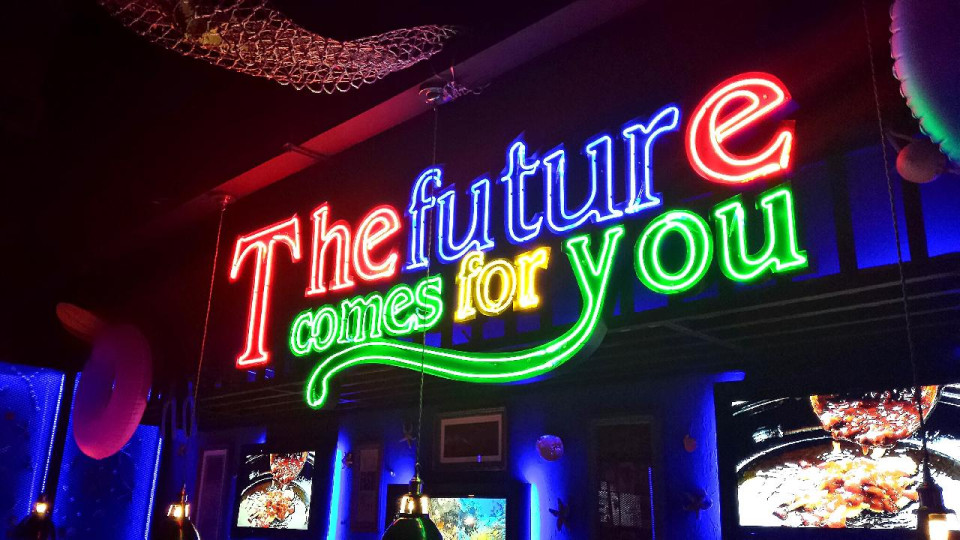 February immerses all of us in building the future. You got a glimpse of it last year. Now it’s time to expand your vision, commit to it, and team with friends and networks to make it grow.

We are moving rapidly out of the collapses, disintegration, and deconstruction that has dominated life and talk, last year especially. Debris from it is still around, sure. Information is flooding in about where we’ve been. That’s no longer dominating and derailing us, though; it’s becoming a tool for creating new constructs. Focus is now on what we’re going to do about the past, and most especially on where we’re going.

First, About That Mercury Retrograde

The first three weeks buzz with disclosures of secrets, evidence of misunderstandings and lies, and chances to rethink, rework, and tie up lingering matters. The clamor includes lots of “whoopsies,” technology breakdowns, and the usual rampant miscommunications, too. Their ruler Mercury is retrograde until February 20, and the fact that he’s in future-forward Aquarius is an opening in dealing with his status.

Instead of buying into the “sky is falling!” reaction to Mercury retrograde and bemoaning what might go wrong – or appears to be going wrong – experiment with a different approach. Treat each snarl as data. How does this development relate to the future you’re constructing? Does it reveal assumptions, agreements, or connections that require clarifying, correcting, or leaving?

Actively investigate, too. Asking questions and generally poking around can dislodge valuable info, particularly when Mercury sextiles secret-keeper Pluto February 3. Take motivation from disclosures and snafus alike when Mercury squares Mars February 10, which demands acting on info, as well as walking your talk.

Be on the lookout for people resurfacing from the past. This is a hallmark of any Mercury retrograde and especially so when the planet is in the friend zone. Meaningful reconnections are calendared for February 13, which also brings insight into expanding and committing to groups and dreams that express your values. The information flow, and the screw-ups too, mushroom when he meets boundless Jupiter February 14. Use the conjunction to expand your thinking about what’s possible, and to contact people and groups that mean a lot to you (and your future).

Mercury stations direct on Feburary 20 and remains in Aquarius for the rest of the month and into March. Learn more in my guide to handling Mercury retrograde.

To Infinity & Beyond, With A Lotta Help From My Friends

February has a massive pile-up in the intellectual, progressive, and emotionally distant sign of Aquarius: Mercury, Venus, Jupiter, Saturn, the Sun (through February 18), and the New Moon on February 11.

The emphasis has us internalizing and personalizing the Jupiter/Saturn conjunction that occurred at 0 Aquarius on December 21. That conjunction opened a portal to a different way of being. The meeting fused expansion and constriction, optimism and wisdom, and indulgence and responsibility, with the promise of silver linings in distancing as well as reward for diligence.

Our minds and hearts are exploring the Jupiter/Saturn turf, with Mercury and Venus in Aquarius. Venus moves across the conjunction point when she enters the sign February 1. With her in it most of the month, our social mode turns to friends and to groups. Aquarius is fine with distance (prefers it, in fact), and we will all be finding ways to flourish within it. You will likely be making the most of virtual socializing, as will artistic and activist groups.

Distance may loom large when Venus meets Saturn February 6; committing to desires or to a group, or a friendship turning serious, are possible as well. Unconventional options, breakups, and other plot twists erupt that day, because she’s also squaring disrupting, awakening, liberating Uranus.

After that, the sky’s the limit, and maybe not even that. Connecting hits new heights and indulgence skyrockets when Venus meets Jupiter on the Aquarius New Moon February 11. Not only do we want what we want, we want more of it, and the future promises exactly that. Certain friends and associations are golden with possibilities; some embody the notion of friends in high places; and some simply brighten our world. Our hearts swell with love for some of them (in theory, likely not in a way that impinges on personal space). We’re building connections and networks and communities that are mutually appreciative, mutually expansive and likely mutually loyal, and fusing them into the future that is unfolding under this New Moon.

The “reach out and touch someone” vibe continues for days, with Mercury meeting Venus on the 13th and then Jupiter on the 14th. The contacts spell a Valentine’s Day that’s unconventional but occasion actual heart-felt connecting, for a change.

Hold tight to those virtual hands. The human chain we’re forming provides support while new constructs get their first stress test. It’s building all month and crescendos when Saturn and Uranus make the first of three squares on February 17. (The other two are late in June and December.)

This is the defining aspect of 2021, working over and eventually bringing the promise of the Jupiter/Saturn conjunction into being. Structure is meeting disruption, authority confronting rebellion, rigidity encountering a shattering blow. The impact forces action, change, liberation, unexpected perspectives, and, ultimately, innovation. At times it will look as if order or authority is prevailing; at times the avant garde will have the advantage.

Watch for some parts of your new constructs to break away or rearrange. While your thinking and perspective are undergoing a shakeup, the square’s playing out is very much in your tangible world. Uranus and Venus are in mutual reception – each in a sign the other rules – so as Uranus is hit, relationships are feeling shock waves from the square. Also likely feeling the impact: money, values, creativity, your relationship to food and to the land around you. On a collective level, this square could bring government efforts to stabilize the economy and resource distribution.

Pay attention to the situations and relationships the first square rattles. They signal themes that will come around again in June and at the end of the year. If something cracks, hanging on will only lead to brittleness and breakage. Instead, grab your metaphoric lightning rod and work with the energy. Genius is all around, if you’ll let it bypass your conscious mind (and any need to control).

The atmosphere softens immediately the morning after, when the Sun sails into Pisces February 18 and invites a gentler emotional experience. Other influences, though, have something different in mind.

However much we may feel spiritual love or connectedness, we’re nonetheless pushing for satisfaction in very tangible ways. “Show me the money!” is the subtext in every kind of relationship (and actually spoken in some). Everyone wants proof, manifestation, and reassurance as Venus squares Mars February 19.

Mercury stations direct February 20. Before he gets moving, Mars takes his demands from Venus and goes deep with them. His trine to Pluto on the 21st directly affects structures and infrastructures alike. If you’ve been wanting to push a situation along but have been hesitant, use this aspect to take a deep breath and just go for it. The trine delivers the force for a butterfly to fight its way out of a cocoon and thrive. Mars’ link to the lord of the underworld emboldens actions. It retrieves treasures (and secrets, including desires) from hidden places. It also transforms, whether by facilitating metamorphosis or deftly cutting away something that is no longer supportable.

And then we finally accept the invitation to a gentler emotional experience. Our social mode drifts into kind, loving, poetic Pisces on February 24, where Venus will stay through March 21. Intense activity loses appeal. Spending so much time online loses appeal as well. Instead we’re inclined to watch movies, listen to (or write) music, journal our feelings, take soothing baths or daydream, and let our battered beings float.

The Piscean waters ease any remaining shock from or resistance to mid-month’s changes. A sextile between the Sun and Uranus on February 25 opens us to assimilating them and rearranging our concept of self in response. We make emotional sense of them at month’s end, when the analytical Virgo Full Moon harmonizes with changemaker Uranus. Last year is receding rapidly into the past as we orient ourselves, heart and mind, toward our future.