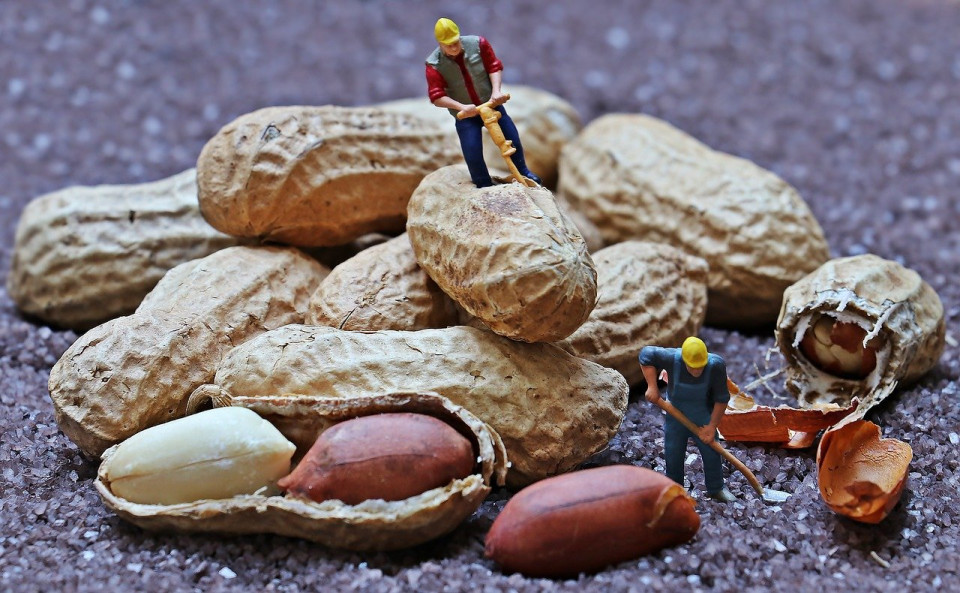 November brings movement and progress. We may still be in the tunnel, but the end of it is in sight.

Four major astrological influences are creating the momentum forward. They’re coming in differing areas and from differing directions, yet with a common impact of wrapping up and moving on. Three directly tie into the deconstructing of our previous way of being, which has been rolling out all year.

The month begins and ends with gear shifts involving information and technology. Between these bookends, two related gear shifts fall smack in the middle that push the year’s big dramas toward resolution.

Although tension and uncertainty are still in the air, the path is more clear, our steps increasingly  confident and steady. Confusion, delusion and deception are beginning to lose their hold. Life feels less like a looking-glass world. So what if more work remains to be done? So what if “normal” doesn’t really describe anything? So what if you’re not entirely happy with your circumstances? Welcome the sensation of movement and signs of progress, even the tiny ones. They are stepping stones to the next phase of being.

From the outset, November directs focus to what goes in and out of our mouths and minds, and returns attention to that at month’s end. It starts with forced, constrained or challenging communication and ends with opportunities for constructive ones. Neither influence is fleeting. Both afford lots of time for sitting in the energy.

As the month begins, whatever is on our minds and in conversations has been with us for a while, and we’re long since past the point of playing nice. Verbal minefields are everywhere, especially with issues of authority, maturity, accountability, playing by the rules, and politics, which is the eventual destination of every discussion, intentionally or not. Confrontations from late September are resurfacing for another go. They might hit a wall and hang in the air – and then rev up for one more round. And then finally get answers, results, actions.

All of this occurs with the sensation of being suspended in time that comes from Mercury changing direction. The ruler of gab, gadgets and getting around has been retrograde since October 13 and stations direct November 3, during Election Day in the US. This may cause delays. It may cause uncertainty. Mercury’s journey immediately after favors their clearing up more quickly than might be feared

Mercury is at the end of Libra and stirring up all the Capricorn foundation and institutional restructuring issues. He is returning to arguments and demands from around September 23, when he first squared Saturn, the ruler of all those issues and planet of adulting. He squares Saturn again on November 1, in the final days of his retrograde, adding force to the investigative properties inherent in a Mercury retrograde. After the cosmic messenger turns direct, he squares the karmic taskmaster yet again, on November 6.

The one-two-three-punch has the power to dislodge critical information, as well as change minds and thinking. A “no” is not definitive until the last square. If you have lingering questions about anything you’ve been researching during the retrograde, or about snafus that arose during it, use these back-to-back squares to push for clarification or answers.

As Mercury moves away from his direct station and conflict with Saturn, expect the information flow to shed some of the confusing, misleading and bewildering streaks it’s had of late. (Another factor in this: The Jupiter/Neptune sextile is noticeably waning, too, which has defined the year and left a door open to misinformation and magical thinking.)

There will be less rehashing of the past and old business, and more orientation toward the future, especially when Mercury opposes radical change agent and awakener Uranus November 17. Information and perspectives that surface then offer a different look at developments from early October, when the pair faced off on the 7th.

The month’s second big gear shift also encourages letting old business be and moving ahead. Mars, the planet that rules how we push ourselves forward, stations direct on November 13 at 15 Aries, ending a two-month retrograde.

The change in energy level is palpable, immediate and exciting. We are no longer running in place. We are no longer immersed in do-overs, which have been doubly so during the three weeks that Mercury and Mars’ retrogrades overlapped.  We are no longer tripping over our feet, or seething with frustration or resentment. Anger is still around, of course; it’s just more direct and straightforward, as are all motives are now.

His direct motion completes the second stage of a three-part process that began in August. Mars’ journey through his home sign of Aries has taken him across sensitive points and rallied everyone and everything to action. He has been triggering the degree of January’s Saturn/Pluto conjunction, like a timer going off and screaming for implementation. He has been setting off the outer planets in Capricorn – in the same forceful way as Mercury in Libra, but from the other direction. He did this directly in August and then again while retrograde from late September into October. Each direct contact injected situations (and us) with rocket fuel and hit the restructuring process like a battering ram against a groaning, weakening castle door.

Since September 9 he’s had us running back over territory we’ve already covered: venting anger and frustration, coping with machines breaking, dealing with situations that have faltered, reactivating stalled projects, and facing a David and Goliath situation or two. The retrospective aspect is now ending. Mars direct has impulses to take risks (again), to push on, especially if a wall looms up ahead, and to jump back into the fray.

Adjustments are necessary in how your talk is lining up with your action when Mercury inconjuncts Mars November 22.  Otherwise he and we are building strength and steam until December, when he makes his final squares to the Saturn/Pluto conjunction degree and then to Pluto himself.

Our mojo comes back online in time for one last surge in the restructuring of foundations that’s been rocking the year. Technically the surge culminates on November 12, when Jupiter and his expansive touch meet Pluto, agent of unavoidable change, lord of death and rebirth, and ruler of secrets, big money and all kinds of things we’d prefer to keep hidden.

They have met twice before this year, in early April and late June. Their teamwork has had a far-reaching and dramatic impact. It has widened cracks in systems, institutions and our psyches, and opened pathways for toxic behaviors, corruption, irrational emotions, and dirty secrets to surface. The conjunction has intensified systemic and institutional collapse, and also enhanced efforts to root out decay and restructure or rebuild. It has exposed silver linings and encouraged focus and simplifying.

Developments now promise a level of completion to events from early April and late June. The first pass had a streak of bringing matters to consciousness, when people were in the early days of pandemic shutdowns and awareness was dawning of how life was changing. The second conjunction had us thinking about what to do with the revelations and cracks and collapses.

Now, at the third conjunction, it’s time to move ahead and implement responses. With Mars poised to station direct, pent-up energy will be propelling everything forward and sending incentive, drive and derring-do off the charts.

Keep your priorities in mind. Keep your gaze on your own projects and vision for the future. Push on accordingly and ride the sensation of getting somewhere, finally.

Be open to doorways for these efforts under the Scorpio New Moon of November 14/15. Some may be hidden, or previously hidden, or require slipping through surreptitiously. They come from the opportunity aspect from the Moon to the outer planets in Capricorn that are reworking our way of being.

Capitalizing on opportunity does not come easily, though. Desires, compulsions and attitudes about money are in play, huge, irrationally and insistently. With love goddess Venus squaring both bigger-is-better Jupiter and the Moon’s ruler Pluto, the skies are whipping up the appeal of indulgence while forcing choices and removing some objects of desire from our reach.

It’s a frustrating paradox. It sets us on a collision course with walls and negatives and demands to commit and act responsibly or pay a cost, when Venus squares Saturn on November 19. Her entry into Scorpio on November 21 aids settling into what matters most, under a cloak of amiability and optimism from the Sun’s entry into Sagittarius that same day.

The fourth major gear shift happens on the last day of the month and ties directly back to the first. It builds all month, and as it crests to a head you may realize it’s been a force for even longer.

November’s last big event is the Gemini Full Moon, on the 30th. It is a lunar eclipse, which colors the usual drama of a full moon with revelations, departures and major chapter closings. Events will demonstrate the logical – and highly illogical – extremes of our beliefs, and disavow us of many.

This is the second in the current Gemini/Sagittarius cycle, which began with the Sagittarius Full Moon on June 5 and continues through next year. This polarity has us revisiting and resetting matters relating to ideas and what we do with them:  On one end, what we think about; the words we use; our information sources (including learning and social media); and how we communicate. On the other end, the systems of thought and belief we build from these ideas; higher education; the legal system; the media; our life philosophy; and how we relate to people, places and cultures foreign to us.

Although Gemini is an air sign and in theory intellectual, this eclipse is spotlighting how these Gemini/Sagittarius matters stir and intrinsically grab our emotions.  Thanks to politics – a decidedly Sagittarius topic – and a 24/7 news cycle – also Sag – our relation to these matters is more extreme and personal since the last occurrence of these eclipses, which took place from late summer 2002 to late summer 2004.

Our experience of reality has been morphing all year. What we think and believe about life is now catching up. A lot of previous notions are going out the window. Each  of us has seen a side of ourselves, and of our fellow man, that had not previously grabbed our attention. Certain topics are on the chopping block, as are certain information sources, certain so-called social media friends and some friends from real life as well.

Choose wisely, choose responsibly, and you will find calm and confidence. A sextile from the Gemini Moon’s ruler Mercury to Saturn offers stability and grounding. Dump the mental clutter, and watch your efforts proceed.