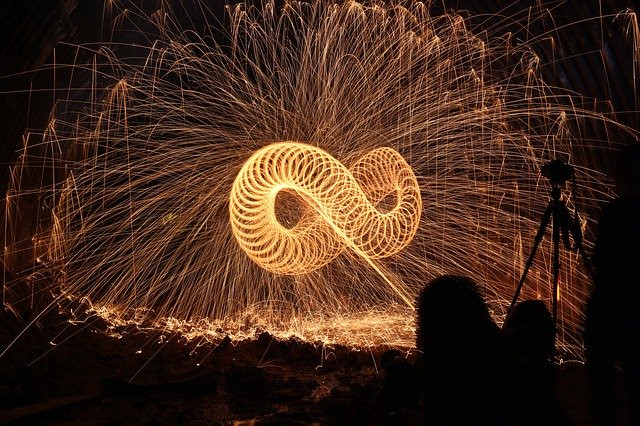 Along the way, our communication style goes from practical to conciliatory to combative to powerfully perceptive, while our social mode abandons a nurturing approach in favor of taking center stage and adding to all that heightened energy and passions. And just as the atmosphere turns conciliatory but self-expressive, the trajectory of existence halts and turns around.

Incentive and tools are ours all month to pursue pet projects, to attack long-standing issues, and to basically get unstuck. A lot of that will entail remedial work. When that becomes clear, you won’t push through by fighting it. Embrace the reversals. They may be frustrating, but they are hardly futile. They lay groundwork for progress late in the year.

The month’s start is tailor-made for investigations, and for tackling weighty conversations with uncommon fearlessness, candor and effectiveness. Information is free-flowing about the monumental events that rocked mid to late August, when action hero Mars in Aries challenged Jupiter, Saturn and Pluto in Capricorn and their ongoing restructuring of foundations and institutions. Those titans are enjoying an assist from Mercury, ruler of gab, gadgets and getting around. Mercury trines Pluto on the 1st, opening a feed to secrets, candid conversations, game-altering communications and terrors from the depths of psyches. Stabilizing and ramifications follow as Mercury trines order-loving Saturn, ruler of responsibility, commitment and accountability, on the 3rd.

These communication links bracket the sensitive Pisces Full Moon of September 2, which places emotional culmination in the vast interconnected sea of all existence. We’re all making like mermaids on a rock, simultaneously one with all of life and yet not able to connect physically with it. With Venus opposing Saturn, relationships, desires and financial matters are at odds with separations, obstacles, authority and other dampening influences. Novel approaches fall into our heads, thanks to the Sun trining the innovative, awakening genius of Uranus.

Then the skies start pumping the gas pedal. Sparks fly on September 4; desires are insistent, as Venus squares Mars and demands that he do her bidding. He can’t just trot off in compliance, though. A message, a thought, new information, even our core beings require a tweak in action – or taking action requires tweaking our thinking or concept of ourselves – as Mercury and the Sun form an inconjunct to Mars the same day. (Fortunately, prospects are good for cooperation between hearts and minds.)

Gear shifts follow. Communication styles and the info flow shift from objective and concrete to other-oriented, conciliatory and focused on the beauty of the language, with Mercury leaving Virgo for Libra on September 5, where he’ll stay till the 27th. The next day, our manner of relating takes on flair and a knack for drama and drawing attention, as Venus moves into showy, generous Leo for the remainder of the month. (Tiara time!) Her fieriness fuels warm hearts, playfulness and self-indulgence, the last of which gets an additional boost from the Sun’s trine to Jupiter on September 9. She’s also adding to the energy Mars is stoking, though it won’t be until the 28th that the pair combusts.

There’s a bigger gear shift, though, and it’s the main event of the month: the Mars retrograde. It begins September 9 and lasts until November 13. He’s revved up by the cosmic pedal pumping while he’s slowing for the turnaround, which makes for frustration and a sensation of running in place. Once he begins his reverse march, expect to go back over recently traveled terrain. It will be weeks before the particularly rocky parts come back into view and demand re-engaging. Until then, the primary sensation is of action, and perhaps anger, turning inward, or becoming backhanded or thwarted, or no longer progressing easily or naturally.

On the plus side, this is a time of do-overs. It’s possible to revisit and rework recent developments as well as old or unfinished business. You can encounter and address aspects that got dropped or overlooked in haste. People from the past may pop up as part of this process, especially men. You can also direct efforts into yourself, or your end of each equation in your life.

On the not-so-plus side, Mars’ retrograde brings some difficult energies. As with a Mercury retrograde, confusion, mixed signals and snafus are probable. Add to that that the planet of push prefers forward motion, and he is especially disinclined toward restraint in his home sign of Aries. It will be easy for misunderstandings to erupt into arguments, for frustration to escalate, for aggression to escalate. Hair trigger tempers are the norm with this; provocations lurk in seemingly simple interactions. Stop, look and listen is a prudent guideline, although remembering that will be difficult in “shoot first, ask questions later” mode.

Another peril is breakages. Mars rules machines and other objects with moving or movable parts. Those are prone to breaking when he’s retrograde. That could include bones as he returns to squaring the outer planets in Capricorn, a sequence that revs up again as September leads into October.

Midmonth sees tweaks in perspective, when the Sun opposes Neptune and his cosmic fog machine September 11 and the mind’s ruler Mercury inconjuncts startling Uranus, the next day. A sense of boundless possibility, or maybe simply optimism, returns when Jupiter stations direct, September 12. Priorities streamline as we effortlessly assimilate a simplifying empowerment with the Sun’s trine to Pluto September 14.

Then comes the monkey wrench, the plot twist, the development out of the blue. When Venus challenges Uranus September 15, relationships turn on their heads; hearts and desires change; financial and creative matters break open or apart.

Uncommon clarity is likely. The Virgo New Moon of the 16th inspires discriminating thinking and healthy boundaries, more grandly drawn that you might expect, from its ruler Mercury being pumped up by a square to expansive, indulgent Jupiter.

Adjustments immediately follow. The first is in thinking, perceptions or information sources that have been clouded by illusion or deception, thanks to Mercury’s inconjunct to Neptune the day after the New Moon. Next come tweaks in actions, agendas and motivations, via the Sun’s inconjunct to retrograde Mars on September 19. Then desires swell into our wanting to have them all yet facing unavoidable choices, with Venus inconjunct Jupiter September 21.

Hard truths, revelations or difficult conversations play a role. Mercury is squaring Pluto that same day, and their challenge could see us eliminating certain topics or media streams as no longer worth attention or energy.

These adjustments and choices are still in the air when the Sun enters Libra on September 22. This is the equinox, fall in the Northern Hemisphere and spring in the Southern. The sky’s dynamics set the tone for the next three months and run as an atmospheric background program.

That includes fractious, contentious communication. Mercury is squaring Saturn (exact September 23), and social niceties are in short supply. Words hit obstacles; life gets messy. This square demands answers and refuses to accept “no” as a response. (“No” is the likely outcome in many situations, but it’s also possible that sufficiently strong words could force out an answer.) The link challenges authority, perhaps to enforce agreements or social justice, and it also prompts authority to strike back at or clamp down on communication. We’ll be called upon to think and speak with care and responsibility (hard to do with retrograde Mars fueling frustration and hot-headedness), and there will likely be consequences for falling short.

More adjustments are joining the mix. The two guardians of love and creativity, Venus and Neptune, form an inconjunct on September 23. Their see-saw flips us from our own desires and relationships to higher approaches, forgiveness and compassion. The response may be allowing what you want to give way to a greater force.

That approach may serve you well as the dilemma escalates into a more complicated quandry. Move to a long-distance view when Mercury opposes Mars on September 24, and take stock of what his retrograde is bringing for you. The dilemma remains, though. It becomes fraught with primordial urges by September 26, when Venus makes an inconjunct to Pluto, her greater, primal counterpart in desires and money. What the heart wants is out of synch with what cells or some other nonrational force crave. Choices, or compromises, must be made.

Diving deep is soon the order of the day. Mercury enters Scorpio September 27, the sign in which he will retrograde next month. A quiet but profound knowing settles over our minds and information flow. Mercury in Scorpio invites holding your cards close to your chest, while also giving the ability to read what your opponents are holding. We may talk less and perceive more. Focus. Investigate. Ferret out secrets, grab them as they float by, or watch them come to the surface.

The month ends in boisterousness. Venus’ realm – relationships, money, creativity, values – hits yet another adjustment point when she inconjuncts Saturn September 28. This one stirs issues of responsibility, maturity and not being able to get what you want. However she responds, she immediately enlists Mars to go after what she can get, as the pair trines that same day.

This is phenomenal fuel for creative projects or rekindling a connection. It may, however, quickly find containment – or meet a block. As Saturn stations direct on September 29, he clashes once again with Mars. All that Martian drive heads straight into a wall, or a no, or the demand to slow down and proceed with caution and care. Matters may return from their square in the last week of August.

Whatever you choose to do, your heart is likely to be in it, charged by the Venus/Mars trine. Follow their impulses. Respect anything that redirects or slows them. Ground the passions and they’re likely to burn longer.

Learn what Mars is up to in my Action Figures talk.

Image by Faizal Sugi from Pixabay