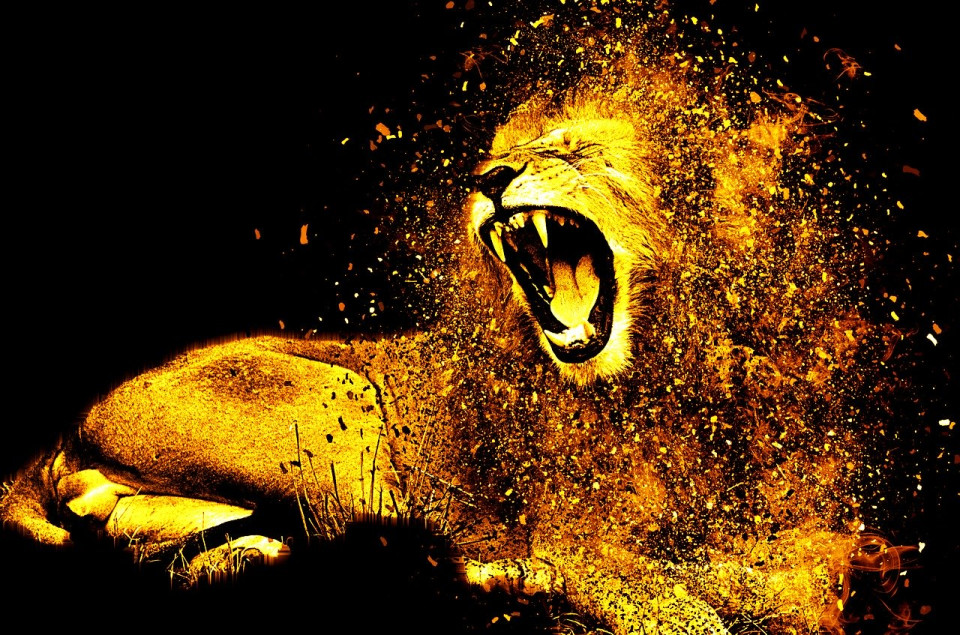 Hot enough for you? This month’s Leo New Moon is fueling fires everywhere – and, most importantly, in you.

Every Leo New Moon makes inner lights grow brighter. It encourages showiness, generosity and drama. It brings an uptick in confidence and flair, in taking center stage, in letting your most glorious, flamboyant self come out and play. And strut.

All of those impulses are receiving flame accelerant now. With the occasional explosion of fireworks – or dynamite.

Been getting unstuck lately? Feeling life force coursing through you? (Okay, so maybe that’s taken the form of anger.) Finding your groove? Just you wait. This is only the beginning.

This New Moon has a direct assist from Mars, planet of push. He’s the ruler of our drive and motivation, the god of war and all that entails (anger, courage, attacks, ruthlessness), and the archetypal representative of the masculine. He’s been highly active in recent weeks, in the first phase of a several month assault on the forces that are restructuring our foundations, institutions and goals. The New Moon finds him in a tight square to Saturn, lord of karma and ruler of structure, order, the status quo, obligations and consequences. The square has the effect of a wrecking ball slamming into a brick wall.

The impact directly affects the New Moon. For one reason, it’s in a tight trine to, or unimpeded flow from, Mars. For another, the Moon is in an exact inconjunct to Saturn. The drive for self-expression is not jiving with rules and order. Adjustments are necessary on each end of the equation. Think of models on a cat walk having to sidestep a barrier, or authority being forced to take individuals into account.

It’s exciting. It’s enlivening and energizing. It’s empowering. It’s combative and inflaming and provocative. And it’s igniting sparks that could mushroom into huge conflagrations, for good or … well…

None of this is happening quietly or gently. Mars has a helper, and she’s as loaded for action as he is. He’s exactly conjunct the asteroid Eris, goddess of discord. Mars is a hot head on his own. With her by his side, he is argumentative, combustive and impulsive to the max.

This has phenomenal personal benefits. Mars has already been providing motivation for weeks. With this New Moon, you dive into the action with gusto, flair and maybe more than a bit of drama. Wherever Leo falls in your chart, watch for the sensation of roaring back to life, like a sleeping giant awakening and hitting the ground running.

Surprises abound, especially involving relationships, financial dealings, creativity and other matters close to the heart. Venus, ruler of all we value, is in an exact sextile to awakening changemaker Uranus. They are placing cosmic hands on a switch that will flip at the slightest nudge or provocation — and goodness knows this event is abuzz with both. They’re also littering our paths with unexpected doorways and windows and opportunities, all within reach — key word being reach.

No planning is necessary. In fact, it’s possible with any predictability or reliability. This Moon’s energies are immediate, impulsive and unpremeditated. They are bursting forth in and out of you (and in and out of everyone else). For that reason, in the rare moments of quiet, it’s prudent to point yourself in a direction you want to go, because you will likely be leaping and shooting (metaphorically) without forethought. It’s also prudent to indulge in breathers and down time whenever you catch them, to keep from burning out.

As much as Leo puts the focus on the self, it’s also prudent to remember that you are not the only person experiencing these impulses. An entire planet full of selves is. And not all of them will be responding…shall we say, maturely. Childishness, selfishness and temper tantrums are in this volatile mix. (You may descend into that territory yourself.)

If you’ve been looking for a fight, this New Moon will grant your wish. It will do this for a lot of people. If you get an invitation, it’s your choice whether to engage. If the battle isn’t important to you, or if it’s not really yours, why bother? Why squander the energy?

Why not use it for yourself, instead? This Moon is delivering rocket fuel that can propel you far. You could have fun on the ride, especially if you don’t take it or yourself overly seriously. (Leo does have a childlike, playful streak.)

You might just make progress on important goals and firming your foundation for the future. This New Moon sextiles the North Node, which represents where we’re heading. It has the implied sign, “This way to the future.” The sextile opens the doorway. Walking through it requires our participation. Mars’ firing up the Moon makes it all the more probable that we will, with vigor. And maybe enthusiasm. And a running leap.

P.S. The North Node is, like the Moon, in an inconjunct or adjustment aspect to ol’ taskmaster Saturn. The three points form a yod or Finger of God pointing to Saturn. The configuration has multiple possible effects, which are not necessarily mutually exclusive, and all have the theme: It’s time. Here are a few. (1) future-directed creative energies finding structure/containment/grounding (a formula for creativity resulting in tangible output); (2) future-directed creative energies encountering the need for accountability, responsibility and consequences; (3) the impassioned wave of the future pointing the finger at authority; (4) a bold, brave emerging leader (or energy) requiring (or encountering the need for) accountability, responsibility and consequences.

https://empowermentunlimited.net/shop/mp3/action-figures-mars-in-aries/Learn what Mars is up to for the rest of the year.

Image by Efes Kitap from Pixabay