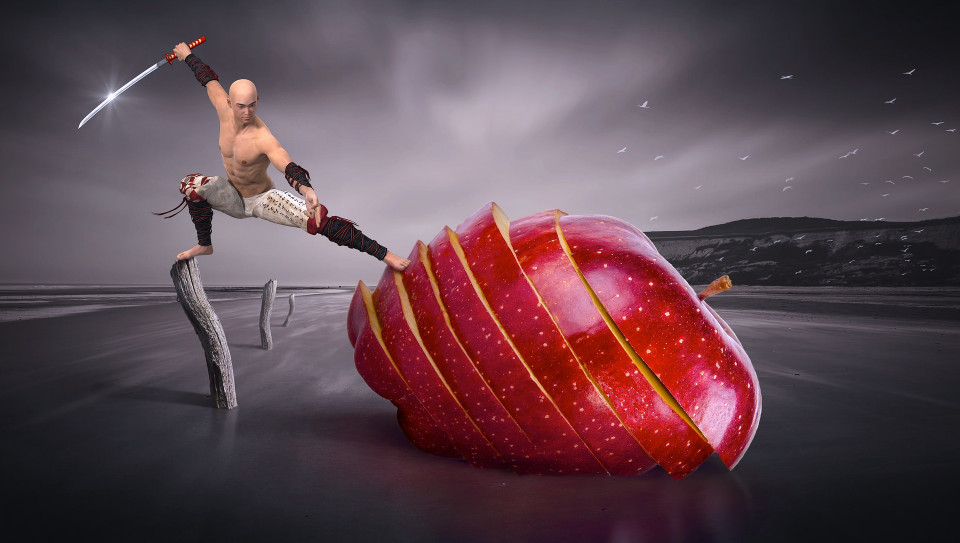 The dog days of summer may have technically arrived, but the cosmic calendar doesn’t have lazing on the schedule. Anything but. Gone is the sensation of hanging in suspense, of life being on pause, of being at the mercy of stalled circumstances. It’s time to get going, and going, and going.

The month runs us through a gauntlet of trip wires that have been growing more and more tense all year. Some hit the breaking point now, while others respond by tightening even more, only to break over the next two to five months. Some situations are already so precarious and on the brink that a slight nudge will dislodge them. If results aren’t immediate, don’t assume the nudge was futile. Every flick, jab and shove adds to the build up toward eventual breakthrough.

The cause of the commotion is Mars, planet of push, cosmic action hero and ruler of our drive. He’s the god of war, the representative of masculine energy, the force of assertiveness, aggression and anger. He’s been kindling life force and gumption since entering his home sign of Aries at the end of June.

This month he begins activating sensitized degrees (notably, that of January’s Saturn/Pluto conjunction) and triggering the foundation restructuring influences that have been plowing through the late degrees of Capricorn. Most of these he will hit again during his retrograde (which starts in September) and, to a lesser extent, after he stations direct in November.

His journey is bringing everyone and everything back on line. It’s igniting passionate reactions – perhaps anger, perhaps outrage, perhaps courage or recklessness. It’s prompting assertive maneuvers, shoves, power plays and machinations that address, implement or push back against the foundational collapses and restructuring that we have been experiencing.

The gauntlet of triggers is the corridor that takes us, ultimately, from life as it was to life as it is becoming. While the public playing out will be dramatic, his impulses are coursing through our individual lives as well. You may feel hands against your back, cosmic or from a fellow human. You may feel an energy surging from within and unleashing instinctive action, probably without advance thought or planning. You may be on the receiving end of this, or of anger, or frustration, or of a challenge to get moving already. Make the best use of these impulses by pointing yourself in a direction you’d like to go, because when push comes to shove, you are not likely to think, much less look, before leaping.

Learn more about Mars’ activity through December in my talk Action Figures (which also explains the meteoric rise and staying power of Hamilton and The Rachel Maddow Show – and the new heights yet to come).

Ever-shifting information and communication modes provide a backdrop to these bursts of action. Mercury, ruler of what goes in and out of our minds and mouths, and also how we get around, scurries through three signs this month: a brief hurrah in Cancer, a dash through Leo, and then a return to his earth sign home Virgo.

The tender emotionality of his recent retrograde in Cancer carries into the beginning of the month. The big picture of the ongoing restructuring comes into view when he stares down Pluto and then Saturn from Aug. 1-3. Epiphanies and liberating hit in between, when the Sun squares Mercury’s less containable or predictable counterpart Uranus. The strike may be disorienting, but the aftermath is somehow freeing, part of the objectivity inherent in the Aquarius Full Moon on Aug. 3.

The information flow turns from watery to fiery and dramatic when Mercury enters Leo Aug. 4. Playfulness and drawing attention are equally probable, no matter what the restrictions on socializing may be. Whether they’re around or not, we’re not on board with them. We’re craving connection, nurturing, clucking and cuddling, with love goddess Venus leaving chatty Gemini for sensitive Cancer Aug. 7.

Mercury has his own ka-BAM moment with Uranus Aug. 10; disclosures and info are unexpected, startling, game-changing. (Likely scenario: learning something that fuels your journey down the trip wire gauntlet.)

Midmonth brings a series of choice points, as the Sun and Mercury make adjustment aspects to Neptune (enlightenment vs. escapism/delusion), Jupiter (optimism vs. indulgence), Pluto (higher will vs. primal compulsions) and Saturn (responsibility vs. oppression). Our psychic landscape resembles train tracks that split into two directions, again and again. The decisions we make and routes we choose feed into our journey down the trip wire gauntlet (see the theme?), as the Sun and Mercury funnel energy to Mars and then join each other Aug. 16-17.

By the Leo New Moon on August 18, we know our minds and are primed to go after our agendas. Those open up, probably surprisingly, at the last minute, with an opportunity aspect between Venus and awakening Uranus that day.

The information flow then settles into the logical, analytical and practical, when Mercury enters his earth sign home of Virgo Aug. 19. The Sun follows Aug. 22. Innovation with real-world applicability flows when Mercury trines Uranus Aug. 25; inspired, otherworldly input follows when Venus trines Neptune Aug. 27. Those two are the earthly and higher rulers of love and creativity, and their teamwork pours magic, poetry and all manner of sweetness into the wild but worldly doings of Mercury and Uranus.

By month’s end, thoughts and talk are flowing, flowing, flowing. (Can you say: checklists? project management charts?) We get a long-distance view of desires, power, money and the cosmic fog machine, working hard as ever. Is the appeal of a desire its unattainability? Could a divine hand be holding us back from some of those cravings? What is real? What is fantasy? Do we care? (Spoiler: You bet we do.)

Image by Stefan Keller from Pixabay