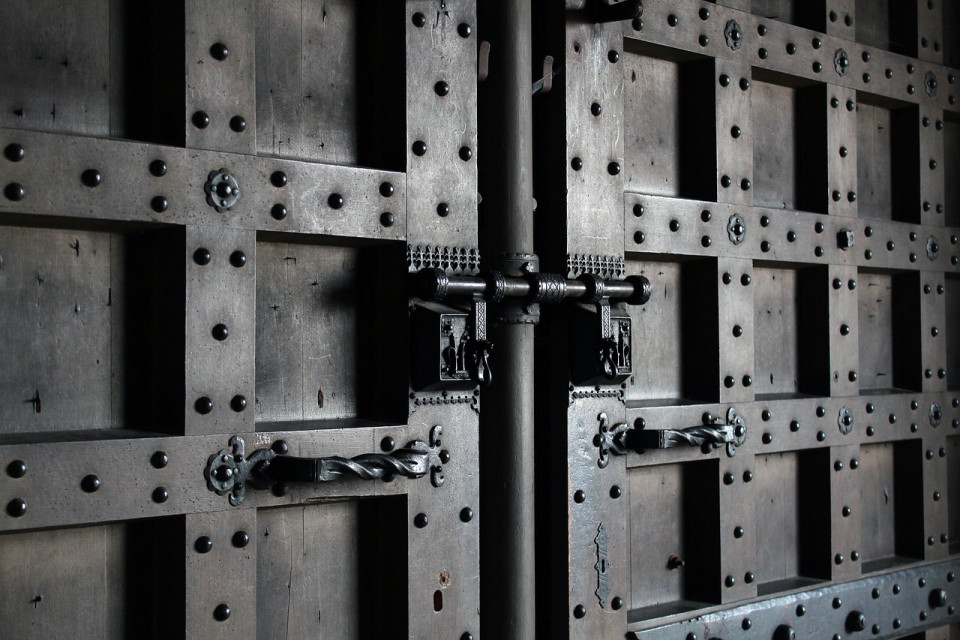 A gate is closing and locking behind us. It’s been creaking for a while, and now the noise is growing louder. And the gate is lurching slowly, slowly shut.

The Capricorn Full Moon is a milestone in personal and collective history. It’s a lunar eclipse, a Full Moon on steroids, with larger-than-life drama and implications and impact. They’re feeling raw, huge and monumental, because the eclipse is escalating situations that have already crossed so many previously unthinkable lines. (No doubt you can think of a few.) This time, they’re hitting points of no return.

It’s working over fundamental issues and areas of life that have turned into a cosmic demolition zone in recent years. It’s speeding sagas to logical conclusions (and in some cases, seemingly illogical), with the demolition crew in tow. The sagas aren’t all over. Some are heading into different territory, some are morphing into next phases, and some have years of transformation yet to come. The current story lines, though, are hitting a climax.

Capricorn is itself not an emotional sign, but the eclipse compensates for any coldness or distance with off the charts developments, revelations and departures that hit more than home. They strike at our very core.

It’s the last event in the eclipse cycle that has been reshaping the metaphoric ground on which we have built our lives, families, and collective institutions. They’ve been groaning and collapsing and rearranging since the Cancer/Capricorn cycle began in July 2018. Think of how the ground beneath your feet has shifted in the past two years. These eclipses have brought round after round of revisiting, revising and resetting definitions of family, home, tradition, security, authority and government.

Likely you can trace a story in your own life from the outset of this cycle. Whether something jumps out at you or not, think at least about the first half of 2019. That time period was affected by a solar eclipse at 15 Capricorn on January 5/6. It energized the area of the sky where the current lunar eclipse is taking place, barely a degree away. You can look at these two as a call and response:  the January solar eclipse setting a process in motion that is culminating at the lunar eclipse now.

Big shifts from this year are culminating now as well.  What crystallized in January, when the Saturn/Pluto conjunction put a container on last year’s prolonged evolutionary process? (The phoenix moment, I’ve been calling it.)  What has amplified that container since, as Jupiter and Pluto have intensified any collapsing or restructuring? Dredged up monsters, terrors and dangerous forces that you thought were dead and buried? What role have restrictions, separations, shutdowns and isolation played for you? What have you learned? How have your patterns and systems changed? Your experience of time? Of responsibilities, particularly to yourself?

All those are coming to the party this weekend. You may welcome some, work with some, grapple with some, say goodbye to some, boot some out the door and realize some you expected failed to show up. And you’ll notice the event stretching on beyond a long weekend, as the eclipse plays out over months.

Much of the same will be happening collectively. The Full Moon is smack on top of the U.S. Sun. Build-up to the event has dislodged monumental, foundation-shattering revelations and escalating political developments. Fireworks are on the way; watch for climaxes that strike at, shake and ultimately re-form the country’s personality, ground rules and governing structure. (One representative news story: the bounties Russia has put and paid on U.S. troops and confirmations that the president has been briefed on this since early 2019 – from the time of the solar eclipse that is being answered by this lunar eclipse.)

As ruler of Capricorn, Saturn is in charge of the affair. He’s not inclined to the escapist fun we associate with a gathering – in fact, he’s the party-pooper of the sky – but he does reward and celebrate hard work and responsible behavior, and he could be bringing in some of that.

He’s the lord of karma, the enforcer of rules, order, accountability and consequences, the planet of adulting. He has just finished a three and a half month trial run in Aquarius and has returned to Capricorn for some six months of tying up lingering business. His entry into Aquarius coincided with shutdowns and social distancing; now shutdowns are returning and US residents are facing obstacles and blockages in movement, with some states imposing travel quarantines and the EU banning travelers from the US in a kind of nationwide house arrest.

No surprise, Saturn is in the most extreme, harsh and demanding expression of all of his roles, because he is occupying the final degree of Capricorn (a location that encourages fullest expression of the sign’s tendencies). And he’s not alone. He’s with the two other forces who have shaped and reshaped the year, Jupiter and Pluto. Although they are not aspecting the Full Moon by degree, they are dominating the proceedings by virtue of Saturn being in charge. They are also the bouncers that the Moon must pass as she separates from the event and moves out of Capricorn. Watch for her journey to sharpen, quicken, focus, amplify and ultimately ground our responses in the hours immediately following her fullness.

Sighs of relief might follow, but don’t be fooled; work and tumultuous change are yet to come.  Change is not unpalatable; some aspects of it are welcome, reassuring and even, dare we think it, creatively and financially productive, with the Moon enjoying the flow of a trine to the awakening genius of Uranus.

Still, the path forward requires adjustments, particularly in our thinking, both individually and collectively. The need for tweaks comes from an inconjunct from the Moon to the North Node in Gemini, the communication and information sign.

Whatever leaves, there’s nothing to be gained by grabbing at it, except pain and frustration. “Resistance is futile” is a feature of this Full Moon. Your time and energy are precious. Be mindful where you spend them. Bless the departures, and turn your attention to your rearranging what is in your world into a more accommodating set-up.

A final note about story lines: Think back to the week leading up to the June solstice. Mercury stationed retrograde then at 14 Cancer, and the Sun is now at that degree. Look for illumination or greater understanding of information you learned, matters that were on your mind and communications you had then. (Mark July 27 for more to the story. That’s when Mercury, by then direct, passes 14 Cancer again.)

Want a refresher on what this eclipse family has brought?