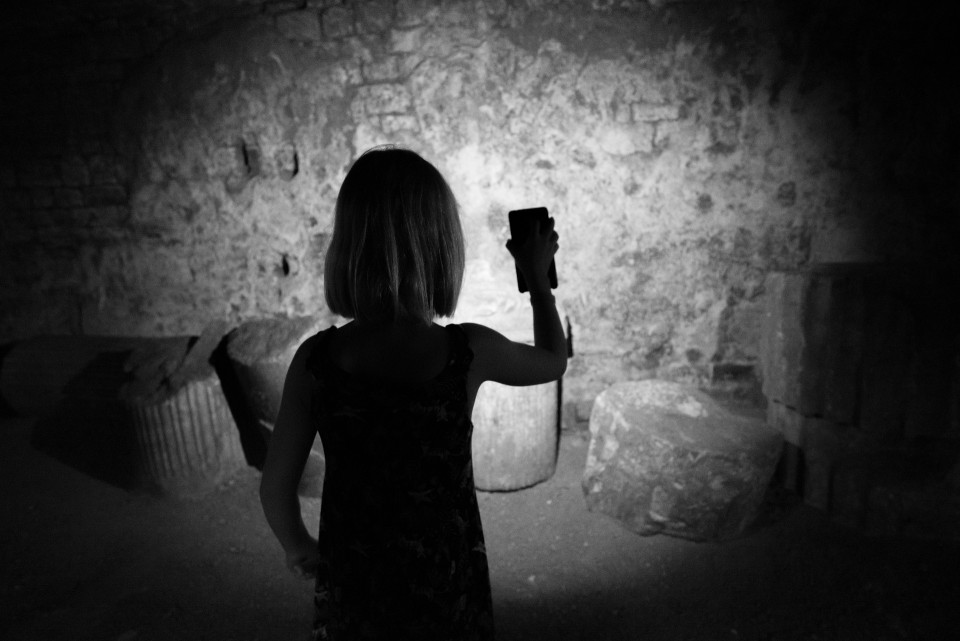 June is a milestone month. The number of astrological events is relatively small, but each one of them is major. The combined effect amplifies the unabating structural changes we have been experiencing all year, as well as the past and primal issues that have been coming to consciousness the past month or so. The cumulative impact also brings the simultaneous backwards-and-forwards perspective normally associated with January.

Retrorama, Continued
June continues May’s retrograde-heavy vibe, which pushes introspection, revisiting old loves, unfinished business, and a general air of diffusion and confusion. This combo has brought technology and communication screw-ups fit for a Mercury retrograde. One reason is Jupiter and Pluto in Capricorn pressuring flaws in foundations and infrastructure, which ramps up all month long. Another is Saturn creeping back to the door to Aquarius, a sign associated with technology and networks. And most of all, the Mercury retrograde simulation is because social director Venus is retrograde in Mercury’s airy home of Gemini, which continues for most of the month.

Buckle up; put grounding cords tightly in place, please. Technology and communication challenges, and the information whirlwinds, meet emotional tsunamis when Mercury joins the retrograde party. He stations on June 18 at 14 Cancer and continues backward until July 12. Put a pin in his retrograde station degree: the Sun will occupy that degree at the lunar eclipse on July 5, which wraps up the last two years of Cancer/Capricorn eclipses. Mercury’s about-face is foreshadowing that wrap-up in ways that may take time to discern.

Mercury’s retrograde adds emotional expressiveness, sensitivity and a tendency to personalize. Feelings that have been on hold or brushed aside now come roaring out. Misunderstandings and misinterpretations will be rampant, with both Mercury and Venus retrograde. Keep that in mind when you hear (or release) super-sized emotive outpourings. It would be prudent to wait to respond, and not to engage head-first with ranting or venting.

Emotional clearing is a benefit of Mercury’s retrograde overlapping with the others. It supports acknowledging, addressing and resolving (or attempting to resolve) matters that have been stalled, or hanging in the air, or creating awkwardness or distance – particularly involving relationships or financial arrangements. This may occur in your own head, or in the dream world, but it may just as easily happen via direct communication. Likely you will get the other side of the story, and likely you will reach a different position on the matter. Which may be releasing it.

For more on Mercury’s influence this month read my guide How To Handle a 2020 Mercury Retrograde.

The prospect of confusion – or compassionate resolution – heightens when Neptune begins his annual six-month retrograde, at 20 Pisces, on June 23. This switch has the slow sensation of an ocean liner changing direction. It might be imperceptible with everything else that’s going on. He has been feeling motionless for weeks, because he has been at this degree since the end of April, which has cast existence with the sense of being suspended in time, and dissolving our grasp on the calendar. (How many times have you wondered, “What day is it?”)

It’ll be easy to capitulate to the lazy, hazy daze of summer – until the cosmic cattle prod arrives. (More on that in a few paragraphs.) May as well take a breather during the first few days of Neptune’s retrograde, before rambunctiousness has everyone running around in the fog without thinking things through clearly. (Or at all.)

Even when that happens, the swirly confused and introspective atmosphere of six retrograde planets will be with us for the next three months, even after some of the players return to direct motion. That’s because they are all in effect at the June solstice (Neptune counts because he is effectively motionless, even if a few days out), and that chart colors the entire summer (winter in the southern hemisphere).

A change in texture occurs when Venus stations direct on June 25, two days after Neptune turns retrograde. She and Neptune are energetically passing the baton, from guardian of earthly love and creativity to overseer of the higher expression of both. Her forward motion in Gemini continues the elevated level of chattiness, running around and gathering bits of information, but more future-focused than during her retrograde. Watch for sorting through all the bits we sampled during the retrograde and putting some in your basket to come along with you.

Changing of the Guard
Another energetic baton passing occurs this month and next, as the Cancer/Capricorn eclipses wrap up and the next cycle, on the Gemini/Sagittarius axis, begins.

The gear shift wraps up a two-year process of resetting our concepts of home, family and security – and responding to the Cancer north node’s imperative of nurturing yourself, first and foremost. That remains a backdrop while the next big task comes to the fore: resetting life philosophies and outlooks. Are we optimistic and expansive? Or extremist and deigning to impose our way over anyone else’s?

The overlap is already in place at the month’s start, when the Sagittarius Full Moon lunar eclipse launches the next eclipse cycle on June 5. This cycle comes in with what is going out. Its arrival is loud and unmistakable, with a cacophony of slamming doors, ending chapters in what we had previously believed to be true or possible. This eclipse family will bring up and reset matters involving broadcasting and the media, air travel, politics and the legal system, prejudice, personal freedom and the great outdoors. Watch for a further sense of previous ways of being slipping more and more into the past.

While we are grappling with departures and endings, a potent beginning shoots us on our ways. The Cancer New Moon at the solstice is a solar eclipse, at the first and rawest degree of the sign. All the evolution of the last two years has led to this: shifts in family systems, traditions, roles and distribution of power; releasing or reconfiguring ancestral and societal programming; revised priorities and expressions of nurturing and caring. The solar eclipse, on June 20/21, catapults us into a direction determined by these changes, which means leaving behind people, obligations and situations that aren’t heading the same way. The cleaning out/moving on process and the eclipse cycle complete with the Capricorn lunar eclipse, on July 5.

For a refresher on the meaning and impact of this eclipse family, watch my presentation Resetting Home & Security: The Eclipses of 2018-2020.

Flame On!
In the midst of the retrogrades, the introspection, the confusion and fog, the looking backward while flying forward – inner engines ignite. We get mojo and motivation back. The cause? A huge change in the guise and expression of action hero Mars, god of war, ruler of the masculine and how we push ourselves. For most of June, he’s floating in the all-connected waters of Pisces. Mars in Pisces is not suited to forceful motion (pushes get backwashes) but operates indirectly, backhandedly, gently, sideways, possibly with sensitivity and tenderness, possibly with misdirection, deception and delusion. Come the 17th, he leaves those watery ways for his home turf of Aries. Here he is bold and emboldened, fast acting to the point of reckless, suited for battle and often provoking it.

The shift promises to be palpable, as if we’re all waking up after … well, no one’s exactly sure what.

His return to Aries injects everyone and everything with high octane fuel. After months of being dazed and confused, motivations ignite to do something, anything.

Couple the passionate, unpremeditated impulses of Mars in Aries with ongoing retrogrades and fog and … well, the most optimistic potential is acting on instinct. His first aspect is a sextile to Saturn, which opens a doorway. The question is, to what? Saturn has returned to the degree he occupied when the pause button went down on life in late March. This sextile presents an opportunity to go to war against social distancing. It just as easily invites taking action to connect to friends and community, or to further an innovative, collective experience. You may see an opening to move ahead on something that’s been stalled since March, and you may not realize you’ve dashed through the opening until afterward.

No need to jump the gun, though many people will. This energy is with us for the rest of the year. Mars remains in Aries until early January. His big assignment arrives in mid-August, when he makes the first of three squares to January’s Saturn/Pluto conjunction degree of 22 Capricorn.

Second Verse, Same As The First (Sort of)
The backdrop for all of this, the background event that whirs and stirs and pulses underneath everything, is the second of three meetings between expansive Jupiter and Pluto, lord of death and rebirth, agent of unavoidable change, and ruler of all things hidden. Their exact conjunction is June 30, but they are traveling so closely all month to make their point relentlessly.

Their first conjunction colored the end of March and start of April. As I said in March’s Astro-Insight:

“Jupiter’s expansiveness is ballooning last year’s transforming developments, which crystalized when Saturn met Pluto in January. The three-part dance of Jupiter and Pluto has the effect of a level going over poured concrete, ensuring that the concrete fills completely, pushing out air bubbles and smoothing the surface.”

This second meeting deepens cracks, accelerates the emergence of rot or debris or toxicity, and pushes out more air bubbles and concrete further into the depths. The first conjunction, exact April 4, dug up that debris and rot and toxicity and deposited it around us. The second conjunction has us looking at the piles of whatever and beginning to consider what we want to do about it. The third, in November, will see us implementing what we’ve decided (and move further ahead on whatever Mars’ squares in August and October precipitate).

The initial advice in the March forecast holds true: “You can use the combination to expand projects, to prune and force buds to blossom, to clean out and purge any rot or debris that has made itself known. (Collectively, we can expect to witness more institutional collapse and see more criminality and corruption surfacing; keep the faith.) You can also accelerate personal growth, by taking bold leaps and going for broke.”

Want to learn how to separate from the world’s dramas and enjoy some calm and grounding despite the pandemic? You’ll get that in my three-session course Reclaiming Your Energy: Tools & Techniques. The course starts on your choice of Tuesday, June 9 or Wednesday, June 10.

Image by Rudy and Peter Skitterians from Pixabay