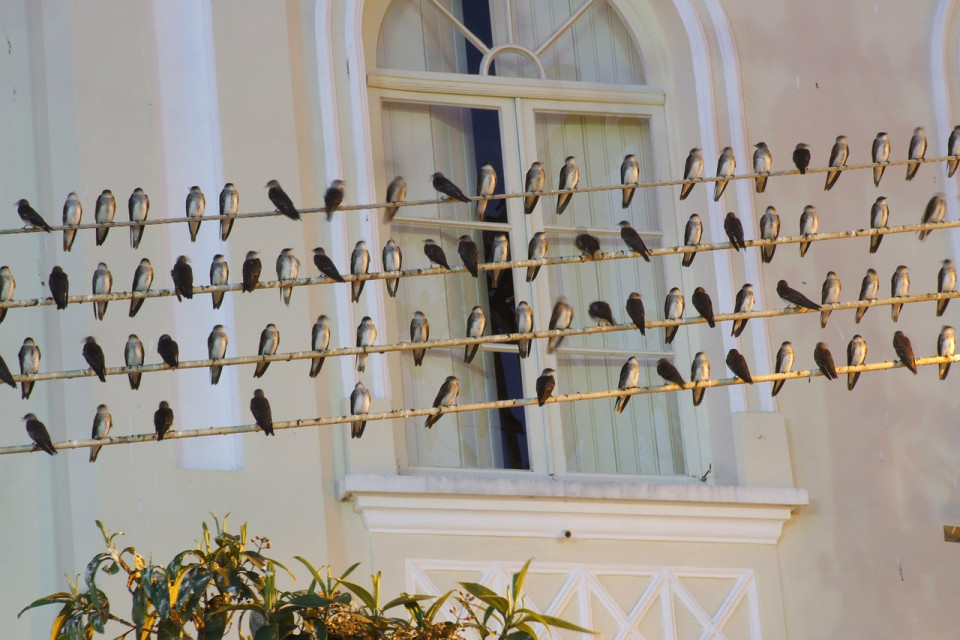 May has potential for some movement at last. Don’t get out your running shoes, though. Forward movement is not the point. Or particularly possible.

Romanticizing, idealizing and delusion waylay us at the month’s start, as the two guardians of love, Venus and Neptune, clash May 3. Individual clarity is possible when the Sun meets Mercury the next day. Primal forces are building, however. They dominate the hyper-intensive Scorpio Full Moon May 7, which traffics in impulses that don’t normally see the light of day. They get an assist from Neptune and his glamour, escapism and cosmic fog.

The teamwork has the potential to infuse our deepest perceptions, possessiveness and desires with higher love and compassion, or to blend them with delusion and deceit. Either way, we’re more likely to stare into dark waters than get a move on. Clarifying, potentially stabilizing ideas and messages follow when messenger god Mercury trines Pluto and then Jupiter May 9 and 10. And then backtracking season begins.

The month’s first half brings a parade of retrogrades with staggered entrances and a combined impact of directing focus anywhere but forward. By mid-May four planets are retrograde and luring matters from the past, from the shadows and from our psyches that call for attention, from business that is unfinished or requires additional work, to deeper ramifications of what we’ve been facing this year, to old friends and loves emerging from the mists of time.

Three of the retrogrades involve outer planets, whose about-face stirs currents that affect the collective as well as individuals. One is already retrograde when the month begins: Pluto, lord of death and rebirth, overseer of all things hidden and agent of unavoidable change. He is going deeper into collapsing structures, beasties flying out of psyches and revelations from the shadows, and in general revisiting the evolutionary change that crystallized when he and Saturn met in January.

The force associated with social distancing, shutdowns and lockdowns is the first to join Pluto in retrograde motion. Pluto’s collaborator in evolutionary change, Saturn, stations retrograde on May 11. The planet of rules, order, responsibility and adulting, Saturn has been taking a breather from his work with Pluto and test-driving applying his tendencies to network-oriented Aquarius, which he will enter at the December solstice for a couple of years. He has made it to only the second degree of Aquarius for now, and will return to Capricorn at the beginning of July for a final look around. Watch for his reverse march through Aquarius to loosen, undo or at least trigger a rethinking of restrictions and new definitions or experiences of community that have arisen since March 16.

The Plutonian undercurrents swirl all the more after May 14, when amplifying Jupiter joins Pluto in a slow drift toward their meeting at the end of June. They are deepening, expanding and intensifying the effects of their early April conjunction, which had the effect of deepening, expanding and intensifying Pluto’s phoenix moment with Saturn in January. (Everything’s connected.)

Socializing gets an additional boost from the month’s only inner planet retrograde, which encourages getting in touch with folks from all over our timelines, as well as collecting and trading tidbits about what’s been going on. Venus, goddess of love, money and all we value, is retrograde from May 13 – June 24, traveling from 21 to 5 Gemini.

She’s chatty and sociable as can be in this sign, and this retrograde is likely to inspire a frenzy of making up for the constraints of social distancing. She’ll be retracing ground she’s covered since April 5, so watch for dropped or unfinished conversations or connections to come back around for revisiting. Ghosts from further back are returning as well, popping up in social media feeds, sending email or friend requests out of the blue and running through your mind. The point might be saying hi, or reminding you of earlier interests and types of pals, or reacquainting you with previous versions of yourself.

Her retrograde path has a coming attractions component, too. She’s crossing degrees where eclipses will take place on the Gemini/Sagittarius axis, this June and July. Look at what comes back up now as an advance guard for matters this next eclipse family will be resetting, shutting out or upgrading – specifically, friends or types of friends, information sources and vehicles, and what you think about and believe to be true.

This retrograde is particularly meaningful for the collective because it has Venus coursing backward through the US seventh house of partnerships, people who work for us and open enemies. Keep an eye on the scads of figures in political news with Gemini suns – including Trump, Pence, Barr, Guiliani and, across the pond, Boris Johnson.

Venus retrograde has some caveats: People and objects may not have the value they present. Words may charm and dazzle, but hold off committing or buying anything major till she’s direct again.

As Venus stations retrograde, our ability to push ourselves forward shifts into a loose, emotional mode, when Mars enters the all-connected waters of Pisces on May 13. For the rest of this month and next, the feminine is in a masculine, intellectual mode, while the masculine is in a feminine, empathic mode, a duality that is fitting for Gemini, the sign of the twins.

Mars is in Pisces till the end of June, encouraging indirectness and softened approaches (guided by imagination or compassion or other nonworldly sources or a bottle of wine). Self-sabotage and boomeranging efforts are also in his bag of tricks. Think of what happens when you push water away from you in a pool or a tub or a lake: eventually it comes back at you, sometimes with a force you can’t control.

As Venus retrogrades, she’s under the command of Mercury, cosmic messenger and ruler of Gemini. He zips through three modes of expression this month, and our mouths, minds and information flow will follow suit.

He’s in down-to-earth, show-me Taurus through May 10. The pace and noise level pick up when he enters his air home of Gemini May 11. During his three weeks in this sign, he’s amplifying what Venus is up to. Watch for an epidemic of chatter, multitasking, and minds flying all over creation. If shelter at home orders are lifting, our feet and bodies will be running free as well. If orders are still in place, well, we’ll be finding other ways to run amok.

All things Mercury go back home starting May 28, when he enters emotional, nurturing, super-sensitive Cancer. He’s in this sign through August (his second retrograde takes place there, starting in June). His watery methods bolster Mars in Pisces and the masculine’s foray into feminine ways.

While Mercury is still in Gemini, some grounding, practicality and focus paradoxically lock in for the long haul. The Gemini New Moon May 22 enjoys the freeflowing energy of a trine to retrograde Saturn in Aquarius. Flibberty-gibbet meets slow and steady, and somehow the pairing works. The link encourages finding ways to turn all our mental running around into something durable. Friendships and social connections are in the mix, with the Moon’s ruler Mercury in a conjunction with Venus that same day.

What’s stabilizing in our thoughts and words reflects massive personal evolution. The New Moon is in the aftermath of trines from the Sun to Pluto and then Jupiter, on the 15th and 17th. The Sun’s contacts to those titans in March brought painful self confrontation and emotional processing, with all the comfort of forcing our bodies through a narrow steel tube. This month’s contacts are easier and more organic, at least in terms of showing up.

Psychic surgery is at hand; the butterfly is breaking out of the chrysalis. It’s starting to find footing at the New Moon, too. The Sun is conjunct Saturn on that day, while Mercury is dusting it up with Neptune. Reality checks abound. Welcome them; embrace them.

Doorways for gentle, unexpected action are opening May 25. Our minds are moving into tender territory. Nurture and be kind, first and foremost to yourself. Home is sweetly appealing, no matter how much time we’ve been spending there this spring.

Learn more about the energies in play in my Saturn in Aquarius talk and guided visualizations Working With Saturn and Working With Pluto.

Image by jairomoretti from Pixabay