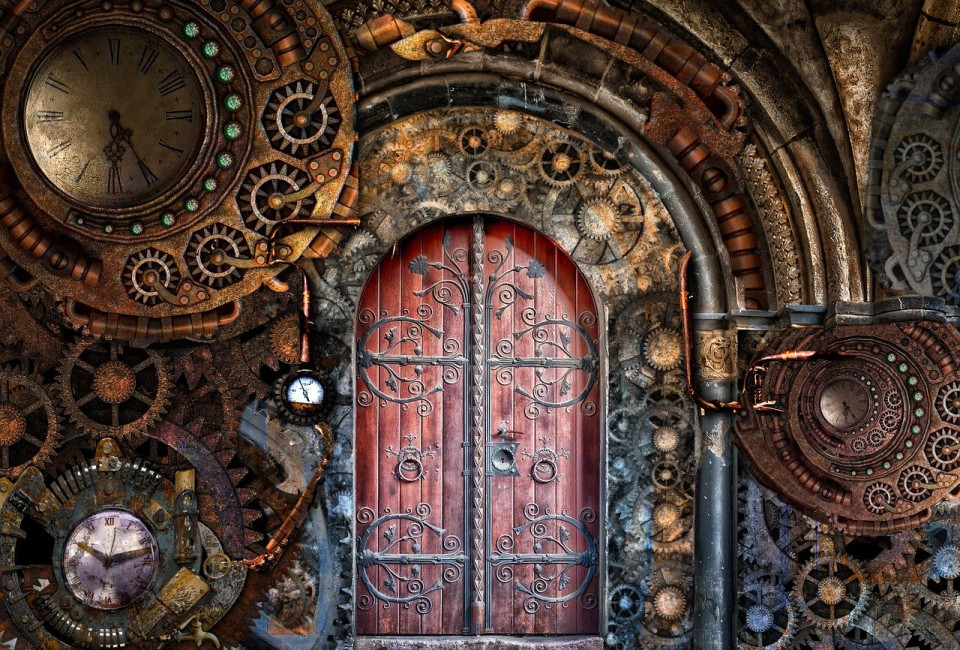 And now, we assimilate. December and January – especially January –imposed so many evolutionary surges, with the no-going-back-finality of childbirth. Our revised conditions are firmly in view at this point, and we are grappling with them.

As we take them in, February brings soaking, revisiting, playing catch up with emotional expression; leaping instinctively, perhaps recklessly at objects of desire; and engaging in methodical, tactical, incremental moves toward concrete goals.

Makes sense, given what we’ve been through. We are in unfamiliar territory, and we will be all over the map – sensitive, psychic, confused, impatient, feisty, daring and practical to the point of calculated.

Your leading questions are: What just happened? How do I feel about it? What do I want? Do I really want it? Really? What’s worth my time and effort? What small step can I take right now?

The mechanics of daily life change gears this month. The nature and content of thoughts, information and communication, our social dealings and our approach to getting things done shift mode of expression as all three inner planets change signs.

Messenger god Mercury sheds the objectivity and logic of Aquarius when he dives into the formlessness, all-knowingness and inter-connectedness of Pisces February 3. Information travels through those waters without always (or accurately) identifying the source, or coming in words. Concepts, compassion and kindness flow easily, but take note: We’re all sponges and empaths, aware of it or not.

The only clarifying moments bookend the month. Lightning pierces the waters and shows other perceptions, possibilities or just startlingly radical insights when Mercury makes an opportunity aspect to his crazy genius uncle Uranus February 5 and again on February 28. Both times the lightning dances before us; it’s up to us to look at it (and what it’s lighting up) or not.

Otherwise, we’re sailing off into la-la land and beyond all month, as Mercury makes his first retrograde of the year in this diffused, magically distorting sign. Mercury stations retrograde February 15 and remains retrograde for the rest of the month. (He re-enters Aquarius on March 4 and stations direct March 9.)

This retrograde adds double strength to the usual retrograde challenges – confusion, misunderstandings, subterfuge, deception. Befuddlement could take over you, or a driver, or the technology, when you are in transit. So, as always with a retrograde, allowing extra time is advisable.

The benefits of a retrograde are double strength as well. Going back over oldbusiness is more an intuitive exercise than a research mission. Dreams and contemplation reveal much. Watch for symbols and synchronicity, too. You could stumble upon, which is to say, learn a lot, about emotions, especially what other people have been going through.

Watch for forgiveness of self and emotional assimilation when Mercury meets the Sun February 25. Openings to move on info, or to communicate it to inspire action, come when Mercury sextiles Mars February 26. More lightning strikes the waters at month’s end, when Mercury again sextiles Uranus. Perhaps more of the stories emerges from February 5.

Learn more about Mercury retrograde this year in my guide at OM Times.

It’s not all lounging in a hot tub time machine. Impulsiveness and steaminess follow the Pisces flow almost immediately, when Venus enters Aries for a month on February 5. In Aries she is in huntress mode, firing us up to go after what we desire without asking or thinking or considering what might happen next. The chase is the point, and attainment may make us lose interest and move on for the next challenge. That’s the way she works ordinarily, that is …but maybe not so much right now. (Hold that thought.)

Still, her shift into Aries gets us all moving. No more being in a daze (or awe) over how different the world is, or we feel. We are up and at ‘em.

For her first week in this high blazing life force, we may be hopping. She’s in the flow with the Leo Full Moon on February 9, at 20 Leo. Mercury may be in the water, but the Venus/Moon combo is no recipe for navel gazing. The Full Moon will charge your inner child and entitlement gene. The Moon will likely show who gets and appreciates you and energize adventure, risk and fun. This Moon may also light up where you are ignored or undervalued, and trigger anger or “I’ll show you!” or other reactive impulses. With Mercury slowing toward his retrograde station, data may be … garbled.

Feistiness meets better judgment, or maybe just frustration, midmonth. As Mercury stations retrograde, our drive, motivations and actions move into project management mode. Mars, the cosmic first responder, enters slow and steady Capricorn on February 16. He begins slowly, steadily, methodically implementing our revised reality as he slowly, steadily, methodically hits the degrees of all the recent activity in the signs of Cancer and Capricorn.

But first, he gets an assist from awakening, liberating radical change agent Uranus on February 21. Mountains move; blocks crumble; effort produces breakthrough (and vice versa). Accidents are also easy peasy, and we’re well into Mercury retrograde so …be here now while driving or moving about. You have been forewarned.

The Mars/Uranus trine happens under cooperation between Jupiter and Neptune. Inspiration and guidance can come on down to the earth plane and into manifestation. Confusion and lies can migrate down here, too. Consider those advisories underlined three or four times. In bold.

Movement is inevitable, and soon. The next day, Mars activates the degree of December’s Capricorn solar eclipse and circumstances push us toward the goals it spawned. (You can certainly harness the energy and pour effort into your path.) Personal shackles can come off and aid that movement, since the Sun is simultaneously making an opportunity aspect to changemaker Uranus. Mars and the Sun make the same link on February 24.

All the gears of ordinary waking life are working in their new modes by month’s end. Communication and relationships and drive spin and whir and open pathways to progress and growth. Don’t be surprised if you forsake their tidy operation and fall prey to an attraction with the suction of a tractor beam. Primordial impulses drive us the final weekend, as the two forces of desire and obsession, money and MONEY demand action from each other. Look for the lightning on the water. It may throw you a lifeline – or awaken the courage to give in to the attraction.

A note about Valentine’s Day

What’s the outlook for a romance themed day? Not bad, actually. The sky has a few markers for romanticizing, escaping and rosy vision, with communication ruler Mercury in Pisces mode and moving toward Neptune, the cosmic illusionist and font of higher love. Making it real is possible if you make the effort, because Mercury is in an opportunity aspect to beneficent, indulgent Jupiter in down-to-earth, goal-oriented Capricorn. Tiny but tangible gestures can pack an impact.

Image by Prettysleepy from Pixabay