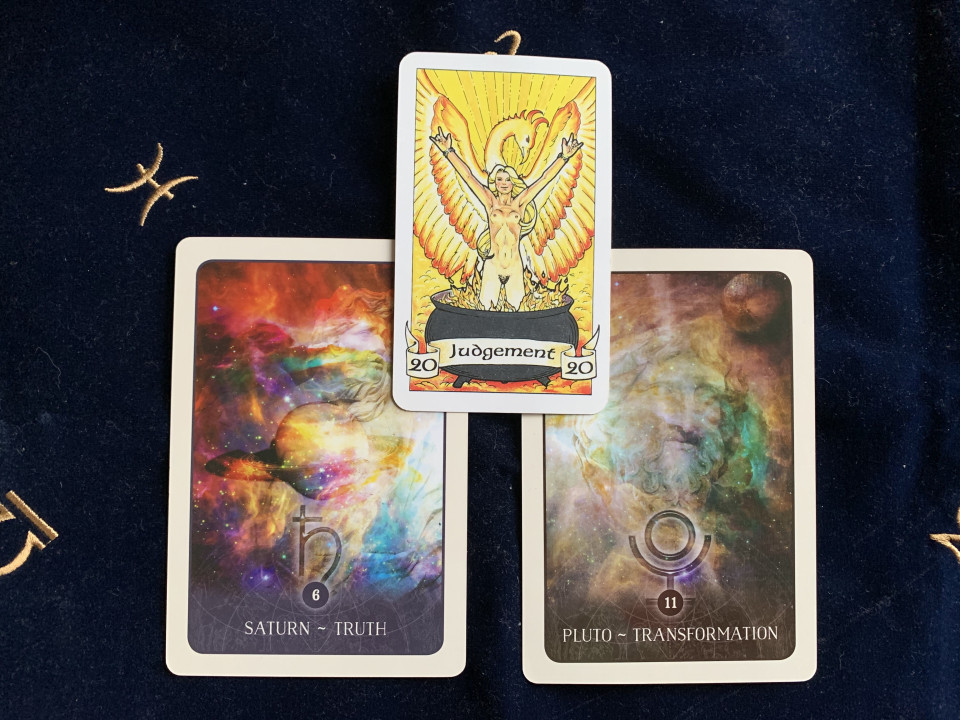 January is named for the two-headed Roman god Janus, who looked forward and backward simultaneously. The namesake is especially appropriate in 2020. This January brings the intense culmination of processes that have been building for years, with revelations and doors slamming on the past, and refocused situations that will unfold over the course of the year.

The month has a dominance of planets in earthbound, goal oriented Capricorn, the project manager of the zodiac. The sign hosts the much ballyhooed, big event of the year, the Saturn/Pluto conjunction. Quite a bit happens, though, before it occurs on January 12.

Our communication mode is practical, concrete and serious, with cosmic messenger god Mercury in Capricorn through midmonth. Talk proliferates as the year begins, with Mercury meeting expansive Jupiter January 2 and encouraging bigger, grander conversations and plans. We get the motivation to follow through, too, thanks to action hero Mars entering expansive, adventurous, high-flying Sagittarius on January 3. He remains in go-get-’em mode through the rest of the month, tweaking his methods with an inconjunct to awakener Uranus on January 7.

The intensity of the past few months peaks January 10 – 12, when gangbuster events occur back to back. The Cancer Full Moon on the 10th is a lunar eclipse, whipping emotional tides into floodwaters that team with revelations, surprises and goodbyes. The action pulls up matters that have been flirting with the surface since the Cancer/Capricorn eclipses began in mid 2018. It’s also lighting up – and escalating – the emotional weight and impact of the Saturn/Pluto conjunction locking into place scant degrees away from the Sun. Family obligations, nurturing needs, deep, tender, childlike (okay, -ish) wailing abound, with an inescapable sense of an era ending.

The event is charged with lightning, with sudden revelations, with flashes of insight and emotions turning on a dime. Volatile change agent Uranus is ending his five month retrograde and stationing direct. His turnaround adds unpredictability and sudden shifts in perspectives and material circumstances alike.

Communication grows focused and bottom line. Change is inevitable and arrives in unmistakable physical form on January 12, when Mercury meets Saturn and Pluto and the two titans themselves merge. The event carries the power of a phoenix rising from the ashes and stepping out purified and reborn.The lord of structure, rules and ramifications is joining with the cosmic agent of unavoidable change, an event that happens only three times a century. Evolutionary forces have been working on us, heightening in the past year. Now the forces are meeting containment. Now change is manifesting in structures, foundations and institutions. Now you can repackage the upheaval of the past 12 years and make something tangible from it, in refocused and reprioritized form. And with the messenger god in attendance, the event and its importance are in our thoughts, in conversations and decidedly in the air. Not to mention that the way we view life is also changing forever.

The crystalization is a construction project that will consume most of the year, expanded and improved upon as Jupiter crosses the conjunction degree three times from March through November. The reality of the conjunction and what it’s shape shifting may stun us at first. The initial shock waves coincide with our social mode sliding into gentle, dreamy, forgiving and escapist ways, as Venus leaves let’s-be-friends Aquarius for the poetry and spirituality of Pisces.

The shift is a fortunate coinciding –  we are all going through this phoenix moment – and it’s easy to cut other people slack and view them in a kind and loving light. Bridges and breakthroughs are possible when Venus makes an opportunity aspect to Uranus on January 15.

The shake-ups carry the potential for tangible personal benefits. Love goddess Venus is sextiling beneficent Jupiter; sweetness and kindness and magic are on tap. Buy a lottery ticket or four. Reach out and touch someone, especially if they’re hurting (or your connection has been damaged).

The shake-ups and fresh air have some staying power. The Aquarius New Moon on January 24 refreshes friendships, networks and an objective perspective, with ruling planet Uranus zinging them all with electricity that breaks them out of stuck places.  Doors open to acting on our new ideas, or at least communicating about them with enthusiasm, when Mercury sextiles Mars January 25.

Moving ahead on them becomes an imperative the next day. Venus, ruler of all we value, shoves her cosmic consort Mars and he has no choice but to act. Financial matters, relationships, creativity – none can remain stalled. When Venus is clear about what she wants, Mars must do her bidding. And Venus in Pisces wants fairy dust, poetry, magic and reconciliation.

Her otherworldly approach heightens as she meets dreamweaver Neptune on January 27. With the mingling of the rulers of love in all forms – earthly and spiritual –  a sense of higher purpose rains down on the worldly striving. Watch for reminders of why we work, and for creative, loving and spiritual energies to permeate the shape shifting that is happening in our worlds.

The admonition about all work and no play doesn’t begin to describe the effect. Operating from a compassionate, loving or outright magical place is an imperative. Action hero Mars squares Neptune as the month ends, on January 28. We may confront illusions and deception; we may force gusts from the cosmic fog machine. We will, however, pursue Venus’ desires. And with her exalted in Pisces, love will  be the guiding star.

Learn more in my talk about the Cancer/Capricorn eclipses and my 2020 guide. And why not treat yourself to a quickie Tarot reading for the year  using a spread based on the 12 houses?