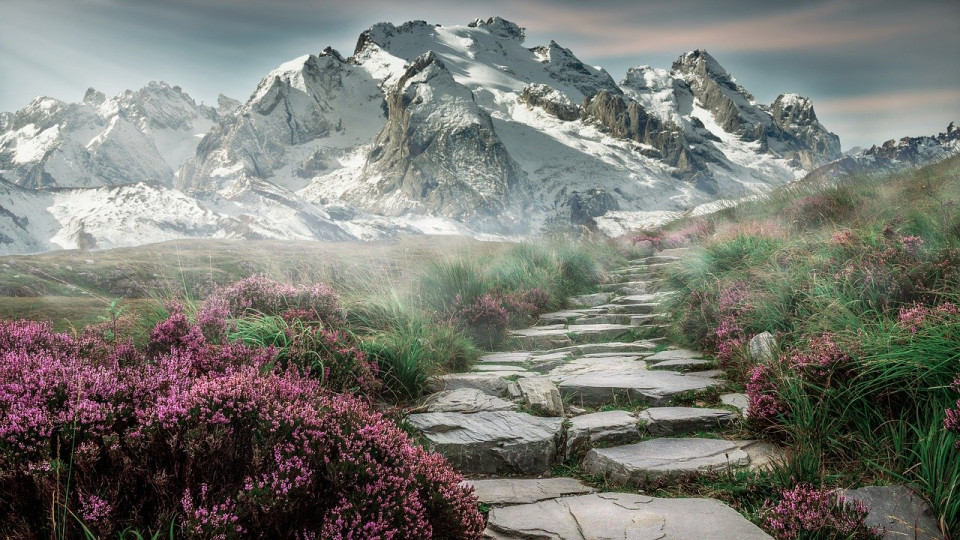 A focused, serious vibe permeates December and its usual hubbub. The year-end holiday season has us training one eye on the cost and the other on the long-term.

Energetically and astrologically, 2020 is already starting, without the clink of champagne glasses and kisses at midnight. Goals, decisions and processes are crystallizing – not merely becoming clear, but taking tangible shape – that will unroll, slowly and inexorably, throughout next year.

A down-to-business vibe launches the month. Expansive Jupiter ends his year at home in boisterous, philosophical Sagittarius on the 2nd and enters practical, goal-oriented Capricorn. He’s been whipping up ideas and passions; now he brings his knack for increase to decidedly worldly matters.

During his year-long residency he’ll be amplifying the updates, resets and reboots of the Cancer/Capricorn eclipses, as well as the reality shape-shifting of the Saturn/Pluto conjunction coming in January. We’ve been feeling and grappling with these influences all year. They’re behind the shifts, cracks and changes we’ve been seeing in foundations and structures, in family systems, in your programming, in what you want to make out of your life.

The skies have offered new-found clarity about what is leaving, like it or not, and what we’d like to build next. Not sure yet? The month promises to deliver solid data on that – with plot twists aplenty, particularly when Uranus enlivens the action on the 15th, 24th and 30th.

And no matter if you remain puzzled, doubtful or dubious: Your thoughts and communications are out of the depths (and the dumps) and off on adventure, instinctively pursuing information, broader horizons and truth. Messenger god Mercury’s recent retrograde is fading into the past, and he abandons the murky waters of Scorpio for Sagittarius and its fiery possibilities on December 9.

This transit bodes well for frolicking interactions and holiday cheer, but take note: the Sagittarius guise has equal power to ignite arguments and intellectual self-righteousness as well as laughter and optimism.

His fleet-footedness may take your mind and information flow all over the cosmos, and likely you will happily follow his meandering path. Whether you take the scenic or direct route, though, your ultimate destination is what’s important. Wherever you find yourself oriented at year’s end, that’s your direction of next year and beyond.

A long-term, Capricorn mentality is ever present as we juggle holiday making with wrapping up the year. Quality is more appealing than quantity. We’re acutely aware of resources, of time and money and emotional energy, and we’re in conservation mode. That translates to shorter gift lists, fewer traditions and activities, streamlined and deliberately chosen socializing.

The reason for this season isn’t just Jupiter in Capricorn and, lest we forget – as if we could forget! – Saturn and Pluto nearing the end of the sign. Jupiter’s got a growing number of allies in Capricorn and closer to earth.

The first is love goddess Venus, who’s in “Santa Baby” mode through December 20. She delivers the starkest, nonnegotiable developments when she meets Saturn on December 11. This could be the emotionally coldest day of the month, with desires meeting disappointment, obstacles, nos, rebuffing or limits. On the other hand, this duo could make her theme song come true and deliver the solid manifestation of a desire. Either way, you’ll have a definite, visceral sign about feasibility, having to do with a matter close to your heart.

Focus sharpens when she meets Pluto on December 13. The meeting zeroes in on what matters most and cuts out everything that falls short. You. Are. Forewarned.

Venus moves into Aquarius on December 20 and changes her tune to “Why Can’t We Be Friends.” The Sun picks up the Capricorn baton the next day, and Mercury joins in on the 28th. Cost, durability, long-term desirability and calculated practicality only grow in strength and predominance as the month goes on. Like it or not, we’re all adulting this holiday season.

Despite that relentless, insistent seriousness, life isn’t all stodgy. It has its surprises and breathers, some incredibly welcome, too. Sweet memories, grace and the glitter of Hallmark Channel movies abound with contacts to dreamweaver Neptune on the 8th, the 14th and the 19th. The first and second of those could be confusing, not that we’re likely to mind; the middle one has the otherworldly pouring down and through our actions here on earth.

Fun, distractions and the noise level in general crest at the Gemini Full Moon December 12. It’s the chattiest Full Moon of the year. It’s full of gab and laughter, but remember that it’s also a point of culmination. The chatter contains information that feeds into the streamlining, no-time-to-lose Venus/Pluto meeting the next day.

Twists and turns, epiphanies and breakthroughs electrify the last two weeks of the month – and year. A trio of trines to liberating, awakening Uranus is the cause.

Jupiter directs Uranian lightning to the ground on December 15, a recipe for a lucky break in circumstances.

Static and excitement are in the air on the solstice, when the Sun enters Capricorn on December 21. (Learn about the solstice in my webinar. The lightning doesn’t hits home, and personally indeed, until the Sun trines Uranus on December 24.

The strike is one reason this Christmas and Hanukkah won’t be business as usual. The second, and bigger cause is the Capricorn New Moon on December 25/26. It’s a total solar eclipse, conjunct amplifying Jupiter. The event is installing a new and upgraded operating system, then rebooting us all. It’s the moment in a cakewalk when the music stops and participants scramble for chairs. When this eclipse stops the music, wherever you are, there you’ll be. Chair or not.

Learn more in my talk about the Cancer/Capricorn eclipses.

The operating system upgrade will roll out over months. With Capricorn as the playing field, developments will be incremental and slow. Information, however, is quick to follow.

The year ends in a mental lightning field, with startling news, realizations and tilts in perspectives. Mercury is only two days into Capricorn when he trines Uranus on December 30. Change your thinking; change your life, the saying goes. It’s the watchword for the end of this month, the end of this year and, come to think of it, the end of this decade. And it’s in action everywhere as we head for this portal.

May the month bring you practical magic of the most welcome nature, and may you enter 2020 with the resolve and resources to bring goals into reality.

Image by composita from Pixabay