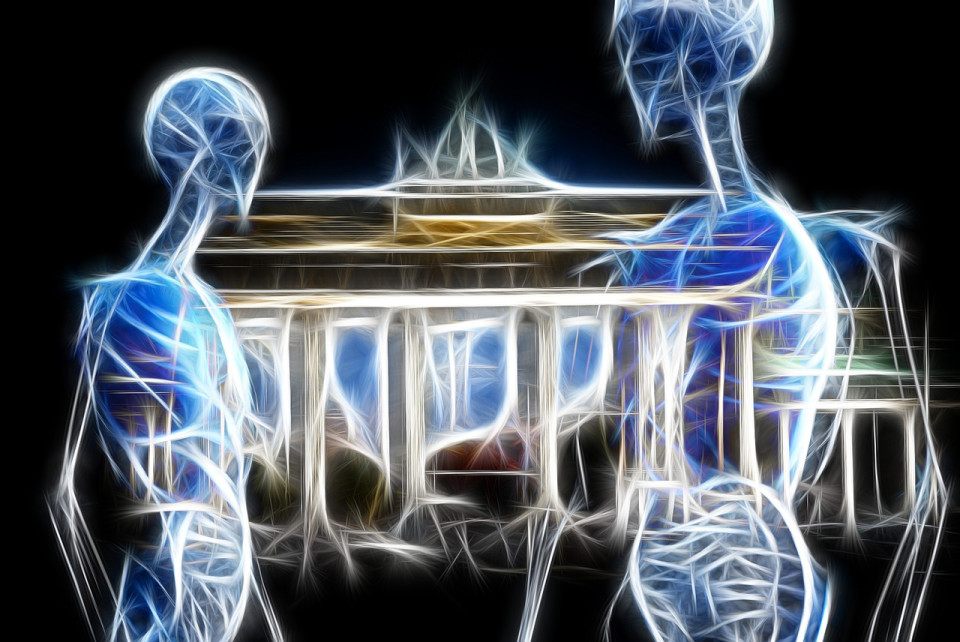 We’re all in the depths now. It’s a spooky, terrifying, clarifying, uncomfortable place. It’s fraught with electricity and jolts that discourage obsessing and lingering. And it’s launching an intense, primal and possibly liberating phase in how we connect and share, courtesy of the Scorpio New Moon.

This Halloween-flavored New Moon is exactly opposite radical change agent Uranus in Taurus, which is stimulating metaphoric electric eels in our psyches, in hiding places, in back rooms and closets alike. The waters are too charged to remain still or stagnant. Intermittent, unpredictable zaps of current are lighting up the waters and providing glimpses of what’s down there.

Watch for secrets to come out, motivations and wrongdoing to be exposed, phobias and truths and power to be glimpsed. Watch, too, for extreme selectivity in what and whom you choose to pursue, engage or connect with.

Primal power is at your disposal. May as well embrace it. “Resistance is futile” is the watchword of this New Moon. You may find yourself facing down a monster and tackling a difficult situation or two. You may surprise yourself by instigating the process (and maybe without notice after a Uranian zap).

Relationships, finances and how we talk about them are in the mix. Venus, goddess of love and money, is approaching the end of Scorpio with messenger god Mercury, who is slowing to station retrograde just days away, on October 31. We’ll be contemplating, discussing, investigating and diving into these waters for weeks to come, until he leaves them at the beginning of December.

We’re at an evolutionary way station. The New Moon, Venus and Mercury are focusing, intensifying and streamlining recent changes in our stories – and laying ground for big events to come.

The Venus-ruled Libra New Moon launched adjustments in relating and demanded putting old ways and structures behind. The Mars-ruled Aries Full Moon squeezed Pluto, agent of unavoidable change, and birthed long-simmering, evolutionary shifts in the ground beneath our relationship seesaws.

The rulers of those two lunations are now linking to Pluto, ruler of the Scorpio New Moon. Venus is in an opportunity aspect, while Mars is in an action-demanding link to Pluto and his traveling companion Saturn, lord of order, rules and the established ways. With Pluto still in the spot he occupied during the Aries Full Moon (and where he has been since August), Venus and Mars are positioning us for both focused and forced continuing change, in areas that have been in transition for months.

Whether you have control over the changes, you can steer this Moon’s energies and participate in the reshaping. Identify your personal brand of treasure and claim it. Dispatch your demons. Embrace the restructuring of your relationships and family systems. Cut away the dead, dying and no longer meaningful. Reprioritize. Connect deeply and honestly.

You – and the developments of this Scorpio New Moon – are preparing the way for major action to come: the Capricorn New Moon solar eclipse at 4 Capricorn (sextile this lunation) at Christmas, and the conjunction of Saturn and this Moon’s ruler Pluto in early January. Targeted action now pays off then.