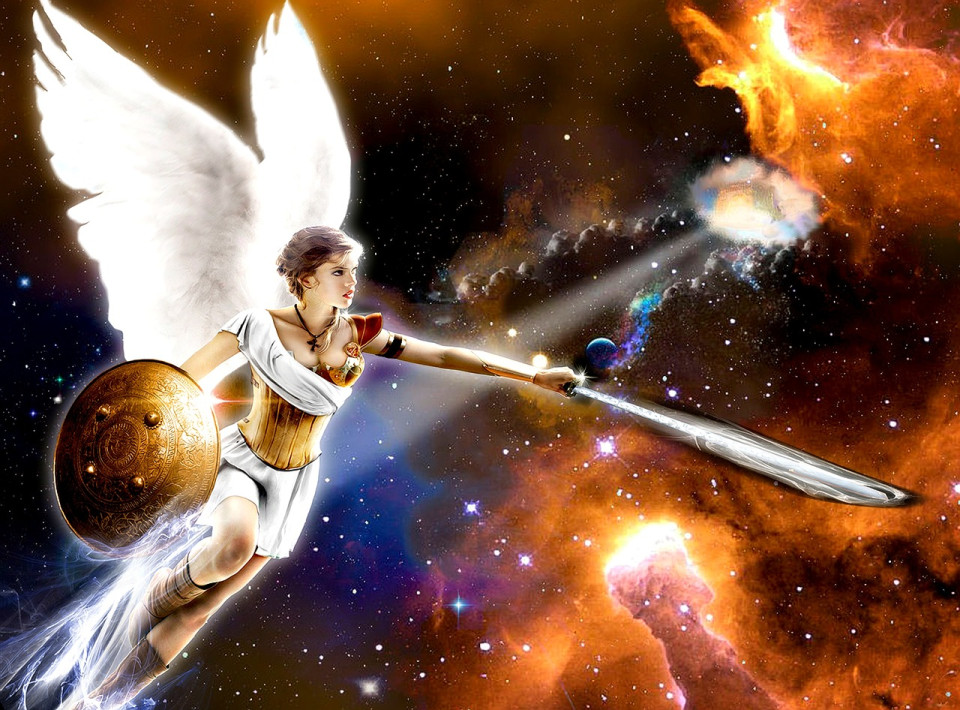 Forces that have been building for months are erupting under the Aries Full Moon, and the release is turning clichés into realities. Something’s gotta give, and that’s what’s happening. Push is coming to shove. Mountains are moving, and so is the earth under our feet.

Ground zero for the eruptions and implosions and earthquakes: the tenuous balancing act of relationships. The Full Moon is lighting up the I/you/we axis, which weighs individual identity against what we have (or choose) to do to coexist one-on-one.

That fundamental of existence has been groaning with impending change for months. The emotional cresting and culmination of this Full Moon is causing the tectonic plates to shift at last. Monumental evolutionary changes are here, and, as another cliché goes, resistance is futile.

You’re likely to be chomping at the bit. With the Moon in fiery, leap-without-looking Aries, you’re instigating as much as you’re on the receiving end. And motivation is at a high to get moving already.

This year has involved so much cleaning and clearing out – of family structures and responsibilities; of ingrained, cellular or ancestral patterns; of emotional, mental and physical clutter. September’s Libra New Moon launched a refreshed, if somewhat uncomfortable, phase in relating. Building interpersonal tensions now come to a head in a cosmic game of “Who’s on Top?” (the inevitable Aries/Libra question). Each end – the individual and the other person, or the individual and the relationship – is equally weighty, and what’s balancing the seesaw? A force more powerful than any human will: Pluto, the lord of death and rebirth, the cosmic agent of unavoidable change.

The Sun and the Moon are bearing down on Pluto in an exact t-square. All three are in cardinal signs, which move energy, in a configuration that has both our rational and emotional sides demanding change from the agent of metamorphosis. He’s at the degree he first hit in late December, where he has been since late August, and where he stationed direct last week. Think of him as a drill that has been boring down in place for about seven weeks. Whatever’s down there is primed for movement. And it will respond to the pressure coming at it from both directions.

With Pluto in the mix, nonrational, unconscious and cellular impulses are in play. There will be elements of irresistible urges and compulsions, of triangulations and ultimatums and finally doing something to streamline situations, of stakes that are huge and scary but refuse to let us turn our backs on them. Instead we’re rushing in as if our survival and future depended on it (which they might) and behaving as real-world super heroes.

Some movement may be forced, swift and startling; some will not flow smoothly. Mars, the ruler of the Aries Moon, is in an adjustment aspect to the other cosmic change agent, unpredictable, volatile, awakening Uranus. Wounds could be exposed (or underlie some of the action), with Mars opposing Chiron in Aries.

The releases, the outbursts, the risks, the demands, the power plays, the gutsiness, the hammer drops, the cutting out are refocusing, redefining and simplifying relationships and their rule books. The shapeshifting is of the magnitude of evolution. That’s not merely because the agent of evolution is in the middle of the Full Moon, but also because of the growth aspect between the Moon and Jupiter in Sagittarius. Philosophies and world views are evolving. The balance of power is evolving.

The inherent androgyny of a Full Moon in Aries holds this potential. The masculine/rational end of this equation is in the feminine, Venus-ruled sign that takes other people into account, while the feminine/emotional end is in the masculine, Mars-ruled sign of me-first, boldness and aggression. This year’s outer planet company imprints that androgyny into the foundations that are slowly reshaping and locking into place.

This Full Moon is a way station and warm-up for the Saturn/Pluto conjunction coming in January. Take note of what erupts in and around you. Take note of what you are compelled to modify, and at how relationships die and evolve. You are laying the groundwork for next year and many years beyond.

And in case you haven’t made the connection – the national and international political news ought to be rocking.

Image by StudioX10 from Pixabay