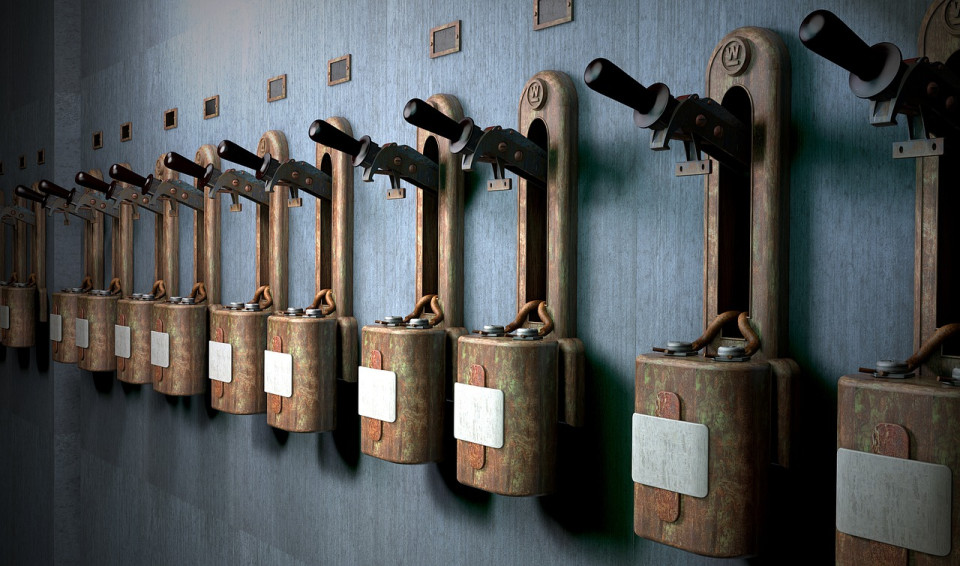 September has a purposeful, manifesting and advancing vibe. It’s got a definite beat, too, with complex layers that change the pattern mid-month. A parade of influences is running a gauntlet and pulling a succession of levers, then changing clothes and pulling levers down the gauntlet again – only in the second round, the levers set different machinery in motion.

We’re analyzing, processing, harnessing and moving forward on every big issue of the year, and relationships are following right behind. Every inner planet is making a major link to every outer planet and to the configurations that have defined the year, not once, but twice.

We’re organizing, working on and to an extent putting to bed the arduous clearing out and restructuring that’s dominated the year. That process has emptied space for new situations to arise and existing, refocused ones to improve – and we’re manifesting that now.

The first half of the month is practical, analytical and focused on work, details and improvement, with the Sun, Mercury, Venus and Mars in Virgo. Mid-month the atmosphere shifts to taking other people into account, employing graceful phrasing and trying to win agreement (or manipulate them into it), as the Virgo parade gradually moves into Libra.

The back-to-work drive isn’t dissipating, though. While his companions head off to socialize, action hero Mars remains in Virgo, dutifully plugging away on whatever we’ve started, for the rest of the month and into October.

Lightning bolts mark the entrance to the gauntlet. They launch the month, disrupting and freeing minds, ideas and communications and triggering sudden notions and excited activity.

Then begins a dance down the gauntlet, of jolts, then limits and stabilizing, then expanding, then unhinging from worldly limits and ultimately transforming, with lots of circling back through earlier steps.

The dance comprises two large, recurring components. The first is a wide and rolling grand earth trine, from each body in productive Virgo to awakening Uranus in Taurus, and then to structure-loving Saturn, to the doorway to the past (South Node in Capricorn) and, ultimately, to the phoenix power of Pluto. Altered perspectives are finding grounding, harmonizing with the past and then hitting profound power and candor, paring down and shapeshifting.

Interwoven through this is the second component of the dance, which pumps up and locks into the ongoing square between expansive Jupiter in Sagittarius and escapist Neptune in Pisces. This aspect has been escalating the cosmic fog machine since January, and it’s up for one more huge billowing as the third and final square becomes exact September 21. From the 6th to the 14th, Mercury, then Venus, then the Sun and then Mars lock into the configuration and turn it into a t-square. The squares to Jupiter come first, increasing communicating, socializing, iindulging and taking action. As each opposition to Neptune becomes exact, the pressure on Jupiter (who’s in the middle) hits critical mass, and his propensity for boundlessness and grandiosity becomes even more boundless and grandiose.  (Intellectual superiority alert! Also: extreme political insanity alert.)

The month begins with relationships and money are already in the process, since Venus had her electrifying moment with Uranus at the end of August. They flow into structure, commitment and reality, as she trines Saturn on September 1, then billow into a greater, more indulgent vision as she squares boundless Jupiter the next day. Issues of reality (that word again!) versus the ideal escalate when she opposes  Neptune September 4. Since she’s simultaneously trining the South Node, the doorway to what we’re leaving behind, it’ll be natural and organic to funnel those observations into forgiving and transmuting the past. Releasing it comes next, as the goddess of love and money trines Pluto, the greater lord of desire and treasure, September 6.

Meanwhile, ideas and their transmissions make their first pass down the gauntlet, from September 1 – 8.  Thoughts, words and actions align in unified purpose from the moment the lightning lifts, with the Sun, Mercury and Mars meeting September 2-4. Communication and transportation vehicles and systems are likely to be part of the picture. The noise and confusion level goes to 11 as he locks into the fog machine’s t-square September 6 and 7, and we may wonder if Mercury’s in a rogue retrograde. (Alternatively, we may get astonishing objectivity and clarity, of the “hiding in plain sight” variety.) Watch for intensely honest, even life changing information and exchanges by Mercury’s trine to Pluto on the 8th.

Hearts and minds, intellect and desire meet as one when Mercury and Venus catch up September 12 and 13 – a great window for a productive heart-to-heart talk.

Follow-through is on a time-delay, and possibly the masculine is as well. Mars, planet of push and ruler of our drive, comes into the month resonating with his Uranian awakening, which happened in August, but he’s moving more slowly than Mercury and Venus. He’s operating as the clean-up crew, bringing stabilizing to/from and commitment to efforts with a trine to Saturn September 8. He goes into high gear on the 12th, as Mercury and Venus are meeting and he head-butts Jupiter into even more, more, more. We may feel momentarily unmoored or directionless as he opposes Neptune on the 14th.

After the other bodies have left Virgo, he applies elbow grease and practical logic to the complete and utter restructuring of our foundations, when he trines Pluto September 19. That trine also invites irrational motivations, pursuing obsessions and, alas, violence, which could be calculated instead of impulsive. May the Virgo preference for order prevail.

Mid-month brings a multilayered pivot point. Actions escalate, progress skyrockets, hearts and minds align and enormous personal clarity arrives alongside the most magical, least worldly, most unmoored Full Moon of the year, in Pisces, on September 13. Its ruler Neptune is at max, pushed by the succession of squares and the building, final square from Jupiter. Life is a protracted Hallmark Channel movie, with leads finding connections in the unlikely presence of rubber gloves, protective foot gear and buckets of soapy water.

And then the atmosphere turns social. Mercury and Venus enter her airy home of Libra on the 14th and head back down the outer planet gauntlet, this time with poetry, music and a special companion in tow. Whatever we’ve been working on now extends into our connections. Adjustments and changes ensue.

In the second round down the gauntlet, the ease of trines gives way to the demands for action of squares and the seesaw of inconjuncts. The oppositions to Neptune tilt into inconjuncts as well, while the squares to Jupiter relax into the opportunity aspect of a sextile.

Jolts, surprises and awakenings bookend Saturn’s direct station on the 18th, which brings slow-dawning but inevitable ramifications and consequences. Time to answer for ourselves. Time to commit. Forces outside our control are in motion, with Mars trining Pluto; the fog machine is sending one last gasp, with the final Jupiter/Neptune square on the 21st.

We make our way through that gasp stripping priorities down once again and demanding to know the limits, the rules, the structures. (“Where is this going?” conversations alert!)

The question will be ongoing. It hangs in the air at the equinox, when the Sun enters Libra September 23.  The first days of fall (spring in the south) brim with paradoxical conversations, which tweak illusions without disillusioning, somehow increasing optimism and cheer. Relationship and financial issues hit walls, constraints and demands for serious treatment. Commitment, possibly, and honesty, definitely. (Cue Beyonce’s “All The Single Ladies.”)

By the 27th, relationship and financial issues experience the same paradox as conversations did days before:  a tweaking of illusion without disillusioning, and somehow increasing optimism and cheer. We’re still in personal Hallmark Channel movies, only now the leads have dropped the work gear (mostly) for bouquets, chocolates and buoyant hearts.  The Libra New Moon on the 28th sees boundless, generous Jupiter offering an assist to the love goddess and all our one-on-one interactions.

One more (possibly big) personal adjustment is in order as Saturn makes it final pass over the South Node and shuts the door a major chapter on September 29.  (Stretching back your entire life, odds are. And back into your ancestral line, probably.)

The month ends with awareness of how high the stakes are and what we value most. Venus hits the end of the gauntlet and squares Pluto, lord of life and death, and her higher counterpart in desire and money.  Compulsions and obsessions are raging. Survival threats are on the prowl, and they feel powerful even if they’re coming from the subconscious and not some outside influence. (Although, if triangulation’s a factor, it will flare. It will come out, perhaps with an ultimatum.)

We come to this point with all of the month’s experiences and work (work!) at our disposal. A scalpel is cutting. We can cooperate with it; we can direct it; we can wield it. You know what you’ve been working on, improving, expanding and tweaking. Let that rule your heart and hand.

Image by PIRO4D from Pixabay