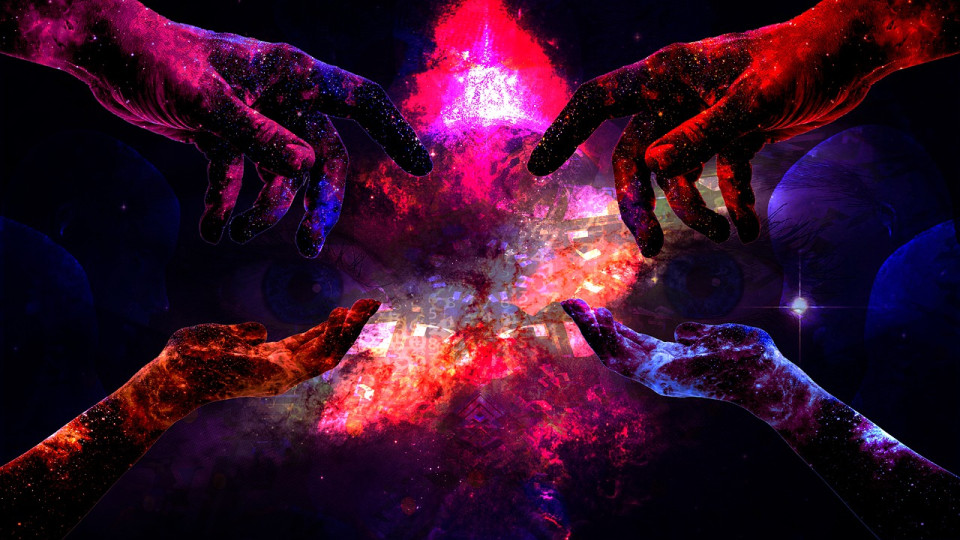 Jolts, adjustments and expansion: those are the recurring themes of August.

They’re adding new colors and flavors into the summer’s big, pervasive work, which isn’t going away yet. At all. Foundations remain in flux. We’re still grappling with shifts in family structures, with the prison of ancestral issues and programming, with disruptions in situations that previously provided shelter and security.

The difference is: August has us experiencing and handling them differently. Stuck places are moving, internally and externally. Matters we care about – close connections and cash flowing to us, mostly – are shaking up, blossoming, reshaping and improving. . Options and unexpected possibilities are popping up. We’re taking alternate tactics. And actually enjoying life, for a good part of the month.

It starts in the aftermath of the high octane Leo New Moon igniting our cores, and with Mercury just beginning to move forward after his three-week retrograde. The New Moon’s engine continues to fire all month, while Mercury’s journey weaves insight, understanding and clarified thinking throughout August.

Emotional truths dawn on the 1st. Matters we value – relationships, finances – take the first jolt, when love goddess Venus triggers plot twists, awakenings and breakthroughs from quick-change artist Uranus on the 2nd. They set off a line of dominoes that teeter until the 20th, when we assimilate the jolts, and the 26th, when another Uranian lightning storm delivers more epiphanies and unexpected possibilities.

When the first strike hits on August 2, though, we may not realize that more’s coming. Regaining footing comes quickly.. Around the 4th, we adjust approaches, perhaps attempting an end run pass around something primal and frightening, perhaps around those ancestral issues that have been constraining us. Hearts and minds align on the 5th. We may know our hearts and desires better. We may speak them.

The impulse for having more becomes unstoppable, even as it flies into limits. Jupiter is egging the Sun and Venus on at the same time they’re encountering Saturn and his immovable structures. We’re pushing the envelope August 7-9, and the envelope is pushing back. Adjustments must be made.

A noticeable gear shift occurs August 11. Mercury leaves Cancer for Leo, which he’ll zip through in barely three weeks. The mode of communication changes from emotionality and personalizing to way to playfulness, high energy and grandiosity.

Also, Jupiter stations direct and passes the retrograde baton to Uranus, who will be retrograde for the remainder of the year. Watch for movement to accelerate on matters that have been meandering or backtracking since April 10, when Jupiter’s retrograde began.

More adjustments occur amid this to-and-fro, with relationships and finances feeling the pinch. The two rulers of love and creativity, Venus and Neptune, are on the seesaw of an inconjunct. The ideal (or illusion) and the earthly aren’t lining up. Compassion and forgiveness may be in order, or maybe just allowing the person in front of you to be human and not a projection screen or double for a movie lead.

Not one to deny herself, Venus is also on a seesaw with Pluto. They’re the two rulers of desire and money, and they are not creating a straight line to either. A craving may be just out of reach. We may have to give up something to have what we want. (take note, those of you in energetic three-ways!)

Wherever the seesaws land, the priorities of our hearts are clear and comfortable. And despite the passionate and primal impulses of Venus/Pluto, detachment and objectivity are on hand, courtesy of the Aquarius Full Moon on August 15. With Venus closely conjunct the Sun, we may find a way to meld friendship and love.

The immediate aftermath brings startling information, blasts open perspectives and unlocks internal prisons. If you’re seeking an exit point, this could be abrupt and efficient.

Efficiency is on the rise, with Mars entering Virgo on August 18 and the Sun following August 23. Methods and goals become orderly and practical, and we’re willing to deal with the details necessary to improve ourselves and our situations.

What we want, particularly in relationships and bank accounts, is catching up with the parameters that opened with that Uranian jolt August 2. Thoughts and conversations are exploring all manner of possibilities, yet in a rerun of August 7-9, bumping up against constraints that require tweaking in our visions.

By August 24, we’re in back to work mode, on a fix-it mission. Desire and will, male and female are on the same tidy page of the instruction manual and willing to work the steps, in order. Venus is in a super-conjunction with Mars (by degree and by declination), and the Sun is with him and then with her by declination as well. We want what’s good for us and we’re going for it, one step, one scrub brush, one detail at a time.

The manual’s instructions aren’t binding, though. The month’s last days lead through another Uranus lightning field, and anything can happen. Breakthroughs and surprises flow when Venus trines Uranus on August 26. Light bulbs go off and unconventional ideas arrive as Mercury meets Uranus by declination August 29. They find quick and easy implementation that same day, with Mars’ trine to Uranus knocking down impediments and unleashing all manner of plot twists.

Thoughts, conversations and our info flow fall right in line. They throw off Leonine grandeur and become down to earth, practical and methodical after messenger god Mercury arrives in his second home of Virgo on August 29 for a brief two week stay.

The improvement vibe gains traction at the Virgo New Moon on the month’s last day. Mars is her companion, applying motivation and follow-through to her clean-up dictate. They’re both linking easily to Uranus, adding innovation and surprises to the endeavors and growth that follow. Whatever has opened us for us, we’re willing and able to work for it, and on it.

Image by Dayron Calero from Pixabay