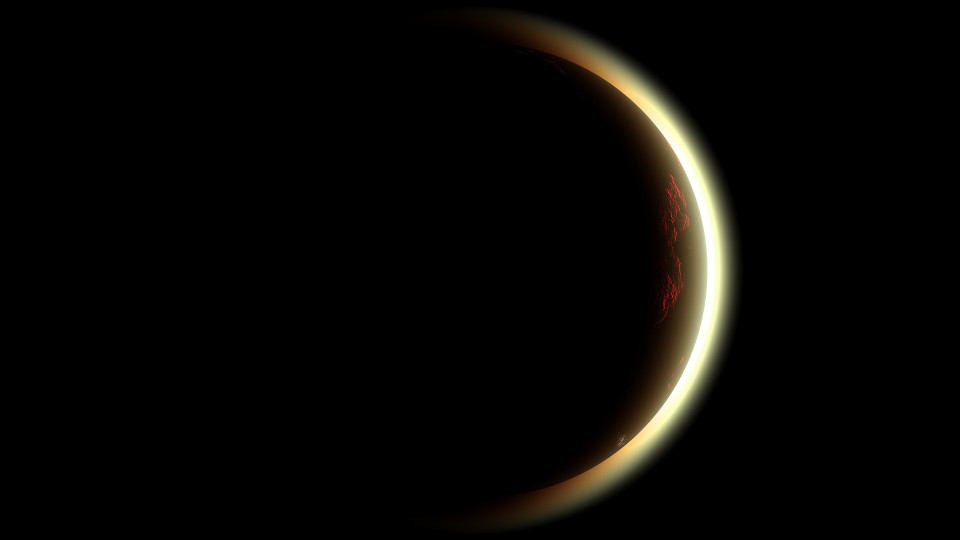 The Capricorn Full Moon lunar eclipse promises to be one protracted, noisy event – with loud goodbyes, slamming doors, books snapping shut, jackhammers drilling into pavement, tectonic plates groaning and shifting, and the piercing clatter of cosmic alarm clocks going off all over the planet. With no snooze buttons. And off switches that’ll take some looking to find.

No wonder it’s hard to make out what people are saying – or know whether your point is getting across.

Full Moons always bring matters to a head. A lunar eclipse does that exponentially, and generally permanently. It’s a mega-moon that brings not just culmination, not just emotional release, but also revelations. {“So that was in the shadows?!?”) And major departures. Endings. Chapter and era closings.

This one’s heavy, weighty, ponderous, and looming large even if specifics present as small. Matters that define our place in the world and our sense of safety are at stake. Home, family, security and worldly ambition and accomplishment drive and dominate the hubbub.

This Full Moon lights up the parental Cancer/Capricorn axis. It’s the third in an eclipse family that began in July 2018 and lasts into 2020, revisiting and resetting themes that last absorbed us from late summer 2000 to late summer 2002.

The current lunation may pack the biggest wallop of the cycle. That’s because the Full Moon is with heavy hitters that have been inescapably, inextricably reworking the foundations of lives: Saturn, lord of the established order and planet of adulting, and Pluto, the guy with the scythe and agent of unavoidable change. They’ve been traveling together all year and wearing down the doorway to the past since April.

Their proximity to the Moon is intensifying and accelerating the eclipse drama. They’re bringing permanent change in living and job situations, in family structures, and in life goals. The changes carry elements of inevitability, of one generation passing the mantle to another, of long simmering developments hitting long awaited (or avoided) form, of the world forever changing. Saturn in the mix adds reckoning or accounting or the recognition of the cosmic alarm clock that’s blaring. Withstanding is no longer much of an option for situations that have been pounded and pounded and pounded. Walls may not tumble at once, but they are collapsing all the same, even if in slo-mo.

Relationships, desires, finances and values figure noticeably in the action, and they’re heading into updated and more nurturing form. Opposite the Moon, next to the Sun, are Venus, ruler of all we value, and the Moon’s North Node, which shows the way to the future. Family, responsibilities, women and children, home and security all figure into the developments unfolding from this eclipse. The North Node signals that nurturing is an imperative, especially nurturing of the self.

Each side of the Full Moon equation is with a planet of money and desire. The Sun is with Venus, representing mere mortal levels, and the Moon with Pluto, source of cellular, nonconscious, nonrational cravings and impulses. Conscious desires are staring down primal forces, adding suspense and tension to the mix.

Another influence is encouraging releasing that tension. Smack between the Sun and the Moon, receiving equal pressure from each, is Eris, goddess of discord, in a t-square that (1) further escalates the noise and (2) makes for pot-stirring and explosive, uncontrollable moves.

With so much noise, is anybody listening, or are we all just shouting at each other? The first possibility is questionable. Retrograde Mercury, ruler of what goes in and out of our minds and mouths, is in a wide, out of sign opposition to the Moon, at the beginning of charismatic, attention-getting Leo, which he’ll leave at the day after the eclipse. People – our mental side, our masculine side, men – may be overly caught up in themselves, pushing words out rather than taking messages in.

Help is available. It’s on offer from Neptune, which is making an exact sextile (or opportunity aspect) to Saturn and the South Node that pulls in both the Moon and Pluto. Higher guidance or love, forgiveness, compassion, imagination are all on tap, ready to pour into and soften the foundation work, reshapings and clearings.

So this eclipse is loud, life-altering, long time coming, and long time playing out. What’s changing form is monumental and may reshape with a geological pace. Grasping the extent and enormity may well take months, given that an eclipse is at work (not to mention slow and steady Saturn and Pluto). More will be revealed as Mercury ends his retrograde on July 31, at the degree that the Sun is occupying in this eclipse.

The Capricorn lunar eclipse directly affects the United States. It’s escalating the cracks and reshaping that have been going on in our economy, government, and infrastructure.

The Moon is in a sandwich between the current positions of Saturn, the South Node and Pluto, on one side, and Pluto in the US chart on the other (with which the Moon is conjunct). The very structure of the system is up for reconsideration. The planets in the eclipse line-up reflect many issues that have already been at play: women’s rights, the plight of refugees, sex trafficking, trafficking children, the role of religion, questions of separation of powers in the federal government, the existence of a constitutional crisis or four.

Whatever plays out nationally in the next six months or so is a pointer toward next January’s Saturn/Pluto conjunction. It’s also a stepping stone toward the country’s Pluto return, which will be exact in 2022-23.

We may not get a clear picture right now. With Mercury retrograde as well as Neptune in an easy aspect to the Capricorn pileup, words and appearances may be deceiving, perhaps deliberately so. Whether the deception is on the part of the sender or the receiver… who can say?

Developments are likely that hit and constrain Donald Trump. The eclipse is right on his tight Venus/Saturn conjunction in Cancer – money, women, children (his or who know whose), values, legalities, regulation…With the eclipsed Moon, Saturn, Pluto and the South Node opposing his Venus/Saturn, there could be huge revelations, ramifications, endings, reckoning. Regardless of the form, something involving his family and finances is changing.

Learn more in my talks about the Cancer/Capricorn eclipses, the astrology of summer 2019 and what’s going on now with the US, and in my guide to the retrogrades of summer 2019.

Image by Pete Linforth from Pixabay