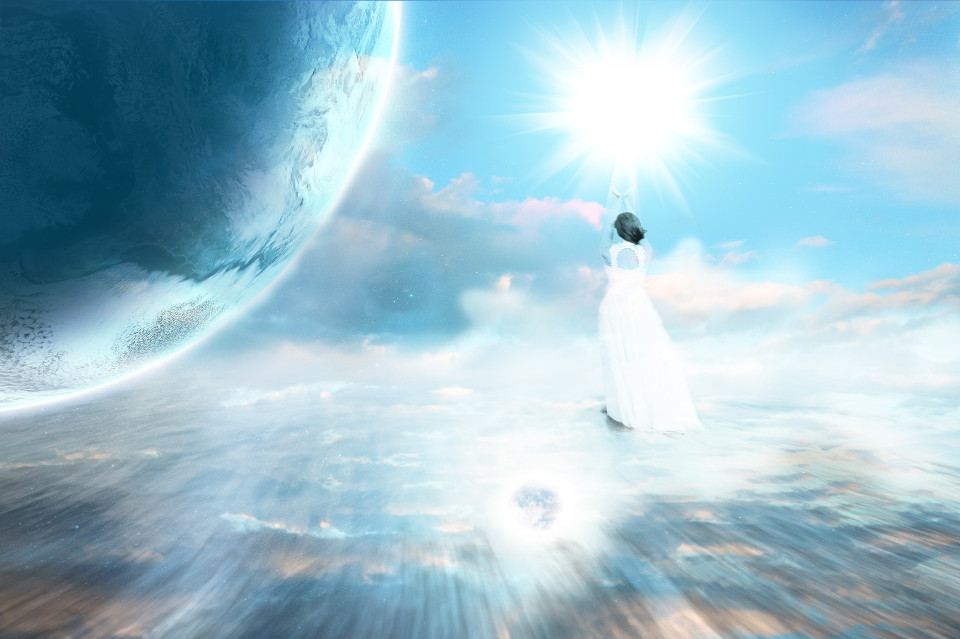 Life confusing enough for you? But wait; there’s more! Everything that’s been mushrooming hits critical mass at the Sagittarius Full Moon.

Conversations are growing louder. Arguments are morphing into shouting matches (even the ones in your head). Positions and beliefs are swelling into the cartoonish and empirical evidence that disproves them only makes them more and more entrenched.

Most of all, your feelings are hitting max as well. And you may not be entirely sure what they are. As with everything else.

This Full Moon takes place on the Gemini/Sagittarius axis and is lighting communication – how we take in, process and send out information, and the systems we devise based on that.

In theory, these matters are more intellectual than emotional. Not now. (Had a conversation about politics lately? I rest my case.)

Several factors are turning up the volume and distorting the mix.

The Moon is in the company of Sagittarius’ ruler, Jupiter, the indulgent king of the gods, who encourages optimism and going for broke. He’s pumping up emotional responses, as well as the conviction that we are entitled to them, no matter what.

He’s doing more, though. He’s been in a shoving match all year with Neptune, master of illusion and the cosmic fog machine. Their protracted argument has generated confusion, lies and gaslighting and inspired sense of unreality and grandiose visions of other possibilities. Their clash becomes exact at this Full Moon. A couple of pieces of fall out from that may help make sense of the weirder than weird atmosphere.

First, whatever’s escalating now probably has a callback to January, when Jupiter and Neptune had their first exact clash. Since Jupiter is now retrograde, we get a second look. What appears different? What feels different? If you’re not sure (the state of being these days), ask. Watch for more when this pair makes their final contact on September 21 – in these signs, for this lifetime.

Second, this particular clash is screaming for reality checks, logic and sober living. Jupiter’s proximity to the Moon pulls the Full Moon into the ring with Neptune and creates the dynamic configuration of a t-square – with Neptune in Pisces bearing the brunt of equal pressure from the Gemini Sun, from one end, and the Sagittarius Moon and Jupiter, from the other.

Symbolically, faith, escapism and illusion are getting an equal beating from our minds and from aggrandized emotions. The squeeze is turning up the fog, and the only place the pressure has to vent is in the sign opposite Neptune, which is Virgo.

Woozy? Confused? Not sure how you feel? Want practical magic? Make like a Virgo. Detach. Draw a protective ring around yourself and safeguard who and what gets through. Tend to your body’s needs. Tidy your environment. Insight, understanding and answers have a way of descending when you do this.

Back to the fall out from this clash coinciding with the Full Moon: Third, emotions aren’t the only influence at max. Our minds are also in overdrive, and they’re more than a bit drippy at that.

The Gemini Sun’s ruler Mercury, the god of gab, gadgets and getting around, is conjunct warrior god Mars. That teamwork makes for forceful conversations, for fighting words and for backing ideas with actions.

Yet, as with everything else these days, there’s a twist. Those two masculine influences are in the homey, hyper-emotional waters of Cancer. This makes for exchanges that are tender, sentimental, nostalgic, touchy, cranky, crabby, loony and pissy. This makes for people taking things personally that have nothing to do with them – all the more likely thanks to the fog.

All of this has a fated air. Mercury and Mars are together at the gateway to the future, the North Node of the Moon, and opposite the formidable reality-shaping titans, Saturn (lord of rules, consequences and the status quo, planet of adulting) and Pluto (lord of death and rebirth and overseer of all things hidden).

Emotions are permeating and softening minds and messages, and pitting them against the established order and forces of unfathomable power. Some of outpourings tenderize us and prepare us for new ways of being. With these masculine planets in watery attire, issues of women, families and nurturing are in the mix. And maybe, just maybe, the masculine archetype is opening to their value. Fighting for them, even.

The fall out (remember that?) has a fourth factor, too: the rulers of the Moon and Sun, Jupiter and Mercury, are in an adjustment aspect. Keep this in mind as the volume hits 11. Instead of trying to win an argument, or to shout your way through confusion, return your point of focus to yourself: How does this make me feel? Am I out of control? Do I need to listen to something? Is there another way to look at this? Might it, in fact, benefit me?

If you have a Tarot deck, take out the image of the World, the last card in the Major Arcana. In traditional decks it shows a woman holding a baton in each hand and dancing within a wreath. Look at the wreath as representing the contours that limit your perception of reality. Imagine hitting those batons against the wreath and pushing it outward and outward, so you’re increasing the space in which you’re dancing. Bash away. Smash away.

Fun with asteroids
This Full Moon has direct assists from smaller bodies that don’t normally get attention in general astrological writing. It should be easy to spot their little hands amid the fog.

In the corner with conscious thought and the masculine, Chaos is conjunct the Sun. (Make of that what you will. It’s pretty self-evident.)

Meanwhile, on the emotional side of the equation, the Moon is in cahoots with Eris, goddess of discord, and Apollo, the epitome of perfection, the showboat who loves and draws the spotlight, and the representative of taking something for granted to your detriment. This trio is in a tight grand trine in fire, a free-flowing energy that has nothing harnessing it but the Sun, the mind. This hearkens back to the Virgo advice: When situations spiral out of control (and especially your reactions to them), take a time out. Stop and think it over.

For another look at the fog, watch my What The H Is Going On? Tarot reading at my YouTube channel. And order your own customized version.

Image by Jan Alexander from Pixabay