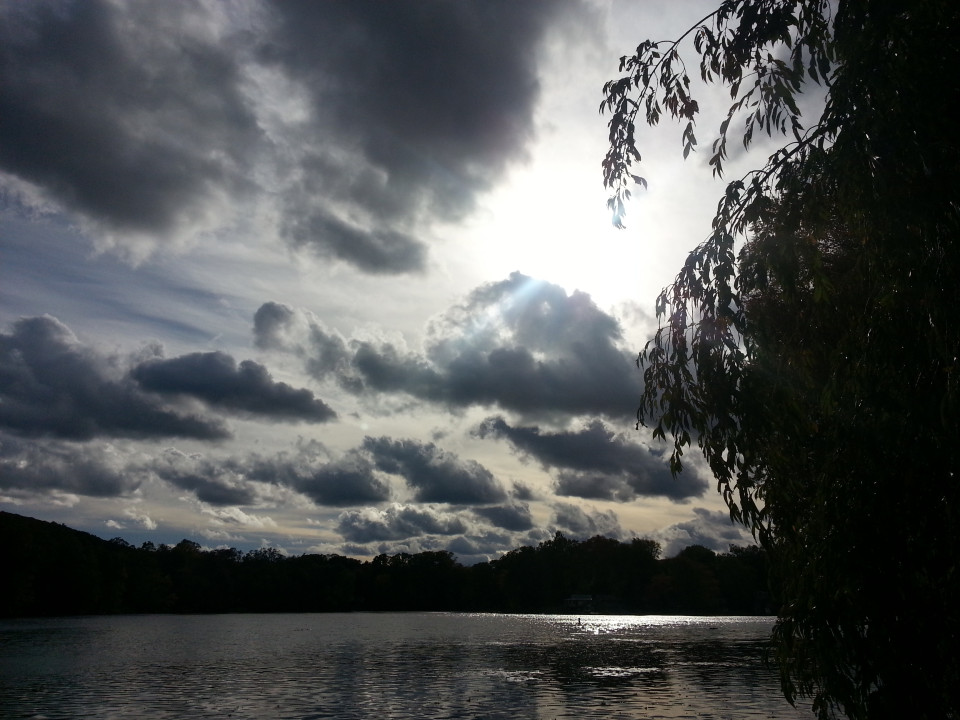 “Onward through the fog” sums up June. Only what’s happening may not feel like onward. But it’s definitely fog-bound.

It’s an escalation of the escapist / delusional / magical vibe that has colored the year, the vagueness and confusion, gaslighting and glitter, and glimpses of potential (but is it real?) that have confounded and dazzled since January. Their fog will billow and envelope us, then occasionally clear and reveal what’s been right in front of us, just covered by mist (or lies, or gaslighting, or some carbon-based substance). When the fog returns, as it will, we’ll experience it with the knowledge of what we just saw – yet even so may doubt ourselves and what we just saw as real and true.

They’re the effects of an ongoing, challenging square between Jupiter, planet of optimism, expansion and abundance, and Neptune, font of higher love and divine wisdom, dream-weaver, illusionist and keeper of the cosmic fog machine.

The square is loosely with us into the fall (it’ll tighten up again late September) and then evaporates for this lifetime. Your best use of it: Throw caution to the wind and harness it to envision the wildest, boldest, most outrageous and happy-making possibilities for your life. Who knows? Some of them just might materialize.

Everything is under the spell of Jupiter and Neptune as they come to a head mid-month. Accentuating their impact and inescapability, other bodies are getting into the ring with them and dragging our selves and our relationships into the dust-up.

The whipping up starts subtly as the month begins, hours after the Gemini New Moon on June 3. The Moon separates from the Sun to oppose Jupiter and square Neptune, in the dynamic configuration of a t-square. The pressure’s on Neptune, upping illusion and delusion, deceit and misdirection, dreams and divine guidance, and taking refuge in drink, drugs and the alternate reality of movies and TV.

The pressure on Neptune dumps out into the sign of Virgo, which momentarily clears the fog as stated above, and whose traits provide our way out: Critical thinking. Reality checks. Looking for ways to improve. Making lists and checking items off. Minding diet and physical needs. These tasks might have struck you as boring before, but they are lifesavers now. Embrace them. They are going to get you through this month.

The following days cloud / erase / elevate our sense of self and purpose, as the Gemini Sun opposes Jupiter and creates a second, more noticeable t-square to Neptune, exact on June 9-10. Action hero Mars is egging him on, too, and the regulator’s off.

You may question your perceptions and what you believe in (or grow insistent and self-righteous about them). You may wonder who that person in the mirror is. You may feel lonely or sorry for yourself, or succumb to the illusion of isolation and separation. You may take actions that are uncharacteristic, unmoored from logic, and/or based on hunches, whims or intuition. You may see the world as a Mad Tea Party and wonder whether you’re one of the hosts – or Alice.

Once again, make like a Virgo. Analyze. Safeguard boundaries. Mind your diet, habits and exercise. And watch for clearings in the fog.

If you find beliefs and attitudes that no longer fit or suit you, you’ll find support in ditching them at the Sagittarius Full Moon on the 17th.

Later in the month, our relationships, creativity and financial dealings join the fray, as Venus and Jupiter oppose each other and create another t-square to Neptune, exact June 23-24. This time, Neptune’s different. He’s been effectively motionless during the previous t-squares, but now he’s stationed retrograde (as of the solstice, June 21). It’s as if he’s pulling back, and the waters of inter-connectedness are churning as a result.

Our hearts are going to be affected, and particularly any disparity between dreams and reality. In a big way. Venus is a counterpart of each of her combatants. She shares a propensity for indulgence with Jupiter, while she and Neptune are the mundane and higher guardians of love. Everyone’s in their own Hallmark Channel movie. Or maybe IFC.

Watch desires mushroom and push, push, push for romantic longings coming true. As with the earlier t-squares, all things Virgo provide the way out.

And not quietly, either. Venus is in multi-tasking, chatty Gemini from the 8th on. We’re bounding all over creation, texting, phoning (ok, maybe only some of us), meeting up face to face (the more, the merrier), making jokes, sharing trivia and slipping truths into the chatter. Even emotions. They’re in our minds and words and on the table (and everywhere), with messenger god Mercury in Cancer through June 26. They trade tenderness for warmth, grandiosity, drama and flair when he enters Leo that day, at least until next month’s retrograde returns him to the amniotic fluid of Cancer.

Underneath all the fog and moments of clearing, the chatter and the Virgo maneuvers, listen for the constant, low-level ticking of a cosmic alarm clock. It’s coming off order-loving Saturn heading for the South Node in Capricorn, the doorway to behaviors, structures and ways of living that we’re leaving behind. He first crossed this point at the end of April, and we may go back over matters that stirred then, as he moves into a second conjunction with the South Node, exact at the end of the month.

His cosmic clock is reminding us of time passing, and of the need to act responsibly, and of the consequences if we don’t. The relentless ticking spurs us to shore up foundations, deal with longstanding issues and clean up the past. The beat isn’t quite “It’s Now Or Never” – that comes next year – but why not heed that song, all the same?

You’ll find a deeper discussion of the influences, plus navigational tips and info for each sign, in my Retrogrades of Summer 2019 guide.

Befitting outlandish Jupiter and illusionist Neptune, here are some lines from songs and movies to ponder (or use) this month:

Who are you gonna believe, me or your own eyes?
How do you hold a moonbeam in your hand?
To dream the impossible dream…
Pay no attention to the man behind the curtain.
If you don’t have a dream, how you gonna have a dream come true?
When the going gets weird, the weird turn pro.