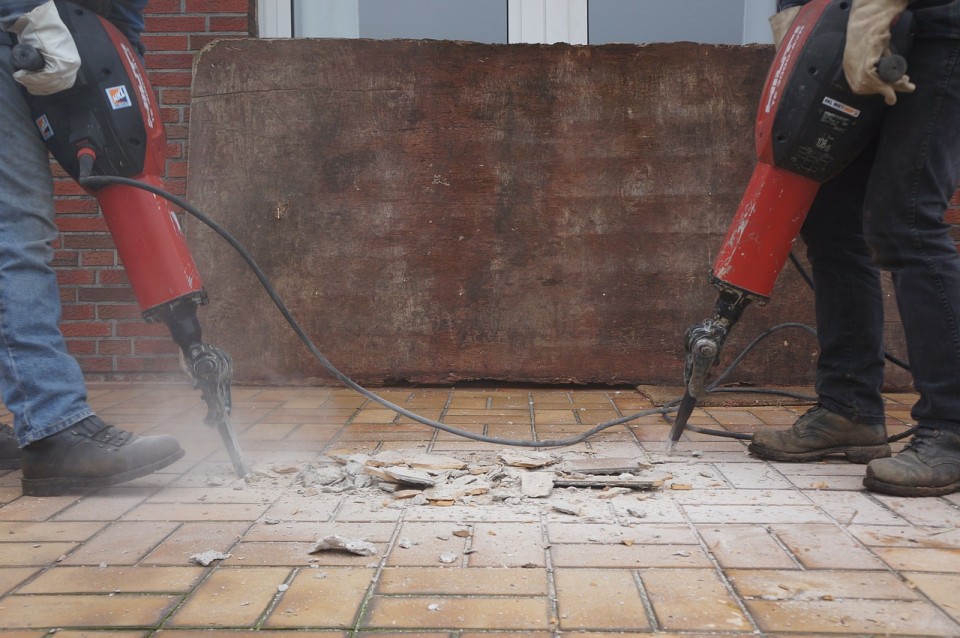 April promises to be the pivotal month of the year – and one of the most in our lifetimes.

It treats us to another blast of fog and then BLAMMO! We get clarity, unmasking, focus, action and deeper than deep purging, change, restructuring and, brace for it, destruction.

We can’t stop any of this, but only make it worse (not your choice, right?) or position ourselves and work with it. The ground beneath our feet is reshaping. It has been for years, slowly and inexorably, and the process is now at a point that can and will not be ignored.

Systems, patterns, rules and dynamics are giving way, in families, in relationships, in goals, in institutions, in all manner of situations and arrangements into which we have put our faith and trust. A magnifying glass is revealing cracks, rot and decay, misunderstandiungs and confusion, and much much worse — lies, deception and cover-ups; betrayals, corruption and crime.

It’s becoming clearer what is truth and what is an illusion; what has integrity, durability and lasting value and what is a house of cards. As much as you can, approach it all with awe and wonder. Instinct, intuition and guidance of magical proportions are on tap, navigating us through the chaos. They can show not only where to tread safely, but also where to place faith and trust (in yourself, and in your connection to something greater than yourself)

Out of Chaos & Confusion Comes Clarity

The fog burst is revealing a lot of what was really going on during Mercury’s recent retrograde, which took him from the pain-drenched end of the zodiac (where Chiron hung out in January and February) to the middle of Pisces, where February’s New Moon took place. The burst comes from the last of three conjunctions between the cosmic messenger and Neptune, lord of transcendence and illusion. The first occurred February 18, the second March 24.

We will quickly see that many recent events and statements were not as presented, as spin dissipates into truth. Perceptions are likely to change of events (and particularly communications) you experienced from February 18 through March 28.

Pay particular attention to evolving information about the Mueller report, which Attorney General Bill Barr received as the second conjunction was building and issued a letter about on March 24, when the second Mercury/Neptune conjunction perfected. The letter spawned sensationalistic, conclusory announcements and reporting about a report that hardly anyone was in the position to have actually read. Don’t be surprised if the initial impression changes drastically with and after the final conjunction, on April 2. We will begin seeing what the report actually says and means.

Higher, more loving, more forgiving attitudes are also possible with Mercury conjunct Neptune. So are heightened inspiration, creativity and dreaming. Those potentials get another boost when Venus meets Neptune in a super-conjunction on April 10. The two guardians of love, earthly and higher, color our vision with gauze and glitter and enable us to see poetry and divinity in the beings around us.

Cleaning Out the Basement – Again

Much that happens this month is clearing the way for evolutionary developments that play out into next year. This month is one long coming attractions trailer for the big event that launches 2020, the Saturn/Pluto conjunction in Capricorn.

They’re gearing up by meeting the South Node in Capricorn this month. Pluto’s going first, working over the spot that represents the past and what we are leaving behind, only a smidgen off the degree of his January 2020 meeting with Saturn. With the lord of death and rebirth plowing through solid, earthly turf, the earth is moving, literally and figuratively. Plates are shifting (earthquake alert!) Teetering situations are imploding, collapsing from within or crumbling from little more than a puff of wind.

Some have already been tested or cracked; some have already more than hinted at their decay and decline. Pluto’s effect could have the delicacy of cleaning out a failed root canal.

“Some are part of the cycles of nature. Authority and responsibility are passing from one generation to the next, with the next one making pronouncements of change much as the crown prince does as his father is dying in “The King and I.” Elders are on the way out, which probably involves a flurry of departures of cultural icons.

Potentially unpleasant or painful, yes, but also extremely valuable in the long run. And more unavoidable than the weather, because you won’t be able to escape it by taking cover. It will follow you, wherever.

Face and embrace this and, oh, the simplifying power you will enjoy. Pluto’s conjunction with the South Node will encourage (read: force) prioritizing, streamlining and focus. Use the energy to clean and clear and purge and go within. No matter how much work you’ve done, more awaits. (Likely you were feeling this well before April’s start.) Closets, basements, psyches — all are up for deeper cleaning than you’ve done yet. (Really.)

Warning: Pluto’s plow could dredge up fears, terrors, phobias, obsessions, compulsive thinking and worse, so have your inner work tools on hand. And use them.

You’ll come through this more aware than ever of what matters most to you, more appreciative of the people, circumstances and resources that you do have, and willing to drop clutter and distractions. (Inspirational movie: “You Can’t Take It With You.”)

Out of Chaos Comes Order

Pluto’s work is most intense the first four days of the month or so, but lingers throughout April Saturn follows, starting on the 21st.. The planet of adulting is cleaning up the rubble and restoring order. He’s containing the changes with structure, obligations, responsibilities and commitment.

Actions have consequences, and watch for them to pop up like mushrooms after a rain. Saturn rewards work and responsible action, true, but he’s also bringing a cosmic 2×4 and karmic retribution. As if to grind his heel and say, “And I really mean it!” he stations retrograde during the conjunction, on April 28. “You can run but you can’t hide” is one outgrowth. Another is plenty of time to assimilate his dictates and restore order. We don’t have to rush. In fact, we can’t.

Shoves in the Back

Lest our spirits flag, the month delivers motivation aplenty. The Aries New Moon on April 5 demands self-reliance, standing up for yourself, taking risks and taking action, instinctively, without indulging in overthinking – or thinking at all. This “just do it” Moon hits like a cosmic cattle prod, because it exactly squares the Capricorn New Moon solar eclipse that launched the year. A powerful new phase dawned then, resetting and upgrading goals and more. This New Moon kicks us further down the path.

The New Moon’s aftermath, mid-month, compels us to push through fears, initiate bold, life-changing action and reshaping our identities. The pace picks up after April 17, when Mercury clears all that Piscean water at last for the life-enhancing fire of Aries. Our minds are quicker and more responsive; communication is more feisty and impassioned; messages are more in-your-face and argumentative.

Some of it has a salt-on-wounds impact. Mercury is crossing over Chiron in Aries and triggering challenges to step into autonomy, self-reliance and self-realization.

We’re all acting and reacting and hopping when Venus joins them May 20. The Sun may be moving into slow, steady, show-me Taurus that day, but it’s under the command of Venus, who is now in huntress / warrior mode.

Venus is in no mood to wait, stint on what she wants, and put up with much of anything. Neither are we. With her crossing Chiron as well, we’re not taking guff from – or waiting around for – anyone. Our interactions are a series of one-act plays in Short Attention Span Theater. Compromise isn’t much on the table. Everyone is self-focused and self-starting and willing to shake pretty much anything up.

With the Sun meeting radical change agent Uranus on April 22, we’re all breaking out of shackles (perhaps self-imposed) and both thinking of and presenting ourselves in wildly freeing ways, ways we may not have ever foreseen. The clean-up/clean-out process has lightened us so much that our concept of self can snap open to previous impossibilities.

We’re uncharacteristically poised to counterpunch lies, delusion and worse, as Mars in Gemini squares Neptune in Pisces at month’s end. Saturn and Pluto are both stationing retrograde, about to take us deeper into the month’s restructuring and reordering. Mercury and Venus in Aries are blazing toward the trigger point of Uranus’ exit from Aries and entrance into Taurus last May. They’ll detonate it, one after the other, next month, then meet up with Uranus themselves. April showers will, metaphorcally, bring May flowers indeed.

lyMundane note: Venus in Aries will set women on fire and see them taking control of conversations, the collective narrative and the news. Keep an eye on politicians, prosecutors and attorneys general – and particular the AG for New York State.