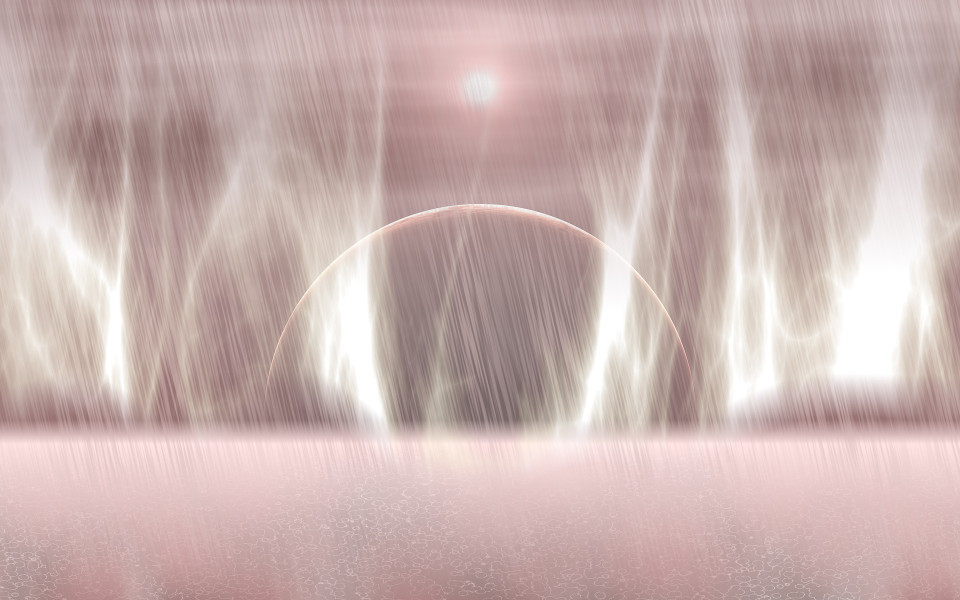 The Pisces New Moon is a woozy-making, escapist exercise. It serves up a double dose of otherworldliness right while our experience changes of the ground beneath our feet.

The day itself could be confusing to the max, and that vibe continues through much of the month. We might not mind, though. Actually, we might not notice. This New Moon introduces no new influences. Instead, it escalates what we’ve been experiencing, and then some.

Pisces is the sign of boundless water, imagination, formlessness and inter-connectedness.  It’s dreamland and funhouse mirrors, religious heights and other kinds of high. We’re more than well acquainted with it these days. We’ve been exploring this territory for the past nine years as Chiron passed through it.

He may have left it on Valentine’s (more about that in a moment), but we’re not getting out for a few weeks. What’s more, we’re experiencing the sign’s propensity for boundlessness and blurring of boundaries more than usual.

Reason one is that the sign’s ruler is at the helm: dreamweaver Neptune, lord of the seas and ruler of illusion, higher love and everything that transcends earthly experience. His close proximity to the New Moon envelopes it in mists, fog, visions and glamour, which blur perceptions and disable logic.

Reason two is that Neptune’s getting assistance in unmooring us. He’s in a mutually expanding clash with boundless Jupiter in Sagittarius, which has an overdrive effect, as if bigger and bigger clouds are billowing and spreading from a fog machine.  The pair encourage grandiose visions and possibilities, mushrooming inspiration and creativity, the sense that huge forces from beyond are at work, and the conviction that certain philosophies and judgments are downright God-given.

Neptune’s presence, and his square to Jupiter, are the first dose of this Moon’s otherworldiness.  Mercury contributes the second. The cosmic messenger stations for a three-week retrograde on the day of the New Moon.

He’s not only in the Moon’s sign, but he is also at the very end of it, the last degree of the zodiac, often called the degree of ultimate sorrow. We got a huge taste of that when Chiron hovered there from late January into February and accentuated physical pain and illness and wounds of our hearts and psyches.

Mercury’s reverse voyage will take us over half of the waters that Chiron passed. The retrograde is likely to allow for clean up work and to deliver greater understanding of what that journey meant  – possibly through Piscean vehicles like songs, movies, videos and TV shows, possibly through dreams, and probably through gradually grokking the experiences.

Words and conscious thought may not play much of a role. Mercury in Pisces is more visual and conceptual. We may think in colors and sounds; we could communicate by telepathy, ESP and empathy.

Because Pisces brings out Mercury’s slippery, trickster qualities, words that manage to be spoken may be misleading, deliberately or not. As for traffic and technology – well, we could be in for an epidemic of space cases. Make allowances.

More tips in my How to Handle Mercury Retrograde guide.

As for the ground changing beneath our feet? It’s in the midst (or is it mists?) of this misdirection and dreaminess that radical change agent Uranus moves into slow and steady Taurus for a seven year stay.  This turf is disorienting in its own right, but with all the fog and dreaminess coming off this New Moon, the oddness of this shift might not stand out.

We had a foretaste of this strange new world when Uranus  ducked into the sign from mid-May to early November last year.  Now we are done, for decades, with the revolution he unleashed for the past nine years, which blew up constraints and foundations alike and ignited greater autonomy, daring and self-actualization. And while our first foray out of Aries’ galvanizing fire last May came with a couple of startling shoves, this gear shift is possibly more gentle. (It may well tie back to May 16, 2018 or so and carry on a story line that broke then.)

With this shift, lightning bolts, electricity and norm-busting perspectives are coming to ground and to concrete form.  The first wave could be out of this world.  The combination of Uranian brilliance and Neptunian magic is a formula for inspired innovation, for aha! moments in the tub or meditation, for guidance that hits out of the blue and opens unconventional approaches.

The pair could also result in sudden and startling realizations of the practical effect of lies and deception … on relationships, say, or finances, or perhaps the banking industry. #WatchThisSpace.

This is not energy to force or grab or actively harness. Access it by being open to it, by being quiet, or by listening to dreams and signs and whatever bubbles up from your being (or drops down into you)

We’ll be moving gingerly at first, going on trust or faith or instruments, what with Neptune and retrograde Mercury covering our brains and senses with gauze. Ask to be guided; ask to be led; ask to be shown (silver linings, especially.) Ask for magic, while you’re at it.

We’re getting the hang of navigating persistent and outrageous lies, manipulation, gaslighting and misdirection. We’re been living for some time with the sensation that someone has shoved a screwdriver into our skulls and wiggles it intermittently to scramble our brains.

This New Moon doesn’t stop the wiggling and mind games. It may increase them. Yet it also fills us with energies that combat them. Hunches and insight will lead us on. Now and again thunderclaps and lighting strikes will disperse fog, confusion and lies and show the terrain in stark relief. As we carry on.

Image by ChadoNihi on Pixabay