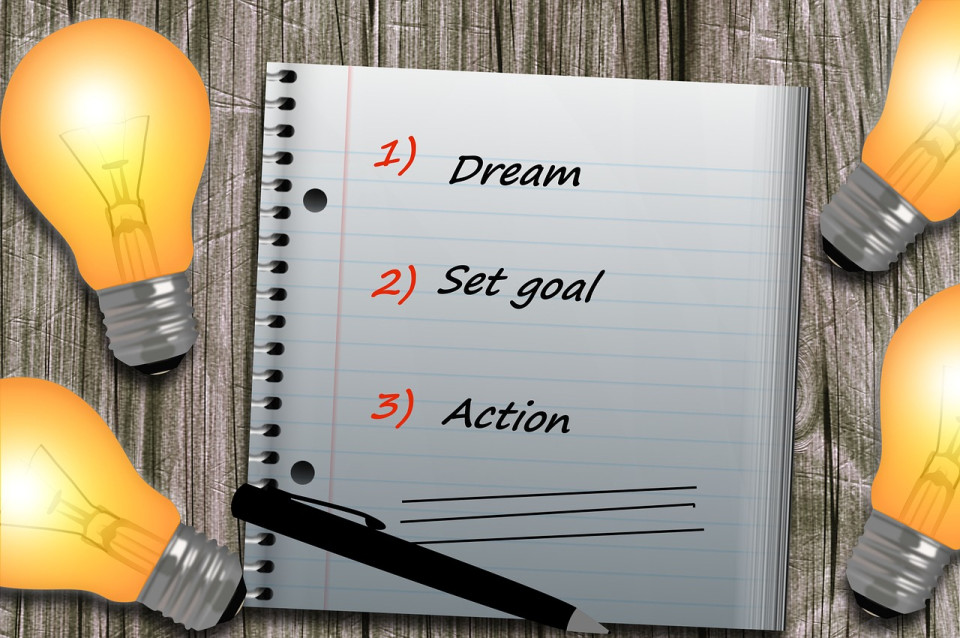 2019 gets well and truly underway with the powerhouse Capricorn New Moon Solar Eclipse of January 5-6. It turns life into serious business, emphasis on both adjective and noun. It requires effort and focus, to be sure, but it also promises reward for hard work. Eventually.

We’re approaching life with uncommon practicality and determination, charting goals, targets and courses for the next year and beyond. Where do we want to go? What do we want to achieve? What steps will get us there?

While we formulate answers, the cosmos is cooking up a few reminders of the limits of our control. Planning is useful for setting targets and keeping us heading in a desired direction. Just know that surprises await. Sooner than you might think.

A solar eclipse is a supercharged new moon. It doesn’t merely start the next phase; it clears some of the playing field, too. When the moon momentarily blots out the sun in the sky, circumstances on earth go dark as well. When the light comes back up, they’re different. Jobs disappear. People leave. Situations change, and so do lives.

Fundamental, defining aspects of existence are in play now, continuing a process that began last July. This is the second of the current round of eclipses on the Cancer/Capricorn axis, which defines where and how we are at home, privately and out in the world. Who’s the Mommy? Who’s the Daddy? Who’s family? And who’s going to pay for it?

The reset button is going down now on the Capricorn end, the land of the bottom line, which deals with building and providing structures and security (as opposed to birthing babies and nurturing). It’s the sign of adulting, and ruled by Saturn, the planet of adulting, who has been in residence there for the past year.

Hence the current seriousness. Saturn is in charge of this eclipse, requiring maturity, responsibility and suiting up. Likely the benefits of that have recently occurred to us. Both the sun and the moon, representing reason and emotion, have met with Saturn in the past few days. He’s still close by both at the new moon. He means business, cosmic 2×4 at the ready to impose ramifications, consequences and payback for those who fail to get with the program.

His presence adds, “And I really mean it!” to issues of responsibility and commitment, career / place in the world, and practical goals. Our relationship to authority is also in the mix – our own authority, actual or concepts of authority figures, the patriarchy, the archetype of the father, and likely biological fathers and fathering as well. All are entering a new and refocused phase. Watch for roles to switch and for a changing of the guard.

The new beginnings of this eclipse come with road-clearing epoch ending. Unavoidable transformation is occurring, courtesy of Pluto, lord of death and rebirth. He’s just beyond the Sun and Moon, and his purifying scythe is the first influence the luminaries will cross as they separate. Saturn before and Pluto after make this eclipse an energetic sandwich between structure and restructuring, between control and primal power, between responsibility and surrendering to greater forces.

The result is phenomenal focus, simplifying and streamlining. You may revise and pare back your goals and plans to less and less, until only essentials remain. Unseen forces may do some of the paring. Pluto’s involvement makes the eclipse’s reset button all the more forceful and profound. Unavoidable developments, even deaths (which could be symbolic! No hyperventilating, please!) will remove goals, structures and foundational people – and perhaps someone that you did not directly rely on, but who was part of the tribe or tapestry of your life.

The eclipse will have you setting goals with great specificity, most of which will roll out slowly. We are resetting a path that we will trod for the next year or so. Don’t worry about being locked in; just start planning and proceeding. You have plenty of leeway for course corrections. Little is written in stone, especially not in the first half of the year.

Editing is a given in the initial project management phase. Besides the endings and revisions driven by Pluto, epiphanies are flying off awakening, liberating Uranus, who stations direct on January 6 (by cosmic joke-cum-coincidence, the Feast of the Epiphany, when the wise men brought gifts to the Baby Jesus).

His about-face may well make more sense of the personal awakening and liberation (experienced at the time as chaos) you’ve undergone since he entered Aries in 2010. He could startle you into a different or unexpected view of where you’re going or what you’re leaving, courtesy of the t-square he is making to the nodes. New information affects your goals. Expect to revise. Expect to improvise.

Core concepts will stay if they are sound and responsible. Wherever you head, the eclipse motivates follow-through on intentions. A square between messenger god Mercury and warrior god Mars delivers a cosmic kick in the backside to get going and walk our talk.

The impact’s brusqueness could carry over into conversations. Living in business mode could leave little time for social niceties.

Or maybe not. Venus, ruler of our relationships, has a direct current to the north node in Cancer, the direction into which we are individually and collectively headed. Deep, loving honest connecting is both possible and effortless. And it fuels the epiphanies, breakthroughs and awakenings flying off Uranus as he’s pressured by the nodes.

The link to Venus reminds us that there’s more to life than work. That message comes through another influence, which invites taking a break: the opportunity aspect of a sextile between Saturn, ruler of form, and Neptune, ruler of formlessness. That potential for drifting into formlessness – dreams, illusion, deception, streaming movies – is cranked up to 11, with the power-up Neptune’s getting from expansive Jupiter in Sagittarius.

Escapism may be a good thing. Escapism may, in fact, be called for. Imagination, meditation, contemplation, prayer, guidance all have potential to aid project management. They could, of course, erode some of the groundwork or cloak our vision in fog. But so what? If groundwork erodes, it probably wasn’t properly constructed to being with. And sometimes a little letting go is exactly what’s needed.

Escapist pursuits could soften the harshness of the experience, or of the ground on which we’re working. They could also simply deliver much needed breaks. No one can work 24/7. Taking a breather can refresh and renew. It can create an empty space for insights and intuition to flow in. And sometimes a body needs to sleep, perchance to dream.

Besides, we’re in this process all year. Schedule downtime, maybe? At least give yourself permission to indulge in it?

Milestones for this eclipse journey come:
• in April, when Pluto crosses the South Node in Capricorn, clears clutter from the path and eliminates unsupportive or unsupportable situations or conditions;
• in July, when we hit a level of completion goals at the Capricorn Full Moon Lunar Eclipse;
• in December, when the Capricorn New Moon Solar Eclipse resets our goals again; and
• in January 2020, when Saturn meets Pluto in Capricorn, and the pair tests, cuts back on and transforms goals and institutions.

Learn more in my talk about the Cancer/Capricorn eclipses, live via Webcast Saturday, January 12 and on recording afterward.