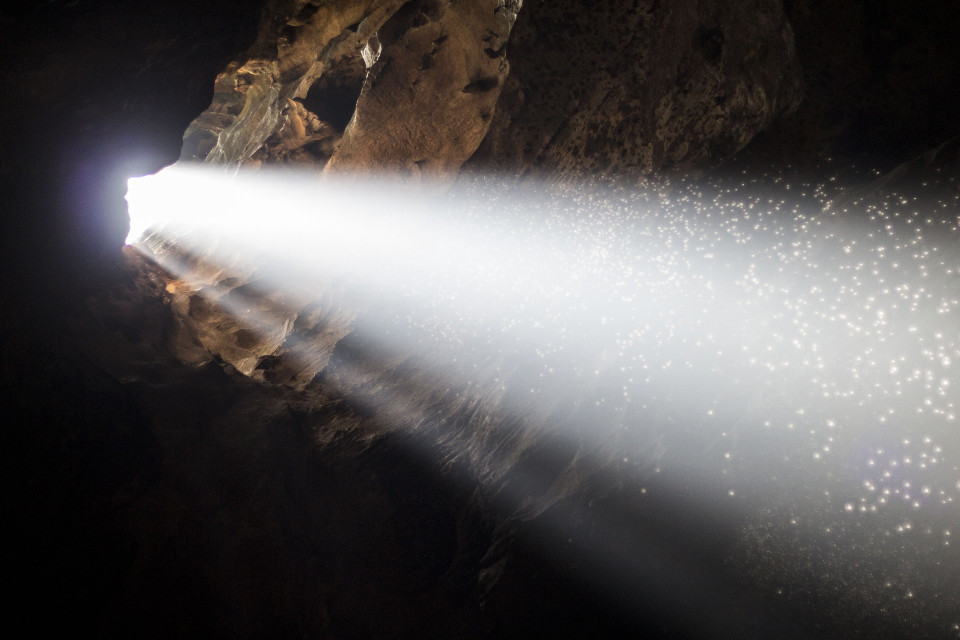 The Scorpio New Moon immerses us in emotions and experiences that have been washing over us of late, and issues a call to action.

Scorpio innately navigates powerful, intense energies that are prone to lurking below the surface. Venus’ retrograde through the sign has been luring some of them to light, as once-important connections and situations have popped up from our histories and our psyches for reevaluation.

Now this Moon softens the energies (and some of those retrograde visitations) with grace, transcendence and a sense of higher purpose at hand.

The effect is X-Ray goggles with rose-colored lenses, perceiving darkness through understanding, compassion and forgiveness, viewing matters that scare or discomfit us in the best possible light.

The mixture helps us embrace, assimilate and move forward on impulses that coursed through life for the first nine months of the year. Those qualities come from the easy flow of a trine from the New Moon to Neptune, lord of transcendence and higher love. From January through August, amplifying Jupiter in Scorpio traveled in the same relationship with Neptune and created a bridge between the deepest and highest parts of our beings. The contact exposed us to cleaning out our psyches and basements. It beamed faith and higher inspiration into our very cells. It encouraged making enormous, outlandish wishes, asking for outright magic, and instinctive, primal urges with wisdom greater than mortal.

All of that pours into this New Moon and how we proceed. And it mingles with our updated values, desires and, most of all, sense of our own worthiness. Although Venus will not complete her retrograde for another week, what we have learned and experienced from her journey since October 5 colors how and where we direct the potent, transforming and regenerative force of this Moon.

And incentive abounds to work it. Action hero Mars, the traditional ruler of Scorpio, is widely square the Moon. The contact demands transformation – in the collective and our vision for the future, and in our friendships (deepen or die).

Doors are open for major closet and basement cleaning (yes, there’s apparently an endless amount to do in there). And, more importantly, for owning personal power and adapting structures, foundations and institutions, both personal and collective, to match it.

We are free to walk through those doors or not; they’re on offer from the Moon’s sextile to its current, modern ruler, Pluto. Mars is also making an offer, through his sextile to retrograde Uranus. This one might be more automatic to accept, because it is part of an ongoing process.

The two planets of force have squared off multiple times since mid-May, when Uranus moved from 29 Aries to 0 Taurus. Mars activated those gear shifts in August and September. Now Uranus is triggering them as well, having slipped back into Aries the day before the New Moon, for a four-month-plus final wrap-up of his time in Aries, from 2010-2018.

The sextile changes the teamwork of these two planets from hands shoving you in the back to an outstretched hand beckoning, “Be my guest.” This offer requires or leads to a novel or unconventional approach, perhaps a change in how you’re pursuing something.

Or someone. Relationships are in sync at present, with retrograde Venus, briefly back in her Libra home, in a trine to her champion Mars. We want connection, and we’re going after it with an airy touch (and effective verbalizing) that facilitates making it.

Their link puts pretty wrapping paper and a bow on the desires and impulses flowing from the New Moon. We’re not working at cross purposes with ourselves, and the same is true of our dealings with close, dear connections.

Take your dreams and wishes and expanded enlightenment of the year’s first nine months. Combine them with your Venus retrograde realizations and decisions. And stir.

One caveat: the trine to Neptune does have a downside. An open channel between hidden and powerful energies and the cosmic fog machine could have us – or some of us, anyway – buying in to deception or illusion that resonates with and fuels our worst fears. Your guidestars are the gifts of the Jupiter/Neptune trine from January to August, and the realizations, releases and reaffimations of your Venus retrograde journey.