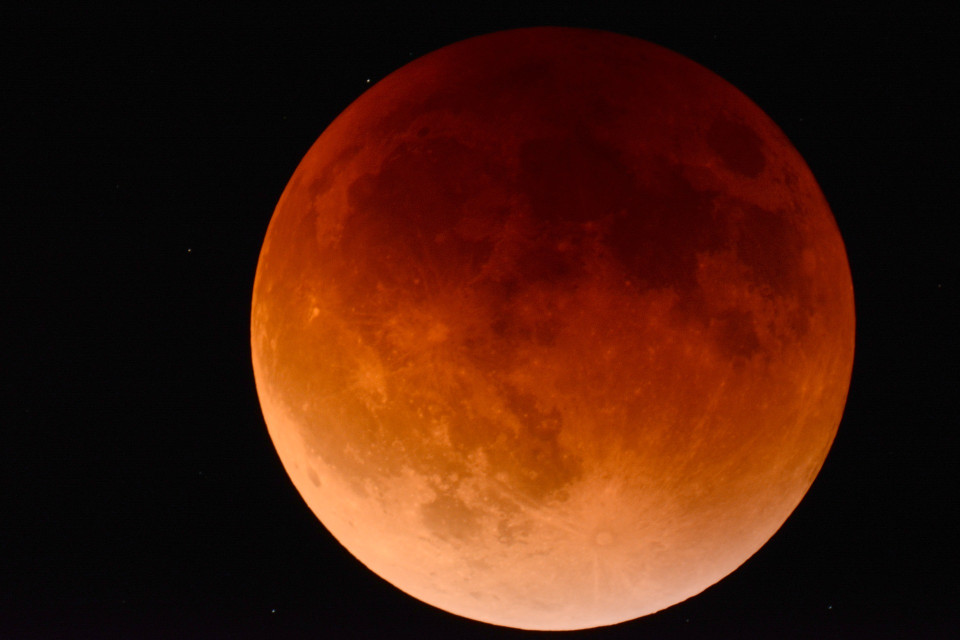 Chapters are ending. Doors are slamming shut. Stories are at a turning point. Eras are shifting from one to the next. And life as we knew it is disintegrating in us and around us. That’s the power of the total lunar eclipse that is this month’s Aquarius Full Moon.

It’s bringing revelations, departures and endings that change our emotions, viewpoints, relationships (specific connections, as well as ground rules and agreements), networks and alliances. All drive home the imperative to express ourselves – not merely to use our voices and speak our minds, but also to let our unique being braze brightly and unapologetically

Because the Moon is in the sign of Aquarius, some of this process might be detached and intellectual, as if we’re suspended above the action and commenting on it. Or making like Mr. Spock, raising and eyebrow and remarking, “Fascinating.”

Then again, emotions might run higher than high, despite Aquarian logic. Any lunar eclipse supersizes the escalating power of a Full Moon. This eclipse is taking that to an extreme. It’s the longest lunar eclipse of the century, with one hour, 42 minutes and 47 seconds of totality, and lasting three hours and 55 minutes from beginning to end. (Sorry, North Americans, this spectacle is visible in Europe, Africa, Asia, Australia and New Zealand. Geek out with more details at Space.com.)

This eclipse marks the halfway point in the current eclipses on the Leo/Aquarius axis, which began last summer and continue into early 2019. They’re bringing themes and issues back around again from late summer 1998 to late summer 2000 – in different form and with different impact, of course, because of the drastic reshaping our lives and priorities have undergone since then.

All the drama points to one core theme: self-actualization. That boils down to Oscar Wilde’s advice: “Be yourself. Everyone else is already taken.” And it involves accepting yourself, allowing more of yourself to show, and taking note of others’ response.

Watch for information, as the eclipse plays out over the next six months, that answers these questions: Who gets you? Who’s applauding? Who’s encouraging your flame? Who’s burning brighter because of you? Who doesn’t notice that you’re in the room? Who’s standing by with a bucket of water and threatening to douse you?

Answers are going to come with exclamations of “Done!” “Over it!” Old ways aren’t going to cut it. This Full Moon is wired for hair-trigger change, in startling, surprisingly practical ways, and ultimately awakening and liberating.

The opposing Sun and Moon are locked into the dynamic configuration of a t-square pointing to Uranus in Taurus. Each side is pressuring the cosmic rebel to act, and each side comes with reinforcements.

The Moon has the artillery of Mars, who embodies how we push ourselves out into the world. He’s the god of war and representative of the masculine archetype.  (Fitting the presence of the red planet, this Full Moon is called a blood moon and will actually look red because of conditions in the sky.) He’s currently on a backwards march to the doorway to the past, the Moon’s South Node, which represents default behavior and a way of life we are leaving behind.

The Moon’s conjunction with retrograde Mars and the South Node fuses the eclipse with retrospection, regressiveness and agitation and supersizes the eclipse’s door-closing nature.

Mars’ role in this equation is paradoxical. He’s triggering impulsive action, stirring conflict and sparking hotheadedness. He’s also bringing  men and networks from the past to the current emotional forefront. He’s offering (sometimes requiring) revisiting and do-overs. And since he’s retrograde, some of the current action will not last. It will require fixing or altering after he goes direct at the end of August.

So in one corner we have a masculine, conflict-driven way of being, the way things have always been. And it’s pitted against the way the feminine is leading us: the Leo Sun fused with the path of the future (some would even say destiny), the North Node, and the asteroid Pallas – the maiden warrior who employs intelligence, wisdom and strategy.

The male-driven way of the past and the female-driven way of the future are pressing equally hard against volatile Uranus in Taurus. He’s the host of this party, as the ruler of Aquarius; the Moon and Mars are under his command – another indicator that past ways aren’t holding any longer.

Uranus is sharing the pressure with a powerful companion: the asteroid Juno, queen of the heaven, protector of marriage and commitments, and embodiment of betrayal. Changes are a given in alliances, in committed relationships, in approaches to agreements and in how we deal with infidelity and betrayal. The masculine can attack and fight all it wants; the feminine, strategic, collaborative approach has the upper hand.

Despite Uranus’ unpredictability, chaos and change promise surprising stability. The lord of order, Saturn, is traveling all summer long in the easy flow of a trine to Uranus, birthing new forms and structures, and making situations manifest, concrete and tangible that have been building for some time. (Whatever you were on fire to do last year is finally possible now.)

Ultimately, the changes achieve something we want. Or at least, they affect what we want; be aware that this sky has a strong streak of having to capitulate to forces greater than mortal will. The two gods of desire and money are supporting each other, as Venus and Pluto trine.

This contact makes desires, relationships, money and values primal and intense, with a tractor-beam magnetism that overrides sense and intellect. The trine also focuses and streamlines them, making us more selective but also more relentless in pursuit.

Secrets will come out and factor into the revelations and chapter-endings. It’s nigh on impossible to keep triangulation under wraps. If you’re in one (or learn that you’re in one), relationships have no choice but to change. More on the #metoo front is inevitable, the same with corruption and political betrayal – and with strategic action in response.

This high-stakes terrain is where the true power and focus of this eclipse lie. Uranus may be the Full Moon’s host, but Venus, the ruler of the sign he’s in, has the ultimate command. The masculine may be kicking up a fuss, but the reins are in the hands of the feminine, the goddess of love, beauty and creativity, the overseer of our relationships and all that we value.  She has quite a different way of getting what she wants. She is calling the dance, and his job is to do her bidding.

As always, this eclipse is not a one day event, or even a one week or one month. It’s a prolonged point of reckoning and examination for all that has come since last summer’s much ballyhooed total solar eclipse at the final degree of Leo. We’ll be feeling its effects into early next year, as we devise new approaches and structures for how we coexist with each other.