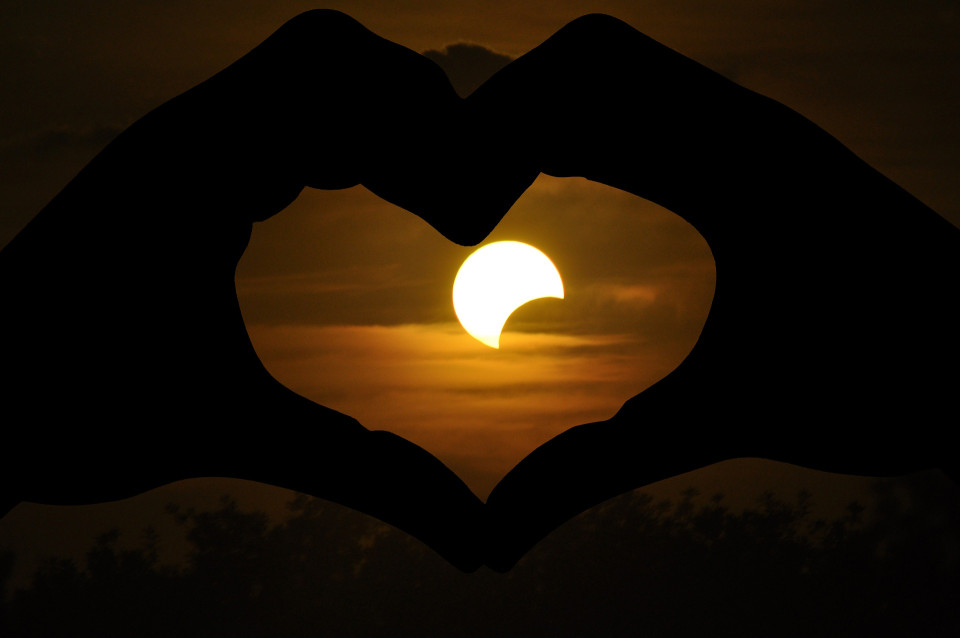 The emotional rawness of the past two months clears out and refreshes with the Cancer New Moon. It’s draining and refilling the cosmic pool we’ve been soaking in – while the feminine hands out towels and innovative, practical systems for partnering and nurturing.

This month’s new moon is a partial solar eclipse, visible mostly over the ocean between Australia and Antarctica. It’s the first of the summer’s three, consecutive eclipses. The other two are in the Leo/Aquarius cycle that’s been with us since 2017.

This moon kicks off the next eclipse cycle, on the Mommy/Daddy Cancer/Capricorn axis. This polarity involves emotional and worldly security, home vs. career, nurturing vs. providing, and questions of Who’s the Mommy? Who’s the Daddy? Who gets to be the baby? The emphasis now is on the home/mommy/family/nurturing end, with the New Moon falling in Cancer, the sign it rules. (Hint one that this New Moon is maximum emotional.)

Issues and situations are coming back from the last time we lived through this cycle, from late summer 2000 to late summer 2002 – with a marked difference. We’ve been through massive, permanent structural changes since then, which stripped down and refocused our priorities. They are fewer and more fiercely held as we go into this next cycle, which will continue through the summer of 2020.

Even the tightest of grips won’t hold, though, if something is dying or on the way out. This New Moon is a “resistance is futile” event.

One reason is the nature of a solar eclipse. A solar eclipse temporarily blots out the light, then brings it back up. Symbolically it’s akin to rebooting a computer system to install updates. Programs shut down, the computer shuts down and restarts, and when it comes back up, some files are gone, some programs are new, and some are in different form. As a solar eclipse resets areas of your life, priorities, situations and people depart – and new come in.

Resistance *Is* Futile 2: The Guy With the Scythe

This time, the goings may feel like a stampede for the door. That’s because of the second reason resistance is futile: the fearsome presence of Pluto, lord of death and regeneration, tightly opposite the Moon. (Hint two that this New Moon is maximum emotional.) His position turbocharges the eclipse’s emotional rebooting, which resets concepts of home and nurturing, how we feel loved, safe and secure, and how we define family.

You may be relieved; you may ultimately feel restored, even if you also feel bereft. The current updates are an outgrowth of the tenderizing we underwent at the beginning of June and again in July.

The first round pulled in our relationships, values and desires, as their ruler Venus in Cancer linked to the current ongoing bridge between the deepest and highest parts of our being, formed by bigger-is-better Jupiter in Scorpio and illusionist-cum-miracle maker Neptune in Pisces. Their contact expanded into the free emotional flow of a water grand trine, when Venus joined in.

The second round infused our personal mission and sense of self at the beginning of July, when the Sun followed Venus’ movements and himself formed a grand trine with Jupiter and Neptune. He comes into the New Moon saturated with the experience. Likely you can connect emotional dots from the beginning of June to the beginning of July to the reboot occurring now. If there’s a specific situation you’d like to purge or redraw, direct your emotions to them. They’ve got laser focus now.

About that scythe…Remember the Celebrity Death Epidemic of 2010-2011? It coincided with a different family of eclipses on the Cancer/Capricorn axis. And it saw the departure of cultural icons who defined the 20th century. Watch for another flurry of important figures slipping out. Prayer candles at the ready ….

There’s a third reason resistance is futile: Old ways and new ways are both pushing for change, tangible and sudden, in a challenging configuration of a t-square. Uranus, agent of unpredictable change, is getting pressure from the Nodes, which represent the future/destiny and the past/behavior we’re leaving behind. The tussle has a bit of a battle between the masculine and the feminine, and it’s weighted toward the feminine.

Retrograde Mars is stirring up the past end, taking the form of conflict, anger, old ways of going about things, and men cropping up from the past. The way of the future has the help of Pallas, a woman warrior, who embodies wisdom, the ability to strategize, and manual dexterity (such as with crafts).

He strikes; she plans. She’s siding with the future. For now, though, the two forms of warrior, aggressor and chess player, are pushing equally against Uranus and his companion Juno, protector of marriage and childbirth, who also represents partnerships and jealousy. That pair is modeling unconventional unions (and sudden disruptions in others), alternative viewpoints and other lightning strikes with practical, possibly financial effects. The pressure they’re getting is dumping out into the early degrees of Scorpio, waters that teem with intensity, secretiveness and loyalty that can cross into possessiveness.

Pay attention to what that line-up is pressuring in your life. Collectively, it’s a formula for battles lining up over women’s rights, marriage equality and separated immigrant families, for starters.

Earth Mothers to the Rescue

Looking at the role of Pluto alone could send a person under the covers. Add in awareness of Uranus and, well, you’d be justified in going into hiding. These two are responsible for the upheaval and restructuring of, well, pretty much everything in the last six to ten years. But take heart. Don’t panic! This Moon also comes with a task force, a ground force, a grounding force. And again, the feminine is heavy in the mix.

Venus in Virgo has a lead role, handing out towels, remedies and pointers for living sensibly. She’s in the company of Ceres, goddess of grain, fertility and motherhood. She represents how we nurture ourselves and others, as well as the mother/child relationship – echoes of core interests of the Cancer Moon, and fused via Venus to our relationships, values and desires. The pair are traveling in a grand trine with Uranus and Juno in Taurus and structure-oriented Saturn in Capricorn.

The trine is the way out and path to sanity out of all the water that’s been pouring over and through us. This teamwork is birthing innovative, startling desires, unexpected twists and unusual commitments. It’s causing some long-building developments to blossom and manifest seemingly effortlessly (the effort’s already happened). It’s also leading to equally effortless imposing of structure, rules and order, maybe restrictions as well.

This earth grand trine is a preview of the next one coming in late August, when Saturn and Uranus exactly trine, and the Sun in Virgo joins in.