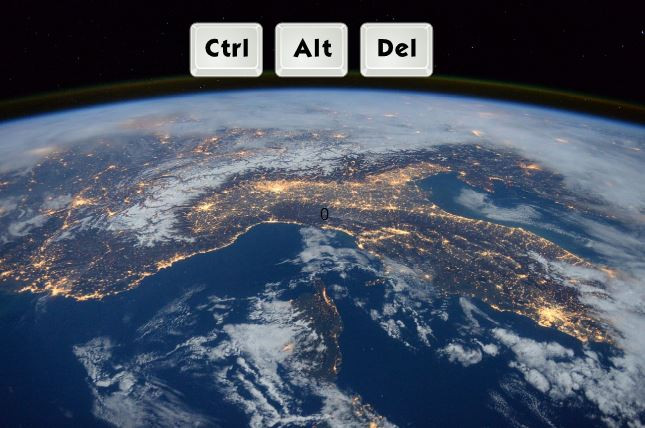 The month’s progression: Free-flowing water, then a cosmic hand firmly hitting an emotional reset button. Overlapping with free-falling earth and rampant blossoming, then a cosmic hand slamming shut a door that renders a past way of being inaccessible.

The door slamming comes with a maelstrom of revelations and departures as we spot stink weed among the flowers. All of it has a backdrop of do-overs, repair and escalating conflict.

So much for lazy hazy days of summer. This year, we’re getting only the crazy part of the lyric.

In the month’s first eight days, the Cancer Sun travels in a wide water grand trine with Jupiter in Scorpio and Neptune in Pisces. Jupiter and Neptune are bridging the deepest and highest parts of our being, which sometimes lets out psycho-beasts, delusion and lies. Love goddess Venus joined their dance early in June, unleashing tears, heightening sensitivity and bathing us in issues of nurturing, home and families. When the Sun follows her steps, watch for these energies (and issues) to permeate you.

Chatter swells as Mercury squares Jupiter on the 8th. Everyone has a message and has to, has to, HAS TO share. A semblance of sanity and drying off from all that water arrive with Venus entering earth goddess mode (the sign of Virgo) on the 9th. Tissues may still be in her clutch, but so are towels, and remedies, and pointers for living sensibly.

Her first days in the sign open her (and us, especially in relationships and financial dealings) to innovation, new desires, unexpected twists and unusual commitments. She’s traveling in a grand trine in earth, tight from July 11 – 14, with awakening Uranus in Taurus and structure-oriented Saturn in Capricorn. This linking leads to effortless blossoming and manifesting, as well as equally effortless imposing of structure, rules and order.

Watch for ground you’ve been cultivating to blossom, although probably not in ways you’ve expected. (Your vision of what you want may change, too.) This stretch of growth foreshadows the next, and bigger, round in late August, when the lords of disruption and order make an exact trine, and the Virgo Sun joins in for another earth grand trine.

This month’s earth grand trine straddles the first eclipse of the season, the solar eclipse that is the Cancer New Moon on July 12/13. The event launches the next eclipse cycle, on the Mommy/Daddy Cancer/Capricorn axis, which will play out through the summer of 2020.

The cycle kicks off with a force that may take breaths away. Pluto’s presence opposite the Moon turbo-charges the eclipse’s emotional rebooting, which resets issues of home, nurturing and family (including how we define them).

The eclipse will influence us for months, but the immediate impact is intense and fierce. It puts hearts and minds alike to profound choices around July 16: How do we go after what we want? Do we fight for what we value? Candor and truth are core issues, too. Adjustments may be necessary in our thinking, or in how we express ourselves, or in how we talk about — or to — power.

Doorways open to cooperation and connecting as Venus applies her earth mother sensibilities to the watery impact of the Jupiter/Neptune trine. More effective tools are at our disposal, and so is a good hard look at the gulf between reality and the ideal, or reality and romanticizing, or reality and spin.

As Venus pursues this work, the Sun glides into Leo on July 22 and heads straight for a shake-up with Uranus in Taurus. Lightning bolts fly, disrupt the stage and require different approaches to playing on it.

Rethinking that is already in the air. Mercury stations retrograde on July 26, which he’ll be through August 18. He’s adding to the complications and do-over impact of the Mars retrograde that has been going on all month. (More about this month’s retrogrades at the end of the forecast; more about Mercury Rx in my guide for OM Times.) Communication, technology and getting around are up for delays, disruptions and confusion.

Because of the overlapping M-planet retrogrades, malfunctions and breakage are more likely than usual. (Mars rules objects with moving parts.) The overlap also increases prospects for miscommunication, with Mars contributing frustration, anger and propensity to fight. Visitors from the past are probable as well, especially men (or people with whom you have unfinished business), whether by literal contact, mentions on social media, floating through your thoughts or dropping into your dreams.

The positive side is retracing steps with an eye to correcting them, picking up dropped threads, finishing up old business and addressing lingering arguments.

What we see in the first days promises to be life-changing. Emotions escalate alongside Mr. Spock-like observations and erupt into realizations and revelations with no going back. The cause is the Aquarius Full Moon on the 27th,, a total lunar eclipse atop the Moon’s South Node. That point represents the past, how we behave under stress, and ways of life we are leaving behind.

Mars will be agitating in the vicinity, possibly shutting down effort, possibly stoking violence, possibly precipitating both. (The timing is astrologically right for the general strike that has been suggested as political protest…but for the antithesis of that as well.)

The emotions and situations culminating now lead to endings, departures and major chapter closings. There are no take-backs. And resistance is futile.

This eclipse, like the Cancer solar eclipse, has its own Plutonian element: the easy flow of a trine from the guy with the scythe to Venus. Since Venus and Pluto are the two rulers of desire and money, the stakes are high and dear indeed to our hearts and bank accounts.

This trine adds intensity and finality to releasing and purging (or being released or purged). It emboldens ruthlessness (“I want what I want and woe to anyone who gets in my way.”) It puts values and fears on the table.

Venus and Pluto are a signature for the #metoo movement, and for triangulation (good luck keeping any hidden) and for all manner of skullduggery. Expect more scandal and revelations of secrets, betrayal and sexual and financial misconduct.

The eclipse is a turning point, transforming philosophical perspectives, the makeup of communities and networks, and close personal relationships as well. Look at it as jettisoning the outmoded and clearing space in your heart.

We are living under a high number of retrogrades this month. Four planets are retrograde throughout July: Mars, ruler of our action and tempers; Saturn, ruler of law, order and adulting; Neptune, lord of transcendence and illusion; and Pluto, lord of death and rebirth. They are joined for the first 10 days by Jupiter, who stations direct on July 10. They are the only retrogrades in effect from July 11- 25. On July 26, Mercury begins his second retrograde of the year.

What does this mean for life on earth? Put the prefix “re” in front of every imaginable verb, and that’s what we’re doing.

So be a planet wrangler. Work those retrogrades.