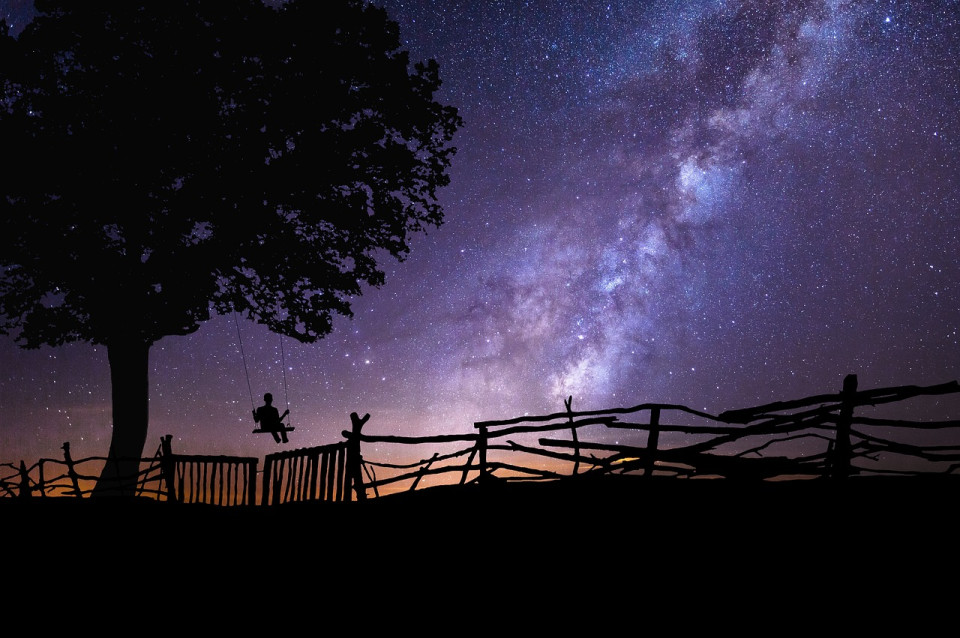 After a bumpy start, May deposits us on solid ground. It’s a “Toto, I don’t think we’re in Kansas anymore” moment. Like Dorothy after the cyclone, we step onto strange, unfamiliar turf that beckons us to explore.

It’s not what we expect, and not like where we’ve been. But it’s solid. For the time being.

But first, we pass through a gauntlet of discomfort in the month’s first 10 days. We’re still processing, purging and determinedly pushing on after April’s valedictory Scorpio Full Moon. Hard truths hit around May 7, in a few days of difficult but clarifying thoughts and conversations, which dispel illusions and show that an object of desire is out of reach.

Whereupon we regroup, reclaim our power and double down. Fighting words fly on the 12th; people who stay peaceable will nonetheless find themselves fiercely pushing a point and demanding a response, action, progress.

Movement does, in fact, follow, but not as intended or hoped or expected. Lightning bolts, exploding light bulbs and wild card messages rain down from May 13-16, tilting perspectives, shocking sensibilities, breaking many a hold and birthing ingenuity.

It’s the last hurrah of Uranus in Aries, where the rebel and awakener of the cosmos has been shaking us up since 2010. He’s making a four-day superconjunction with fellow trickster Mercury, ruler of our minds, communication and means of getting around. (Electricity, social media and chatter in general will be crackling, unpredictable, wild.) The epiphanies of their final pairing could change your view of the past 10 years, deliver a clue that makes sense of a lot of it, or rewire your thinking to outfit it for the next stage.

Thinking and communication shift into concrete, pragmatic mode (“Hmmmm….what can I do with this?”) before the two planets finish their dance, when Mercury moves into Taurus for a two-week stay on May 13.

The next big stage arrives on May 15, smack in the middle of the month with a cosmic pragmatism that fits the Taurus energy ruling the day. May 15 is the Taurus New Moon, inviting us to savor the physicality of life on this planet. We’re marveling at it as well, thanks to the sudden landing of high-voltage Uranus in the earth sign of Taurus.

Most of us have not experienced this peculiar convergence of energies; the last time Uranus was in Taurus was the mid 1930s to the early 1940s. The shift holds the promise of bringing tangible form to impulses that have been firing over the past eight years – moving us into scenarios that are possible now because of the upheaval of those years. It also spells shakeups in all manner of Taurean matters, which run to the solid, reliable, sensory and slow-moving (money, land, food….)

We’re treading gingerly on this terrain into the summer. Uranus is retrograding back into Aries in November and will charge ahead in Taurus starting in February of next year.

Our first reaction to this new energy his to scurry into observer mode – and kick the tires. Mars, ruler of our drive and action, makes his own move on the 15th, into the detached and intellectual air of Aquarius, where he’ll spend most of the rest of the year. (Biannual Mars retrograde ahead from late June to late August!)

His presence in Aquarius will encourage progressive, futuristic, perhaps humanistic action, and the mental space to continue to function no matter what else is going on. It’s not all holding hands and singing Kumbaya, though; Mars in this sign can also engender emotionally cut-off action.

First thing on the agenda for both Mars and Uranus? Butting their heads. Kicking tires. (Remember?) Pushing to the point of breaking. Pushing with such force that the target has to change. Since this occurs as the Mercury/Uranus superconjunction is ending, the volatile activity amps up the final outbursts of epiphanies and communication shake-ups. Order comes quickly, when Mercury teams with structure-loving Saturn on May 18.

Take note of events and your reactions and motivations midmonth. They are first signals of what Uranus’ time in Taurus bodes for you – and of the birthing or innovation coming when Saturn and Uranus trine at the beginning of August.

A sweet and tender quality takes over our interactions after May 19, when Venus moves into Cancer and inclines us to nest, head for the kitchen and take care of the objects of our affection. Her move comes with an offer of assistance from Uranus – opening a doorway to a desire or breakthrough.

Her clucking overtures aren’t smothering, though, with the Sun’s move into Gemini May 20 keeping up a chatty, “ooh, shiny object” atmosphere. Self-promotion (or promoting a personal agenda) comes easily when the Sun trines Mars on the 23rd.

Be careful what you wish for come May 25. Magic and dreams and illusion are billowing and growing, subterranean passions are showing, and anything is possible from this confluence. Jupiter, influence of expansion and boundless optimism, is trining Neptune, planet of all that transcends earthly existence. Jupiter makes everything bigger; Neptune cloaks everything in pretty gauze and glamour. When they confab, Jiminy Cricket is singing “When You Wish Upon a Star.”

Some of what’s informing those wishes hardly comes from a Disney animation. Mercury, ruler of what goes through our heads and out of our mouths, has an open current to Pluto, ruler of what lies below. Wishes are cravings, primal and insistent. And this otherworldly combination could serve them up. Hence….be careful…because you just might get it.

Not immediately, of course. Venus and Saturn drive this home when they stand off while we’re still walking around starry-eyed.

The month ends with adventure and activity, with the Sagittarius Full Moon coinciding with Mercury’s arrival in his airy home of Gemini. This is the first Sag Full Moon in a couple of years without Saturn putting a damper on the sign. A splendid time is guaranteed for all. Well, maybe not splendid…but certainly boisterous and laughter-filled.