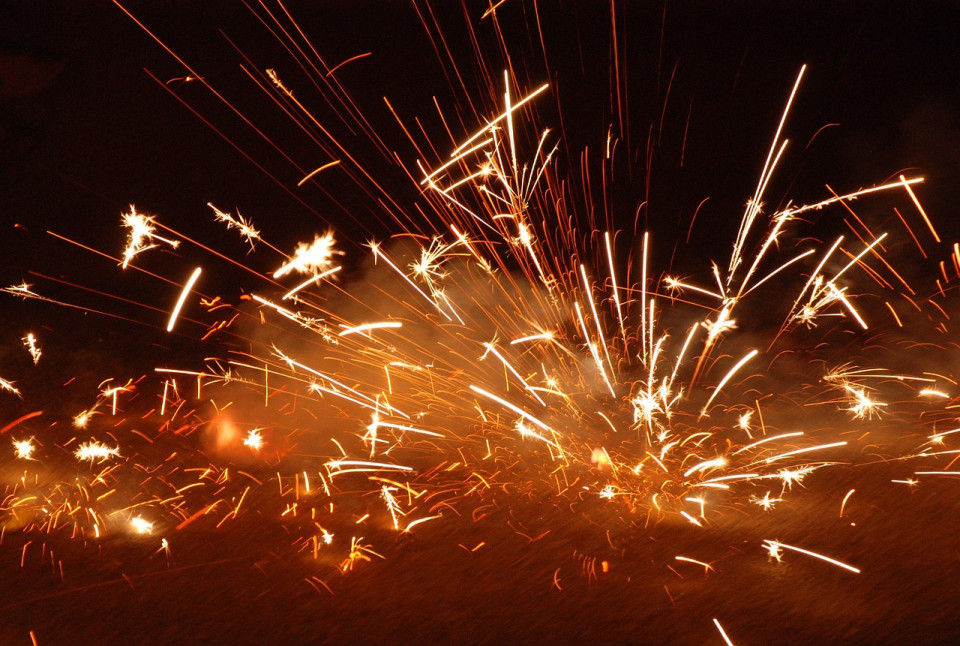 There’s nothing subtle about Aries. That goes a hundredfold for the New Moon happening in the sign on April 15-16. It’s combustive, explosive, liberating, motivating and propelling, blasting us out of safe confining shells into raw, unfettered form.

The Moon’s high impact comes from a close conjunction to Uranus, agent of radical, unpredictable change and liberation. Their meeting takes us to the breaking point in a process that’s been going on since 2010, when Uranus entered Aries. He moves to Taurus in a month and will not be in Aries during an Aries New Moon (much less conjunct one) for the rest of most of our lifetimes.

His last hurrah in the sign sees his individuating powers at maximum strength. If you’ve been waiting for the moment to act, push a project forward or take a huge running leap, this is it. Whether you consciously take advantage of this once-in-a-lifetime event or not, staying in place is not possible. Surprises, epiphanies and breakthroughs will abound and spur you on.

This bodes well for resolving situations that have you feeling trapped with no practical way out. This Moon may open an escape hatch, or you may decide you’re not going to take it anymore and bolt for freedom.

Whatever breaks – and your perceptions will be part of that – has been building for a long time. Whatever breaks will happen unexpectedly, startlingly, maybe shockingly, with a volatile, accelerated unfolding that may feel as if time is speeding up. Whatever breaks, there will be no going back.

It’s supported by the ongoing renovation of the foundations of our existence, most recently enhanced by a helpful sextile between Jupiter and Pluto the day before the New Moon. This is the second of their three links. The first was January 15; the last comes September 12. All offer the possibility of bringing hidden treasure (and psycho-beasties) to the surface, clearing away the chaos of recent years and upgrading the structures and systems on which we build our lives.

Even if you get hit upside the head or find the wind knocked out of you, the Moon has tools to get you through it. Mars, ruler of our actions (and the Aries Moon), has help from Neptune: divine love, guidance and inspiration, and maybe a touch of magic that puts you in the right place at the right time, or occasions events that can not be a coincidence. The cosmic hand is outstretched. May as well reach for it.

Also, presence of mind is a probable gift of the one slowing influence in this Moon’s line-up. Mercury is in the turnaround from his retrograde, which formally ends a half a day before the New Moon. His station creates the illusion of time slowing, which will help keep our wits about us while metaphoric firecrackers are going off. He may also put sufficient drag on information and, importantly, our processing it. Hang in suspense for a few seconds and data may rearrange into realizations that are useful, or at least make sense of the past few weeks (or years).

Don’t worry about freefall. If you find yourself in it, it will be without warning, before you have time to grasp what’s happening and freak out about it. Before you know it, you’ll be on the ground – firm, solid ground at that, since the Moon’s ruler Mars in earthbound Capricorn.

Most of all, you’ll like where you land. This terrain hosts developments that you want and are motivated to obtain, especially where relationship(s) and financial matters are involved. The developments aren’t thought experiments, dreams or wishful thinking, either, but as tangible and earthy as can be. Practical and concrete progress in both areas is built into the growing season of this Moon. Thank the uncommonly harmonious teamwork of a trine between go-getter Mars and Venus, goddess of love, which was exact on April 11. She’s been pointing to what she wants and saying, “Bring it to me;” he’s been responding, “Your wish is my command.”

So don’t fear or fight this Moon. Its gifts have been a long time coming, and it speeds up their delivery and growth. And if it brings you whiplash or anxiety, remember these words, “Show me another way to look at this.” Apply as needed.

Mundane: This Moon should break some startling news and precipitate forceful responses.

Watch for more to come out about social media manipulation, with the Moon between Eris (goddess of discord) and Uranus (chaos, technology, epiphany). With Mercury stationing direct in Aries, some revelations will be infuriating and/or involve information warfare.

A shocking shake-up is likely involving high levels in governments, with the Moon and disruptive, lightning tosser Uranus conjunct the asteroids Apollo and Phaeton. Apollo is the Roman god of art, music, literature and learning and associated with leadership as well as homosexuality. Phaeton is a figure of filial irresponsibility, arrogance and overreach whose recklessness endangered the entire planet. He was the son of the sun god Helios, who confirmed his paternity and promised to grant a request. Phaeton asked to drive the chariot of the sun. Helios kept his word, with disastrous consequences. Phaeton had no experience or training and couldn’t control the horses or properly steer the chariot. As the chariot careened through the sky, Zeus shot him down with a bolt of lightning to keep him from destroying the earth.

That’s a tantalizing combination. A higher authority intervening suddenly to prevent reckless, inexperienced leadership from igniting the planet? With homosexuality or the arts in the mix? #WatchThisSpace.