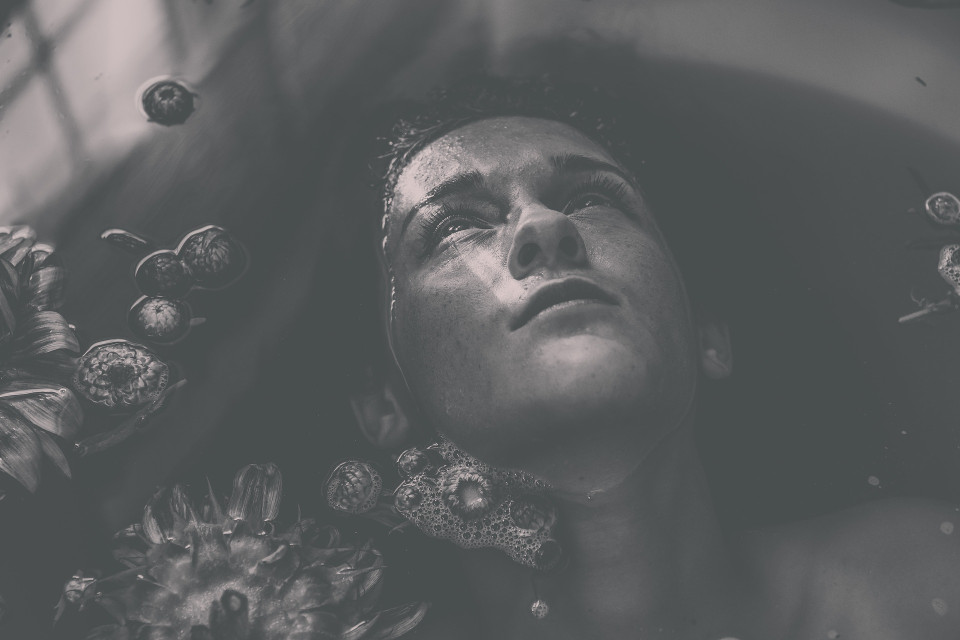 Some situations are like a long bath: so warm and soothing and comforting that you wish you could stay there forever, until suddenly they aren’t – and you want to get out of the tub, but you know how cold it will feel when you do, so you stay until the discomfort hits the point that you have to step out. At which point the chill actually revives you, and the towel you wrap yourself in feels oh so good.

The Pisces New Moon is the switch into awareness of (and escalating) discomfort, just before release.

Don’t groan! It’s productive, motivating and potentially profoundly healing. And it comes with a kick that sets off the exploding life force of the spring.

But first, the discomfort. This Moon immerses us in pains and pangs and sorrows, our own, of our companions and of mankind at large. We’ve been soaking in them for a while – in some cases, most of our conscious lives – but the Pisces emphasis of the past weeks have brought them to the surface of our daily lives.

The pains of existence are hitting critical mass now, with the New Moon conjunct Chiron (embodiment of woundedness and the imperative to embrace the physicality of existence). That combo is itself enough to make them loom large, but they’re also pumped up by a trine to bigger-is-better Jupiter in Scorpio.

It’s Jupiter’s way to escalate the action. Since he’s in Scorpio, this link is also pulling bugs, rot and other off-putting bits to the surface and providing a can’t-look-away mix of fascination, tenacity and fearlessness. The potential is great for catharsis, healing and, sorry to say, revulsion, with Jupiter retrograding back toward a cooperative sextile to Scorpio’s ruler, Pluto, in institutional Capricorn.

Some people might degenerate into a pity party – some people can always find reason for a pity party, it seems – but don’t fall into that. Take notice instead of the end-of-an-era vibe coming off this Moon. Chiron is wrapping up his transit through all-connected Pisces, a journey that began in February 2011.

This is the last Pisces New Moon with him in the sign for half a century. He’ll enter Aries in mid-April, then duck back into Pisces for a final mop-up from late September through mid February of next year. His swan song Pisces New Moon can serve as a retrospective; look for indicators of your healing journey of the last seven years.

The point is not wallowing, but moving on. We’re experiencing some long-standing issues in a way that promotes doing something about them. A forceful cosmic shove to get going already is coming from Mars, ruler of our drive and motivation.

He’s making an action-demanding square to the New Moon and Chiron, delivering the oomph to get out of the tub, dry off and start the next phase. Something we’ve learned or realized or reframed lately could be part of the incentive, since he’s in the last gasp of Sagittarius, at maximum philosophical firepower, fresh off a trine to awakening Uranus. And prospects are great for following through, since he’s moments from sliding into slow and steady Capricorn.

This is the New Moon that takes us into the next season, which starts when the Sun enters Aries on March 20. Look at it as the opportunity to shake off what you’ve outgrown, or resolve pain you’ve carried or caught by osmosis.

This may, of course, be free of personal pain. Heightened sensitivity is equably probable; nostalgia and sentimentality and empathy and compassion could well for what others are going through. Combine that with Pisces’ escapist bent and “Danny Boy” is likely to prompt actual tears in bars and pubs around the world. (No slight coincidence that this of all New Moons falls on St. Patrick’s Day.) If you go out to raise a few, stashing tissues in a pocket is advisable.