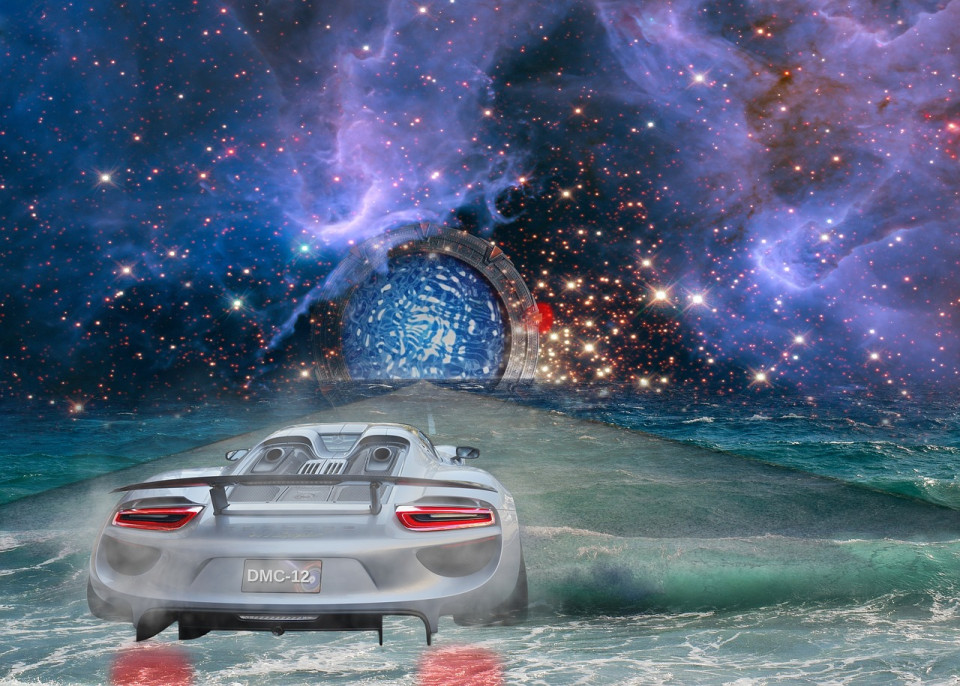 Rocket ships at the ready! Nose-to-the-grindstone still dominates as way of life and is coming with us as we blast off. First stop: real-life magic.

Monumental realizations, revelations and departures are clearing the way and lightening our loads for the journey. The sky is magnifying everything that impedes our progress or dims our light, and tagging all of it for revisiting and tossing. It probably can’t all leave at once (or maybe it can), but exits are moving ever closer to inevitability.

Engage with this energy, by all means, but know that much is far outside your control or vision. Significant plot twists are coming from unexpected and/or unforeseeable hands, forces and events.

February is in the thick of eclipse territory. Shock waves are still radiating out from the total lunar eclipse of Jan. 31. Its companion is the month’s centerpiece, the Aquarius New Moon solar eclipse on Feb. 15. While bringing its share of dramatic endings, it is also a life-changing quickening and power-up, complete with rocket ship.

Our traveling parties are rearranging to reflect increasing comfort with expressing our real selves (and dropping people who are not on board with that). Watch for formative developments around Feb. 4, when Venus and Saturn argue for form, structure, commitment or limits.

Rose-colored visions wash over interactions once the love goddess moves into we’re-all-one realm of Pisces on the 10th. Gentleness, kindness, awareness of others, tendencies to romanticize and forgive course through the rest of the month, along with multiple channels for escaping what’s passing for reality (drink, drugs, binge watching, oversleeping, for just a few).

Valentine’s is not a one-day event with half-hearted observance this year, but a palpable energy that shapes at least a week. Loving thoughts, telepathy and empathy heighten (and so does nonrational thought) once cosmic messenger Mercury dives into the waters of Pisces on the 17th, with a kick from action hero Mars squaring Neptune, lord of these seas and all means of unhinging from worldly existence.

The vapors coming off these contacts envelop and permeate our solar eclipse rocket ships by the time the Sun enters Pisces on the 18th. The Aquarius solar eclipse may fix our eyes on the future, but the Pisces party is augmenting that sign’s intellectual vision with softened, opened hearts.

They lead us into the realm of magic: magical thinking, magical connecting, magical creativity and, yes, magic love. The hosts are the two gods of love, Venus and Neptune, who meet on Feb. 21, a day that could deliver the promise of the expectations we put on Valentine’s.

The pair has a knack for making God visible in a companion’s eyes, or in the colors of the sunset. They promise a respite from the everyday, in bliss, in ecstatic communion, in grace, in a gentle knowing that God’s in his heaven and all’s right with the world. Well, maybe not the outside world, but your interior one, if only for the moment.

This duo also has a knack for pulling off magic and miracles. Listen to your heart. It knows what it wants. Ask for that. Make wishes. Make lovely, imaginative, unicorn-and-rainbow wishes. What would it feel like if they came true? Float in the energies of your hearts’ dreams; immerse yourself in experiencing them as real.

It could happen. Venus and Neptune have the potent help of Jupiter in Scorpio, who’s linking our deepest, most perceptive selves with the highest, most enlightened parts of our being. The deep part also includes fears and monsters, so be on the lookout for them to surface (along with distrust and latent memories of betrayal or disappointment).

The realization could take through late summer or so, as Jupiter and Neptune travel with this link intact. Your wishes, and the developments around Feb. 21, set a story arc for the rest of the year, until Mars meets up with Neptune in December and invigorates them – or finally delivers.

Venus says what she wants; Mars goes out after it. She delivers his marching orders with a powerful shove when the two square on Feb. 23. Mercury soaks up her heaven-blessed desires on the same day when he merges with Neptune, bringing messages of love, perhaps, as well as an inherent understanding of what’s brewing. Mercury gives Mars a forceful nudge as the month ends. Conversations, thoughts, song lyrics and seemingly random bits of information trigger movement, backwash, excuses and, again, movement.

Keep in mind what happens when you play in a pool: water is hard to contain and hard to control; powerful motions sometimes get nowhere and sometimes come back on the sender. Action is likely by months’ end on your wishes, but fulfillment may take some time in materializing. Watch this space.

And strap into that rocket ship.