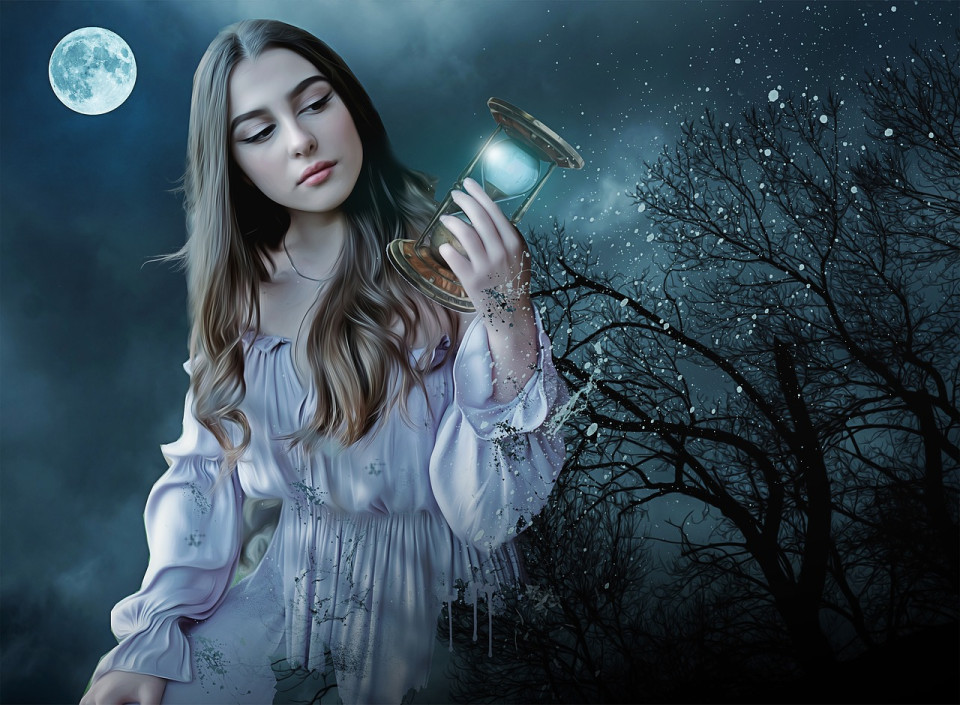 Hurry up and wait. December begins with a frenzy that morphs into steamy fog and running in place…and then quiets into…maybe not calm, exactly, but something closer to stillness than what we’ve experienced in years.

The year’s fiery energies are giving way to rock-solid earth, but they have a few more spectacles before passing the baton.

The first spectacle launches the month, pushing relationships and agreements out of gridlock and into new form, as Mars in Libra completes his final opposition to Uranus in Aries. The move releases pressure that has been building, most recently, since Mars squared Pluto in Capricorn in mid-November. The pressure is also working (perhaps implementing) developments that blossomed when expansive Jupiter made the same contacts at the beginning and end of March and again from August to September.

Steaminess and fog immediately envelope the action. The month’s first weekend promises maximum escapism – or unmooring from reality. With illusionist Neptune in the thick of the Gemini Full Moon on December 3, you may have trouble distinguishing between fantasy, spin and truth. And you may not care. No need to wonder in silence, or alone. This Moon is by nature chatty, and the sky’s line-up encourages and facilitates talking things out. And possibly deepening a connection. (Read more in my forecast.)

Plumbing the depths gets a boost when Mars, the ruler of our drive, slips into Scorpio on the 9th. His shift lends a decided tenacity, focus and fearlessness to actions.

Most of the remaining fire displays are going to enliven our attempts to think, talk and get around. All these are showing the effects of Mercury retrograde, which lasts through December 22. His backtracking will bring the usual confusion, misunderstandings, snarls and opportunities for do-overs, this time with impulsiveness, fieriness, excitement, passion, enthusiasm, aggravation, argumentativeness and anger.

This retrograde has an especially retrospective, round-up tone. As he travels from the final to the mid degrees of Sagittarius, Mercury is passing over the degrees where Saturn and Uranus met in a trine, the self-actualizing, norm-busting, innovation-birthing defining aspect of this year. Flare-ups may reveal important information. You may get a blast of motivation to confront or clear up snafus (watch out for technology!) or to dispatch unfinished business.  Combined with Mars in Scorpio, this transit bodes well for research, investigation and candor. ((Read more in my Mercury retrograde guide.)

The fire’s grand finale occurs December 18-19, when the Sagittarius New Moon is sandwiched between love goddess Venus and order-loving Saturn. The great taskmaster is clock-time minutes away from leaving the sign, where he has journeyed since December 2014. He won’t be part of another Sagittarius New Moon for nearly 30 years.

Watch for an “end of an era” and “lessons learned” feel to the New Moon – followed by a sensation of coming to ground. And getting serious indeed. Saturn is reentering his home of Capricorn for the first time since the late 80s. The switch is akin to going from a tear to sobering up in an instant –- embracing cold hard facts, recognizing what has lasting value and what has to be done to attain or safeguard that.

We have three years to work on all that (and work is the operative word), since Saturn will be home until December 2020. While we’re initially coming to, the fire takes a curtain call, linking Venus to Uranus in Aries and giving a power-up to matters of the heart and wallet. Payoff arrives from the pressure bursts that started the month. And the energies (even passions) that are stirred factor directly into the Solstice and beyond.

The Solstice underscores that serious business is at hand. Saturn is the gatekeeper greeting the Sun when it enters Capricorn on December 21. The longest night of the year (day, in the South Hemisphere) will feel endless. The final third of the month, usually the most demanding holiday stretch, has the sensation of being suspended in time.

See if you aren’t extraordinarily selective about activities and traditions, about the people you see, and about the cost and nature of gifts and celebrations. Quality has more appeal than quantity. We’ll all have our own version of “Santa Baby” on auto-play by the time Venus enters Capricorn, and meets Saturn, on the 25th – yes, that would be Christmas Day.

The mundane focus doesn’t doom us to cold experiences, though. We’ll be more in the moment, in suspension, in stillness. We’ll want, and value, items and relationships that can stand the test of time. Venus and Saturn in Capricorn together encourage putting a ring on it, whatever form that commitment may take. (This does not spell an epidemic of engagement rings, though it will bring that for some. It will trigger renewed attention to the people who matter most.)

After the exhilaration and excitement and explorations of this year, we are landing on a platform. We arrive knowing more of what matters to us. Look around in the last 10 days of the year. What you want, what you value, what you crave may well be right there: the path to your goals, and an ally or two to travel it with you.

Claiming it may not be a stretch. Help from beyond comes through a Mars/Neptune trine on December 28. Credit them when you feel the gentle shove of unseen hands against your back.