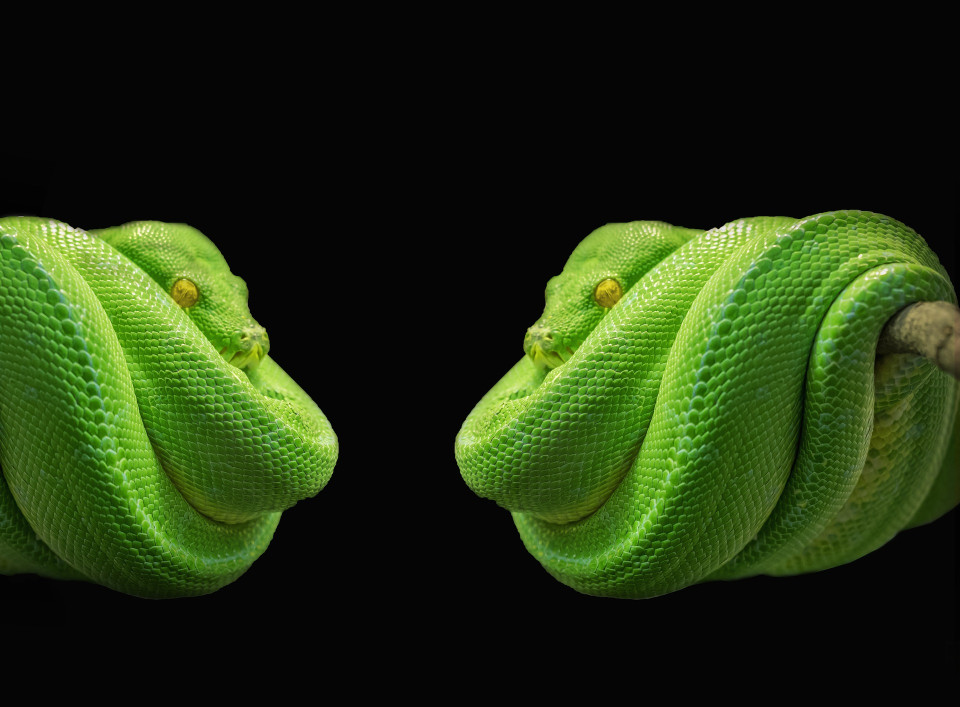 Clarity. Focus. Resolve. Scaling back. Immersion. October sees us moving out of chaos at last and into a drastically redefined reality.

Not that chaos is disappearing, but it’s constraining us less. And we’re motivated and able to get a move on.

The fiery energies of August have died back to embers, at most. We are emerging transformed — like a phoenix on a funeral pyre, like snakes shedding their skin — and viewing all of creation with refreshed eyes.

We’re no longer standing dead in our tracks, wondering if or how to respond. We know, instinctively, on all levels.

The effect may be akin to coming home from vacation and seeing what needs to be set up differently as soon as you walk in the door. In some instances, it’s like getting news that changes your world in an instant; you know in a flash what matters, and everything else falls away.

The defining process of the month ensues: getting clear, stripping down priorities, then diving deeply into what remains. It particularly affects motivations, drive to follow-through, relationships, agreements and values.

As the month starts, Pluto’s purifying, clarifying, simplifying scythe is touching both Venus and Mars, rulers of what we want and how we get it. Monsters, crazies and previously secret impulses come out in the open. Raw truths hit consciousness. We’re selective (okay, picky) and cutting waaaaay back on friends’ lists.

Eyes, hearts and sexual stirrings are awakening. Desires are becoming irresistible (from the impulse to survive at all costs, to Gollum-level clutching and muttering “my preciousssssssss”)

After both sides of the equation get a makeover, they are coming together, much like a marital couple making separate preparations, then meeting at the altar. Relationship shifts are a given by October 5, when Venus and Mars merge in Virgo under the Uranus-enhanced Aries Full Moon.

No more waiting, tolerating or putting up with. Desires and drive are on the same page. We’re jettisoning constraints and making plans. No fence-sitting, either. On the 8th, Venus squaring Saturn demands committing, while a Sun/Mercury conjunction brings awareness, of the score (as well as of the self).

Venus’ and Mars’ plans blossom as the cosmic couple enters Relationship Center, aka Libra (Venus on the 14th, followed by Mars on the 22nd).

It’s not hearts and flowers and chick flick plots, though. They’ve been transformed by Pluto, and what follows is intense, intimate and meaningful, probably more so than ever before. The Libra Full Moon provides the first, partial emotional status report on the 19th.

By then, diving deep has already been characterizing the month. Pluto’s early contacts to Venus and Mars led the way, then three bodies intensify the vibe by slipping into Pluto-ruled Scorpio, across the center of the month: Jupiter, on the 10th, Mercury on the 17th, and the Sun on the 23rd.

Jupiter’s shift ends his year-plus exploration of relationship territory and ushers in a 13-month voyage through the depths of existence. He last traveled these waters from October 2005 to November 2006. Watch for themes and issues from then to come back around for further development and expansion.

Minds, info and communication channels quickly follow him into the deep, with cosmic messenger Mercury in Scorpio through November 5.

October’s last two weeks have a decided Halloween vibe. We’re living real-life horror and thriller scripts, encountering monsters on their stomping grounds and experiencing eerie knowing (telepathy all around!) – but also getting to the bottom of a lot.

Have fun with it. Wear vampire fangs. Cosplay at work. Read cards at restaurants. Fantasy is showing up in what passes for real life, with Mercury trining Neptune on the 24th. The veil is thin, so peer behind it deliberately, fearlessly. Trust dream information and visitations; heck, invite them.

As for those relationships that made the cut? The month’s last days promise sweetness, role-playing and loving exchanges, made urgent and passionate per demands of the lady and lord of desire, Venus and Pluto, squaring on the 27th. Don’t be surprised if Halloween turns out to be more of a private celebration than usual.