An Archetypal Analysis of the Leo Solar Eclipse 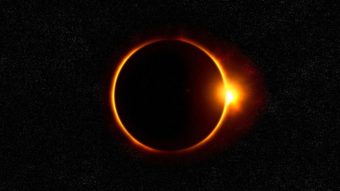 The archetypal interplay has been tugging at me since I posted my forecast for the much ballyhooed August 21 Leo solar eclipse.

The more I ponder it, the more I see markers for an epochal shift in the role of the feminine — not just coming to the fore, but fusing with the masculine and claiming equal power.

Let’s break down the symbolism.

A new moon is a symbolic divine marriage, though we don’t normally consciously treat it as such. It is a merging of the masculine (Sun) and feminine (Moon), of the head and the heart, of reason and love.

In a solar eclipse, the Moon overtakes the Sun. Covers the Sun. Blocks the light.

The Moon gets between the Sun and us down here on earth. It’s a moment of:

There’s more on both sides in this time out. The Moon is up against a double-dose of cosmic testosterone:  Not just the Sun, which she’s temporarily blocking, but also Mars, the god of war.

Doesn’t get more masculine than that. Mars is the planet of push. He rules what motivates us and how we go after what we want. Mars in Leo, at the end of Leo to be exact, has an attention-getting, entitled flair. Add extreme and self-aggrandizing to the following qualities, and you’ll have some idea of what he’s about here: Courageous. Actively protective of his pride (in both senses, ego-based as well as his family). Assertive. Dramatic. Bellicose.

Mars’ role in this line-up is galvanizing. He’s the source of the cases of Popeye’s spinach I’ve been talking about. He’s pressing cosmic hands against your shoulders, or putting a boot up your backside. Or maybe a cattle prod. Or a stick of dynamite.

He’s in the mix when the Moon crosses the Sun and the sky goes dark. Every fiber of the masculine is screaming GET UP AND GO when it is forced to … hold … and wait … while the Moon eclipses the Sun.

As for the feminine side of this equation? The Moon has some remarkable company.

This eclipse is conjunct Isis-Transpluto, little known as a calculated point but among the greatest of the great among goddesses. Queen, wife, mother, healer, Isis is about the most powerful feminine archetype you could imagine: She brought her dismembered husband Osiris back from the dead and bore him a son, Horus, in Egyptian lore. She’s participating in the eclipse stellium, from just inside the door to Virgo, the sign of health, betterment and service. And she’s one of the first bodies the Moon and then the Sun cross after leaving their embrace.

The other is Regulus, one of the four great Persian royal stars, representing royalty, leadership and the makers of laws. It’s called the “heart of the lion” and yet, strangely appropriately for this eclipse, it is no longer in Leo, where it spent most of our lifetimes. It is, like Isis, also at the beginning of Virgo, which it entered in 2011. As a result, this asteroid’s embodiment of power and royalty, long associated with the masculine and kings, is now cloaked in a feminine guise of service.

This shift brings to mind the film Orlando, starring Tilda Swinton, in which a young nobleman magically lives through centuries and, eventually, wakes up to find his body has become a woman’s. Something akin to that may be in store for most of us.

People now living who were born before 2011 have Regulus at the eclipse degree — including the generation known as the Baby Boom. Including Donald Trump. The eclipse is resetting our individual relationships to our regal, princely-entitled streak.

A Mars-powered Leo solar eclipse could provoke inner lions to roar, and to take actions that could backfire on them. Badly. There’s an alternative, though. We could come out of the eclipse awakening more to our feminine sides, and ruling more from a place of receptivity and service to others (instead of Leonine gratification of the ego), much as Orlando went to sleep a man and woke up a woman.

Returning to the symbolism and breaking it down even more:

And putting it another way:

This is profound cause for optimism, given how, let’s be honest, crazy current events have become. They will become even more so this eclipse plays out, immediately and over the next six months.

Yet as boisterous as this eclipse may be — as loud and exciting and catalyzing and violent (yes, sigh, probably violent) the actions it may spawn — the feminine is on it. She’s taking the controls. And she’s not letting go.

Don’t expect overnight miracles. (Although …. why not?) Humans are humans. Fighting and violence are in our emotional DNA. The masculine will continue to go on a tear.  But the balance of power is shifting, with this eclipse, and our world will change.

The feminine — and women — are stepping into power. And that shift will change how this world runs.*

Mother’s in the house. She’s watching. She’s calling a time out. She is stepping up and stepping in. And she’s not a harried, overstretched working mom whose husband doesn’t carry his load. She’s a queen, with regal bearing and phenomenal power, which she knows how to wield. She’s here to fix things and administer medicine. Some of it may be unpleasant, But it’s for our ultimate health, personally and collectively.

I am grateful to Marina Macario, Darkstar Astrology for alerting me to the possibilities of Regulus in Virgo, in her Leo solar eclipse forecast.