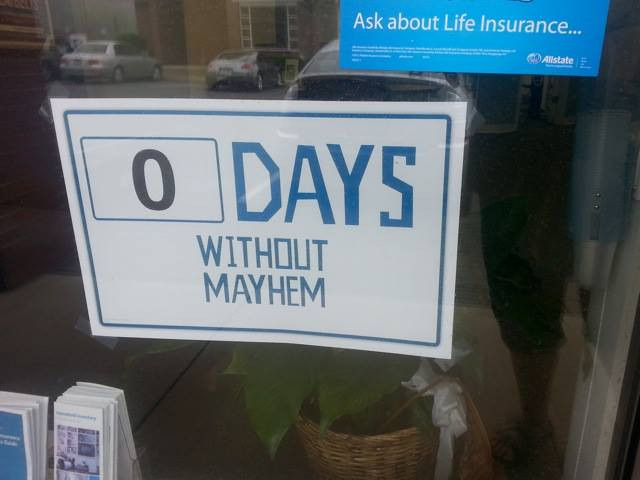 Volatile, catalyzing, head-spinning, game-changing: August is a month (or is that: minefield?) of milestones.

They come with revelations, departures, confusion, high-octane passions and a faster than fast pace. Fuel accelerant is pouring into impulses that have been building since December. (Self-actualization is one of them. Specific situations should be easy to spot.)

A drive is blazing that defies extinguishing or containment. Directing it may be possible, though. So is riding it. And it might actually be fun. (At times.)

The influence that kicks off the month builds more slowly and probably with less fanfare than what follows. It will pervade the headlines all the same, if you look for it, and run like a background program whether anyone is paying attention or not.

Seismic shifts and super-sized evolutionary surges hit foundations, infrastructures and institutions as the month begins and Jupiter squares Pluto. The pressure will mount with the subtlety of a lobster pot for nearly two months, not finding release till Jupiter completes his opposition to norm-shattering Uranus at the end of September.

More immediately noticeable in the first three weeks: Dramatic action and reaction are the general order of things, with warrior god Mars accompanying the Sun till he enters Virgo on the 22nd. This traveling pair is a double-dose of the masculine archetype, firing up courage, assertiveness, aggression, combativeness and anger. Everyone’s got a fix-it gene. No waiting to be asked; everyone’s going after what they want.

The month’s first eclipse, a lunar, brings a paradox: simultaneously experiencing defcon 2 level emotions and observing them with the intellectual curiosity of Mr. Spock. Watch for spiked understanding of your own inner workings, particularly in response to developments since February’s lunar eclipse in Leo. Much will take on a different light — a lunar eclipse always brings revelations — amid the clatter of doors slamming and chapters closing.

It’s Time For Another … Mercury Retrograde!

A cosmic invitation to think things over continues throughout the month. We won’t always welcome the suggestion, but declining isn’t much of an option. Communication, technology and travel are a patience-testing ground of snarls, complications, malfunctions and delays once Mercury stations retrograde on the 12th.

The implications may sneak up on us, since the two love and creativity planets, Venus and Neptune, are making beautiful music that day and lulling us all into reverie. We have weeks to wise up to the retrograde, which lasts till September 5.

He’s in one of his home signs, Virgo, which puts a practical spin on everything that unfolds – or misfires. Details are more than the usual tripwire. Annoyances may be … annoyingly … concrete.

On the plus side: the sign of the messenger’s retreat fits in with a retrograde’s potential for reorganizing and tidying matters up. Not to mention that tripping over words and our metaphoric shoe laces may keep us down here on earth while other influences threaten to blast us off it. And we may welcome a breather, even if it comes in the form of a retrograde snafu.

Read more in my guide How to Survive Mercury Retrograde in 2017.

Those other influences come from the fire that dominates the middle of the month, with the Sun, the New Moon (solar eclipse) and Mars running a circuit with Saturn and Uranus. Saturn and Uranus, lords of order and disruption, have been teaming since December. Their unlikely collaboration has been simultaneously bringing form to new growth and shattering structures and conventions. Now ego, heart and will get into the loop, forming the free flow of energy of a grand trine in fire.

Total Eclipse of the Sun

These linkages would be incendiary on their own. They take on super nova impact from coinciding with a total solar eclipse at the end of Leo, on August 21. A solar eclipse blots out people and situations, never to return, and hits the reset button. This time, with the added kick from Mars, our systems come back on line with a breathtaking, propulsive force, shooting us forward as if we’ve hit a power up in a racing game.

The Mars-powered solar eclipse is igniting the self-actualization imperative of the Saturn/Uranus trine. The explosion is blowing up conventions, norms, beliefs. shoulds, and situations built on them — commitments and teachings that have restrained you from living your own life and expressing your own being.

It won’t be all fun and games. At all. Some people will not accurately recognize these rumblings and will respond by acting out. With retrograde Mercury spawning misunderstandings and misstatements (and, alright, lies), it’ll be easy to react without confronting peaceably and unraveling the snarl.

Patience will be in short supply. Tempers will flare. Anger will have the effect of eating cases of Popeye’s spinach. Be mindful of who and what are in your line of fire.

The rebooting plays out long beyond August. It may be easier to chew on what is transpiring when the Sun enters Virgo on the 22. A wave of noticeable shake-ps, break-ups and breakthroughs follows when Venus, ruler of our desires, approaches maximum nesting mode and slams the agent of unpredictable change, Uranus, on August 24.

She makes a quick change herself, taking on the flair and drama and grandeur of Leo on the 25th. It’s out of the kitchen (except, perhaps, for showy parties) and into the world, in search of attention, sun and fun. However the eclipses and grand trine are playing out, our hearts are beginning to get on board.

The month ends with potential for optimism and locking in some benefits from the hubbub. The 27th brings an opportunity to stabilize, via a cooperative link between beneficent Jupiter and structure-loving Saturn.

Messenger god Mercury jumps back into the fire of Leo on the 30th and criss-crosses the solar eclipse degree until mid-September. High-energy exchanges are a given. Ideas may move from intriguing concept to burning personal quest. The combustible atmosphere continues. These fires aren’t going out any time soon.

Learn what this means for you (and the United States) in my talk The Great American Eclipse — and You! Live at 4 PM EDT, Friday, Aug. 4 and afterwards on demand.

Harness the eclipses energies in Embracing the Eclipse: A Meditation for Personal Growth, live at 4 PH EDT, Friday, Aug. 19 and afterwards on demand.