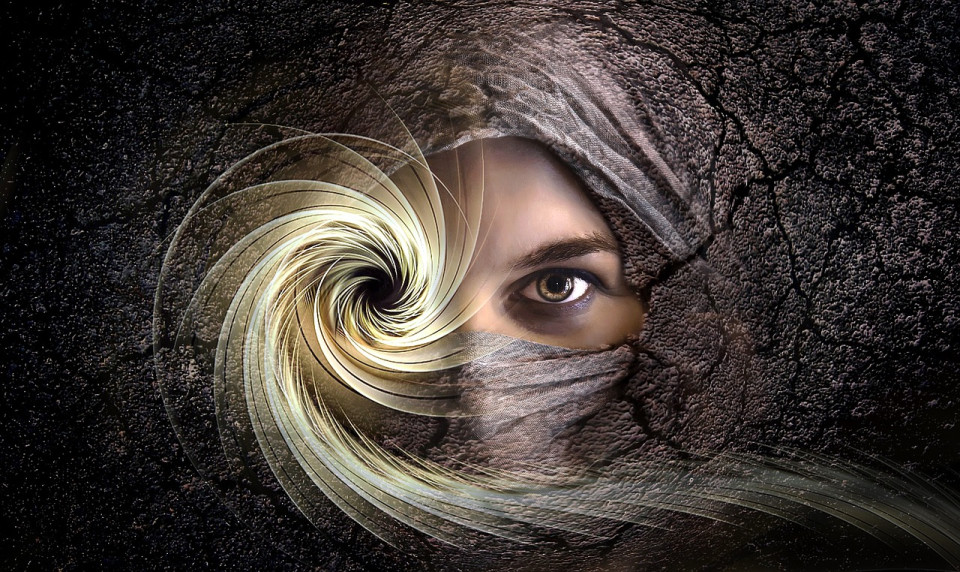 What’s that emerging from the deep? Monsters? Or treasures? Or both? Whichever, they’re huge, primal and laying it all on the emotional bottom line. We’ll be evaluating them (and those questions) under the cold, calculating light of the Capricorn Full Moon.

Well, maybe not as cold as usual, except for patches of frozen rage. And even that may be morphing into something much hotter.

Full Moons always bring culminations, and this one is coaxing out forces that have been stirring and stewing and building for a long, long time. They’re not pretty. They’re not comfortable. And they’re not entirely rational. Or even hardly.

A lot of what’s at stake involves matters that are rooted well below conscious thought. The Cancer/Capricorn axis is intrinsically connected to our fundamental sense of safety and security, emotionally and materially: home, tribal definitions, traditions, institutions.

All are super-charged, thanks to the honor guard accompanying this Full Moon. Mars, god of war and our drive, is standing with the Sun in Cancer, staring down Pluto, lord of death and rebirth, standing with the Moon in Capricorn. The gods of war and death are in a cosmic game of chicken, and neither is going to look away.

They’re certainly inviting us to join in the staring down. Do we ever have a lot to stew about. The preceding week especially bombarded us with power plays, unmaskings and true colors being revealed. We’re still making sense of it. The Mars/Pluto standoff is directing awareness and emotions to less than savory implications.

The tension is escalating tempers, bullying, fury, paranoia, panic, violence and threats (perceived or real)(but mostly perceived) to our possessions, security and very survival. “Us against them” is in the air, with “us” increasingly narrowly defined, and “them” elevated to demon status. Some people are feeling under attack; some people are on a rampage, perhaps living the admonition that a good offense is the best defense.

Now, it’s possible that you may be immune from such an extreme calculus, personally. (Keep popcorn on hand for what you see around you and on the news, though.) Even so, this Moon is honing your personal bottom line. See if you don’t have moments of absolute, uncluttered clarity about your priorities (fewer and fewer, aren’t they?) — and your negotiables (ditto?). You know what matters to you, and no longer have time to waste on situations that do not.

Truth may hurt. It may sting. It may, indeed will, simplify. Much. The knowledge is profoundly empowering. It can temper us like steel, make us stronger and fierce and unbreakable — and all the more effective.

That strength’s going to come in handy, immediately. We’re at an evolve or die moment. Or, more likely, passageway.

Something’s gotta give. The stress point is relationships: specific connections, agreements, how we deal with each other in general. The Full Moon, amped by Mars and Pluto, is bearing down on Jupiter in Libra, and forcing evolutionary change in our connections. That line-up is a t-square, and the pressure from it is dumping out in the middle of Cancer, affecting family dynamics and pushing us to nurture (or take refuge in comfort food).

This has the effect of forcing a bud on relationship developments that have been brewing. Some might not make it, that’s true, but the ones that fall off you’ve been seeing coming. (And could be a relief, given the emotional roller coaster of the last week.)

The overall impact is surprisingly beneficial, despite this Moon’s intensity. Or delivering the silver lining to it. Love goddess Venus is moving into an easy flow with Jupiter, weaving a safety net of lightness, willingness to talk and fundamental friendliness.

Our newly sharpened priorities and bottom line are creating room for supportive connections to flourish. And the ones that aren’t are easy to let go. Our hearts are aiming for the long haul. They know better now what has staying power and value.