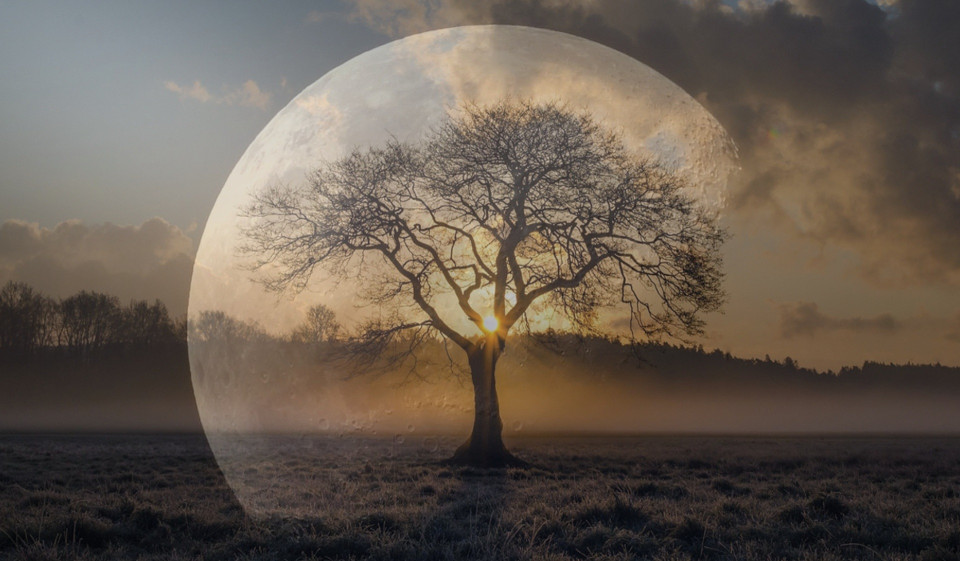 The spring’s plot twists and epiphanies are delivering us to the emotional culmination and release valve of the Scorpio Full Moon. This one has the power to send us deeper than deep into some matters — and dispatch others with the clean swiftness of a scalpel.

You have been spending more mindful time in your garden lately, since last month’s Taurus New Moon drove attention to the physicality of existence. It’s been quite the lightning field, with some strikes throwing a stark and sudden light on one sector or another, and others hitting you smack in the head.

The excitement’s come from Mercury and Uranus, the cosmic messenger and the cosmic iconoclast, playing Humpty Dumpty with practicalities, resources and supply lines, and our very concepts of our own worth. The Scorpio Full Moon marks the beginning of the end of their trickster teamwork. They’ve been tight since the end of April, and make the second of two conjunctions on the morning of the Full Moon.

As a result, this year’s review of what we’ve been tending is not the usual immersion in intensity and the primordial. We’re going in with massively altered perspectives, which affect the emotional score cards we’re ticking off now.

Watch for some combination of the following questions to surface. Responses will be radically different from what they would have been even two weeks ago.

What’s the condition of your resources? (A shortlist for starters:  cash, technology, marketable skills.) Are they supporting and nurturing you? Are you enjoying them, or the effort you put into them? Is the return worth the effort?  Do you possess them, or do they possess you?

What’s the role of other people? Who’s on your share list? Who’s returning the favor?  Contributing to your garden? Valuing it? And maybe: do you possess them? Do they possess you?

Questions like these color the emotions coming to a head now. They may not all be pretty — some nasty, scary beasts lurk in the waters of Scorpio — but they don’t have to stick around long, at least not in the form of their surfacing.

The potential for release comes from a supportive link from this Full Moon to its ruler, Pluto, ruler of the beasts and treasures alike that lurk within the deep. He’s also the lord of death and rebirth, and his participation enables swift and clean response:  clarifying, simplifying, prioritizing and, where necessary, cutting away.

He’s escalating the sense of quickening, adding an air of facing the unavoidable and inevitable, and arming us with fearlessness and ruthlessness (which does not have to be cruel).  The tools will come in handy no matter what is coming up. When Scorpio is involved, even developments you rationally see as positive have a way of inspiring you to take a deep breath before proceeding.

Much of what transpires now will be natural, organic or unforced, like the cycles of nature that Pluto rules. You know on some level — cellular or subconscious, if not rational — what is ready to die, to leave, to be transformed, to be embraced and allowed to grow deeper and more intense.

Thanks to Mercury and Uranus, you’re more ready for any of these eventualities. The lightning strikes have already shattered your attachment to certain values, points of view and mundane situations. So you may find yourself approaching the Scorpio cauldron with more relief and anticipation than dread, and excitedly tossing in this and that as it churns and bubbles and transmutes.

You can spot decay with an objective eye and address, attack and clear, so work that ability. Look around to see what isn’t thriving, then deal with it. Prune the dead and dying. Unplug unsalvagable situations from life support. Clean out debris and clutter.

Get rid of anything that doesn’t suit, support or nourish you anymore, or that no longer interests you, or that no longer deserves a place in what precious time remains. You’re freeing  space and resources (time, money, emotion, energy) that could go to what you do want to flourish.

And as you pare down your shortlist, one or two items may make the cut that give you pause and stir a mix of excitement, anticipation and terror.  That’s your signal:  Trust. Dive in. Merge.