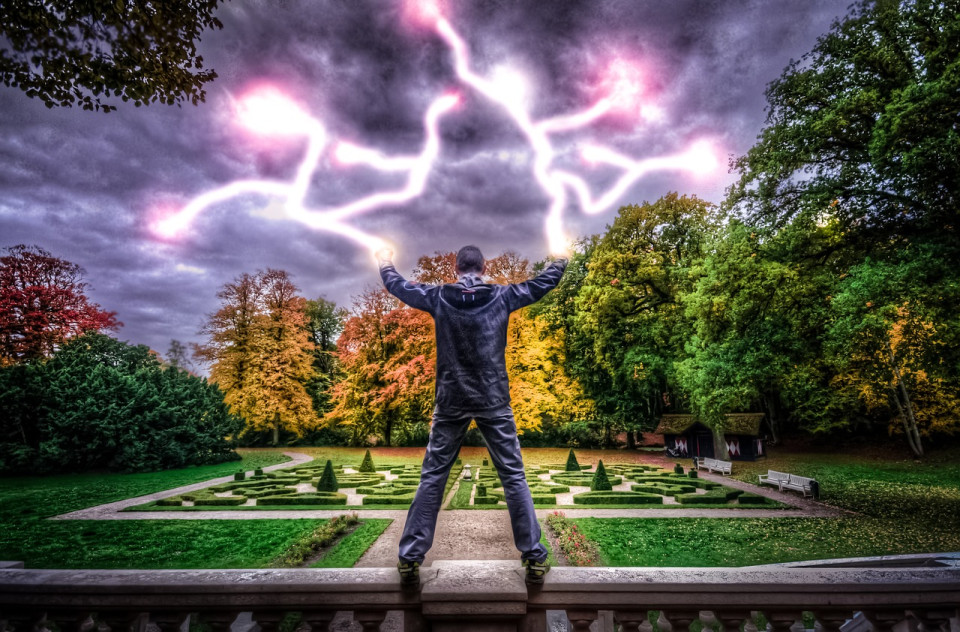 This month is brought to you by the planets Mercury and Uranus.

May promises a crazy-quilt of epiphanies and breakthroughs; explosions and implosions; structure and solidifying; and ever-greater commitment to self. And beyond the broken glass from so many shattered light bulbs, life-changing messages and streamlined priorities.

The hubbub comes from several overlapping cycles entering new phases. Our minds and information streams are in the middle of it all, tilting, opening, changing, committing and arriving at core truths. The activity fuels an actualizing fervor that ignited in December and is now hitting a reality-testing plateau. Inner fires are flaring, conveniently dovetailing with a renewed cosmic imperative for our lights to shine brightly, courageously, unabashedly.

If you’ve been feeling stuck or thwarted, help is on the way. This month’s journey will hand you occasions galore to retool your perspective, get out of your own way and embrace the value and uniqueness of the individual you are. Not to mention drop attachments that simply do not matter anymore.

The month begins with cosmic messenger Mercury ending his retrograde, on May 3. His domain of communication and transportation is not going to magically slide into normalcy, though. Plenty of surprises are still in store, since the cosmic messenger is teaming with his higher octave (think: overlord), Uranus, the cosmic rebel, iconoclast and, advocate of alternate viewpoints.

They are tight for the first 10 days of the month, and then some. Since both Mercury and Uranus are tricksters, plot twists will abound, heavy on breakages and changes of plans. Derailments may (okay: will) be frustrating, but force clean-up that frees you in the long run (for example, taking out a computer system that you’ve been putting off upgrading).

Pussy-footing or foot-dragging is not an option, so dive in or be prepared to have hands shove your back into action. Fighting words are in the air, but so are the motivation and drive to back words up with action, and not always with forethought. Mercury and Mars are in each other’s signs for the first half of the month, a condition called mutual reception that involves each in the other’s business.

Once Mercury returns to earth-bound Taurus on the 15th, communicating and getting around take on a more deliberate, practical, leisurely pace. Both stabilize and ground before then, though, when Mercury links to order-loving Saturn on the 11th.

With that contact, the innovations and mind-shifts that launched the month funnel into matters that have been in process since December (at least) and are now hitting reality testing. One extreme or the other is the result, blossoming or disintegrating, thanks to the easy flow of a trine between unlikely collaborators, the lords of structure and chaos,  Saturn and Uranus.

This is the middle point in a three stage process, which started in December and wraps up in November. Their trine is exact on the 19th but it’s no one-day event. Instead, it is the defining, actualizing aspect of the month and one of the major influences molding the entire year.

Under this creative forces and projects (Uranus in Aries) are coming into being, while life philosophies and systems of thoughts and rules (Saturn in Sagittarius) are shattering. Though bits of the process may come out of the blue, the genesis is long-standing.

Whatever is transpiring now, on both personal and collective levels, is an outgrowth of the tectonic shifts and restructuring of 2012-2015, and is possible largely only because of that upheaval.

We’re coming into the second trine with the benefit of everything we experienced and, if we were paying attention, learned, during the past two months of retrogrades in Aries — first Venus, ruler of our desires, then Mercury. See if, as the month progresses, you don’t end up finding moments and details from the past two months pertinent, useful and energizing, in ways you did not perceive a few weeks back.

As building blocks move into place or crumble, the skies are nudging each of us toward center stage in our lives. The nodes of the moon shift to the axis of the current eclipses, Leo/Aquarius, on the 10th, which also sees the Pluto-ruled Scorpio Full Moon. (Intense emotional experiences and purging, anyone?)

The north node’s move to Leo resurrects a challenge from 19 years ago, finding our special place in the midst of the collective. The eclipses have already begun that challenge. The nodal shift’s effect on the month is both backdrop and underscoring of the ongoing imperative to be our truth, our whole truth and nothing but our truth.

The final days of the month push toward exactly that. Evolve or die, demand the rulers of desire and money, Venus and Pluto, on the 25th — when the imperative coincides with, and commandeers, the Mercury-ruled Gemini New Moon.

The limits of our grasp and efforts stir frustration on the 29th, when Mars stares down Saturn. The next day, the warrior god gets an assist from Uranus and a new or unexpected way out appears.

Profound clarity ends the month. Messenger god Mercury is in a groove with Pluto, lord of death and rebirth. Messages and thoughts are monumental, perhaps brutal, but healthful and refocusing. This teamwork brings instantaneous aware of what is important, ejecting trivia and clutter from your personal universe and leaving what really matters.

Self-actualizing becomes easier when you cut out what you aren’t. And that’s what you face as the month ends.