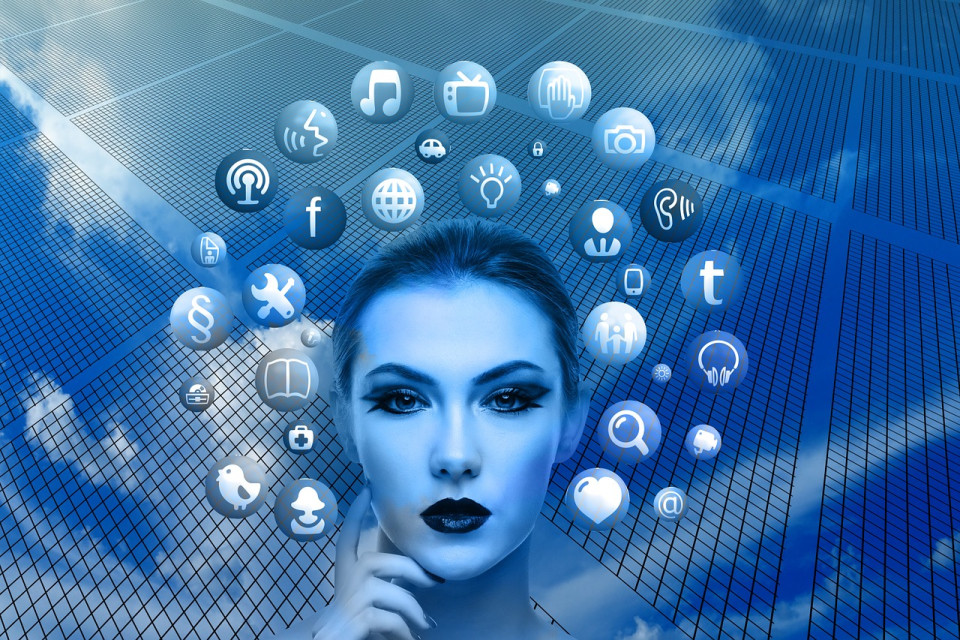 Sticks and stones may break my bones, but words will never harm me. Or do they? The question is up for consideration under the Gemini Full Moon. It’s highlighting the emotional power and impact of words, from the ones you tell yourself to everything that floats by, to and through you.

Where is your mind going? What’s pouring in and out of it? How’s your information flow these days? More to the point: how is it making you feel? Happy? Safe? Disoriented? Confused? Angry? Resolute?

Staying calm and centered — and even just knowing which thoughts are yours and which belong to someone else — have been more than the usual challenge lately. One reason is the epidemic of seemingly inescapable, emotionally laden messages in private and public conversation. Another is the pervasive sense that we have become unmoored from what previously passed as reality. Both trends are escalating to a point of departure now.

The weeks since the Sagittarius New Moon have brought abundant opportunity to commit to your personal code of ethics by putting it into action. They’ve also encouraged people to make statements that show who they really are. Have you been listening? Some of these statements are still hovering around you and have a role to play in your Full Moon process. Tune in to them.

“There’s glory for you!”

“I don’t know what you mean by glory,” Alice said.

Humpty Dumpty smiled contemptuously. “Of course you don’t — till I tell you! I meant, ‘There’s a nice knock-down argument for you!’”

“When I use a word,” Humpty Dumpty said, in rather scornful tone, “It means just what I choose it to mean — neither more nor less!”

“Through The Looking Glass” by Lewis Carroll

Social media has been abuzz with fake news and admonitions about sites to avoid, calling out lies and spreading tantrums and Tweetstorms. What’s been your personal parallel?  Think about how these phenomena have been showing up in your life. Has someone lied to you? Have you been lying to yourself? Basing opinions on faulty data?

Words that never were true, spoken to help nobody but you, words with lies inside — “Words,” by Tommy Boyce & Bobby Hart, recorded by The Monkees

This Moon Full supports reviewing the quality and reliability of your information flow — and reshaping it to your benefit. That does not necessarily mean eliminating viewpoints that differ from yours. It’s hardly helpful to live an echo chamber that amplifies one perspective and blocks the possibility of learning and growth.

It may be time, however, to separate yourself from viewpoints and messages that violate your code of ethics, make you feel bad, or harm you. And to rethink your information sources. And maybe to spend less time online. Or more in direct contact. Face to face, even.

You can do this. Easily. The rulers of this Full Moon party are both pushing this along, in their own distinctive ways.

Cosmic messenger Mercury is the ruler of the Gemini Moon, and he’s closing in on Pluto, lord of death and regeneration, who strips everything he touches down to its essence. That’s a recipe for deep-level, permanent change, which we’ll get to revisit and take even deeper when Mercury begins his final retrograde of the year on December 19.

Less dramatically, the ruler of the Sagittarius Sun, boundless Jupiter, is making harmonious links to both the Sun and the Moon, which open both mind and heart to optimism and positive expansion.

The same result is coming from action hero Mars, in progressive, detached, future-oriented Aquarius. He is working with Jupiter and the Moon in the freely flowing energy of a grand trine, which connects thoughts, emotions and actions in a continuous loop. The warrior god’s Spock-like perspective (and willingness to fight for the greater good) is blending with the Gemini Moon’s lively, multi-faceted intellectual bent (and emotional reactions to our data flow) and Jupiter’s optimism, expansiveness and current interest in relationships and agreements.

An example of this trio’s potential is the veterans’ arrival at Standing Rock on December 4, which combined warriors, social action, and communicating information and emotions via channels outside mainstream media. Like that convergence, the Moon/Jupiter/Mars trine is pouring alternate and more beneficial possibilities into our thoughts, emotions, actions and social compacts.

Pressure is bearing down to reset boundaries, too. It may not be as comfortable as Jupiter’s input, but it’s both helpful and curative. It’s coming off the dynamic configuration of the t-square the Sun and the Moon are making to Chiron in Pisces, and offering an escape route into intactness.

With the wounded healer in the waters of inter-connectedness, we have been, in some ways, drowning in emotional wounds — ours, our friends’ and family’s, those of the downtrodden or underdogs, strangers’ plights that flash across our screens, down to deep and core traumas in our collective psyche.

Maximum life force is building within each of us. With wild card Uranus in the mix, it’s impossible to predict with any certainty the how and what that’s coming. Still, this Full Moon may provide some road markers.

It’s stoking the future-oriented genius of Uranus, which is inspiring courageous leaps onto our own distinctive paths. The Sun is standing with Saturn, bringing stability and an energetic grounding cord to the Full Moon and the blast that is coming.

So clean your radar. Clear out the static. Dump other people’s baggage out of your flight kit. Fine tune your signal. And buckle up for blast off.

© Text Kathy Biehl 2016. All Rights Reserved. You may forward this article as long as the copyright notice is intact. No part may be used or reprinted without my prior written permission. Karma, ya know.