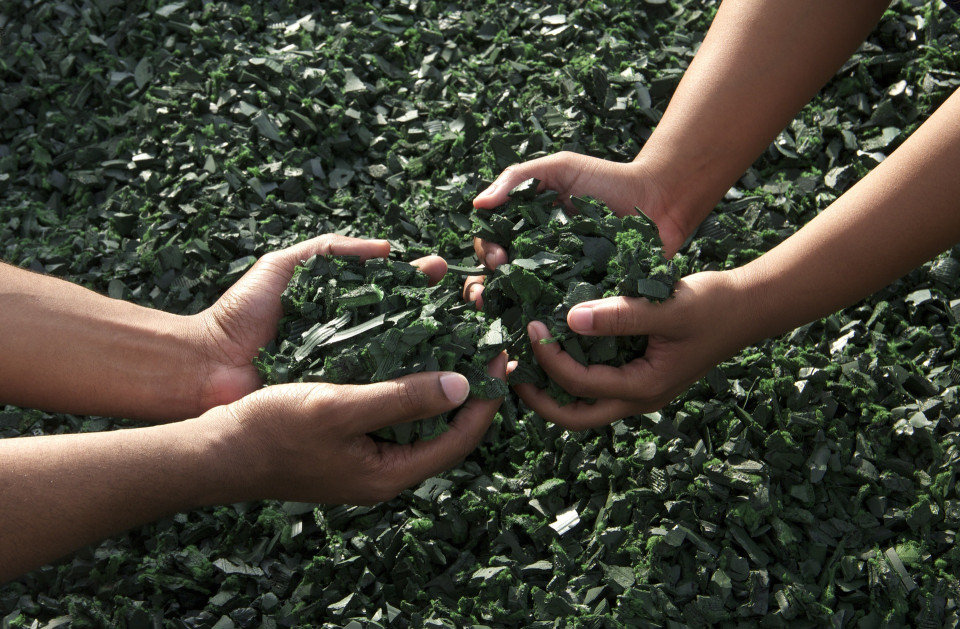 Enough with the falling apart and endings. November sees us making action plans and alliances, then moving forward on them. All the revamped structures and foundations that have been taking shape are ready for further development. We won’t be working on them alone.

Relationships are the centerpiece of the month, even for you loners. The month launches with an analytical, practical union between the feminine and the masculine, which is occurring within each of us as well as in certain connections. The impetus is Venus and Mars making their third conjunction of the year on November 2. This is not the stuff of hot and heavy passion, unlike their trysts in February (in impulsive Aries) and August (in high drama Leo).  Instead, the effect is intellectual and detached to an extreme:  Where do we want to go, and how do we get there?  Desires we have thought quite a bit about are meeting the wherewithal to make them happen, in incremental steps, and with flexibility in how to go about them.

The combination supports planning, team work and division of labor, much of which will grow out of and likely build on structural changes that shaped up last month. It’s not all work gloves and project management, though. Loving overtones are beaming down as we shoulder tasks, and especially as we tackle them shoulder to shoulder. We are well disposed toward each other, and probably toward a particular other, all month long. After linking desire and ambition (and sealing many a meeting of the minds — and hearts), Venus and Mars scoot out of the work zone and into her second home, Relationship Central aka Libra.  She goes home on the 8th; he follows on the 12th; and the two travel in close company for the remainder of the month and then some.

So good luck hiding out in your cave. Odds are you won’t want to, though. You’re likely to seek out company, and it will certainly be looking for you. Attractive developments, opportunities and individuals will be providing incentive to come out and play and, of course, work. That vibe of practical, purposeful, productive activity isn’t going away. It persists as our collective path moves to issues of service vs. sacrifice, signaled by the North Node of the Moon shifting into Virgo, just before Mars’ move, for the next 18 months.

We’ll be thinking and talking up a storm about what all this means, although not always with words. Mercury, the guy in charge of the yapping, scurries through three distinct communication modes this month. He’s still in the playbook of winning friends and influencing people, in the phrasing-conscious sign of Libra as the month starts.

Telepathy, inferences, subtext and undercurrents dominate from Nov. 2 – 20th, when he scuba dives through Scorpio. His underwater adventures will prompt meaningful conversation with the power to build intimacy even in the midst of mundane tasks. (Think: sharing your deepest self while scrubbing the tub and toilet.) They will also stir truths, secrets and baggage, both welcome and not so. Some will come to the surface; some you will try to keep down below — but don’t be surprised if they manage to churn the water with hints that they are present. All these impulses and possibilities take on tenacity and emotional intensity at the Scorpio New Moon, on Nov. 11th.

Thought and talk go from the deep to flying high from the 20th on, when Mercury travels through Sagittarius. Conversation turns lighter, optimistic, inclined to reach out (instead of within) for answers and information — ultimately.  Finding the humor in situations returns — ultimately. The first days could be slow-going, though. Watch for didactic, jingoistic, my-way-or-the-highway tendencies as Mercury finds his flight commandeered by Saturn, lord of structure, responsibility and the status quo. Saturn’s brakes on Mercury call for maturity, research and producing solid information, rather than pulling statements out of the …air, let’s call it. Jokes will turn serious, which they, in fact, often are. Fibs and fudging will be found out; consequences will be imposed. Speak and think wisely, even if playing the clown.

The effect is anything but a party atmosphere. It’s more like oral exams or thesis defense. Mercury and Saturn require taking responsibility for words, thoughts and beliefs — and point out if (or where) there is a disconnect. (That theme will mushroom in March, when Saturn and bigger-is-better Jupiter mix it up with Neptune’s fog machine.)

While Mercury and Saturn are putting limits on our communication streams — and our getting around, too; be on the lookout for road closures, traffic jams and other travel impediments (airline computer systems going down, perhaps?) (again?) — those action plans and alliances from the start of the month will be going into higher gear. Pressure will peak between the 20th and the 23rd, when relationships, money and our heart’s desires demand a place in the structures and foundations that are growing out of the upheaval of the past few years. We will have no choice but to move ahead with a vengeance.

During those days, a dynamic configuration called a t-square will be pitting Venus (ruler of the aforesaid relationships, money and heart’s desires) in her relationship home of Libra against Uranus, cosmic agent of volatile change, in impulsive, go-it-alone Aries, with each bearing down on Pluto, cosmic agent of unavoidable change, in structure and status-quo loving Capricorn. The upshot:  Resistance is futile. Evolution is inevitable. More liberation from decaying systems is coming. More breaking out of situations that do not allow being yourself is coming. More morphing of relationship structures is coming. More irresistible, magnetic, nutso-bordering-on-stalkerish “gotta have it” impulses are coming. No, not another round of death and destruction. Everything is purposeful and forward moving. It’s all part of the action plan, and part of the alliances, teams and partnerships working with us.

None of it is comfortable, and it will be hanging in the air as we round the bend to the first big year-end holiday tradition, Thanksgiving. This one is a tradition-breaker. A game changer. Or perhaps merely living proof that the tradition has already been broken; the game has already changed.

Still, it will be prudent to go into the holiday wise to what’s in the air. Ride into it knowing in your heart of hearts — in your very cells — that certain dynamics have to change. Heed the Mercury/Saturn insistence on constraining conversations. That pair’s impact will be most noticeable at the Gemini Full Moon on the 25th, the day before Thanksgiving. Throw out that childhood maxim, “Sticks and stones may break my bones, but words will never hurt me.”  They certainly could now. With that Mercury/Saturn link directly opposite the Full Moon, matters that might otherwise be entirely intellectual will mobilize emotions. Words — and the beliefs they reveal — could wallop. Words could make a heart black and blue. Words could have lasting ramifications. And everyone could be mishearing, misconstruing or misunderstanding, because of the Moon’s ruler Mercury pressing the button long and hard on Neptune’s fog machine.

Forewarned is forearmed. Thanksgiving week is simply going to feel and play out differently than other years, even the recent ones that already broke from old ways. This gives you some latitude to make up your own rules. Declare certain topics off-limits. (Politics, for starters.) Cut back your obligations, social calendar, guest list and even menus to only what is truly important to you. Return to the questions from earlier in the month:  Where do you want to go, and how do you get there? Use them to frame your activities, and watch the week simplify.

Don’t believe it? Have faith — in yourself — and just do it. By the end of the weekend, you stand to feel remarkably in control of yourself. And maybe, just maybe, your schedule as well. Not to mention your life.

Learn how this is affecting you: Order a guide for the next 13 months for your sign and book a session with me!

Readers call Astro-Insight: “Ridiculously accurate.” “On the nose.” “The best in the business bar none.”  Agree? Show your support! Thank you!

© Kathy Biehl 2015. All Rights Reserved. You may forward this article as long as the copyright notice is intact. No part may be used or reprinted without my prior written permission. Karma, ya know.